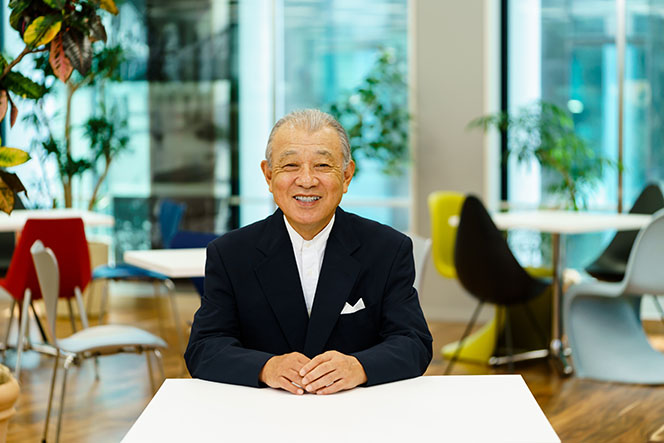 File photo of Yohei Sasakawa, Chairman of the Nippon Foundation

TOKYO, Dec. 19 (Xinhua) -- The most important thing for the peoples of Japan and China is to look to the future and work together to forge stable bilateral relations, said Chairman of the Nippon Foundation Yohei Sasakawa.

The 81-year-old Sasakawa, also honorary chairman of the Sasakawa Peace Foundation and the Sasakawa Japan-China Friendship Fund, made the remarks in an interview with Xinhua in Tokyo.

He reviewed the achievements of the fund over the past 30 years, saying that it would continue to deepen and expand exchanges with China in various fields in the future.

Established in December 1989 by the Sasakawa Peace Foundation, the Sasakawa Japan-China Friendship Fund aims at promoting mutual understanding between the Japanese and Chinese peoples and wishing for lasting peace between the two countries.

The Japanese and Chinese officers exchange program is the fund's only exchange activity related with politics. "I experienced war when I was six years old, and now at the age of 81, I am the last generation who has experienced war and the last living generation of witnesses. The tragic experience of war made me realize how precious peace is," Sasakawa recalled his childhood experience when speaking about setting up the program.

The fund launched the Japan-China university-level military officers exchange program in 2001 to carry out dialogues and exchanges in the field of security between the two countries. By September this year, 152 officers of the Japan Self-Defense Forces and 228 officers of the People's Liberation Army of China had visited each other's countries through the program. They not only visited each other's military bases, but also learned about the real social conditions of each other's countries by visiting rural areas and high-tech enterprises.

The fund has also set up postgraduate and doctoral courses in Chinese universities, established a scholarship system for college students, and built a system for Chinese doctors to study in Japan. What the fund has done for Japan-China exchanges over the past 30 years might not be earthshaking, but the projects might have created new opportunities for the participants, Sasakawa said.

In the future, the fund will continue to be an intermediary and create more opportunities for the two peoples, especially the young people, to learn each other's countries and enhance mutual understanding, he said.

Over the past 30 years, China has made brilliant achievements in various fields, Sasakawa said. When the fund was established, there were few decent libraries in Chinese universities, and the fund has donated more than 3.8 million books to 38 Chinese universities by far, he said.

Nowadays, all the universities in China have libraries and beautiful campuses. China's development and changes are beyond description, and the whole society has undergone earthshaking transformation, Sasakawa said.

As to the future of Japan-China relations, Sasakawa said that people often quote "taking history as a mirror and looking to the future." The most important thing for the two peoples is to look to the future, work together to forge stable bilateral relations and avoid tensions between the two neighbors, he said.