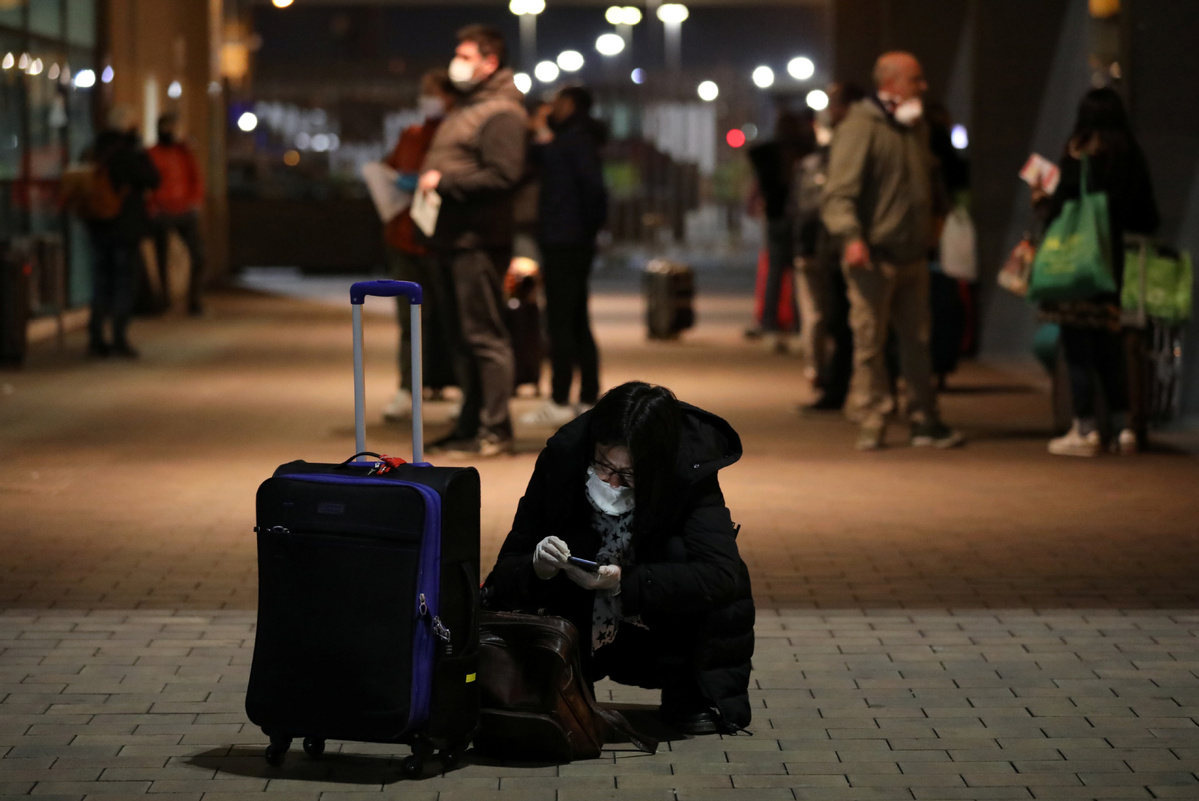 Passengers are seen as the Cruise Roma Ferry with 200 Spaniards on board arrives at port of Barcelona from the Italian port of Civitavecchia, following an agreement between the two countries for their repatriation after they got stranded due to the current travel restrictions under the coronavirus state of emergency, in Barcelona Spain March 25, 2020. (Photo: Agencies)

Aside from the obvious huge and tragic human cost of the novel coronavirus outbreak, the spread of the virus and efforts to protect life also have a dire economic impact.

The issue of economics and protecting life are by no means separate issues, it is estimated that economic and organizational disruption will lead to indirect deaths from the pandemic. This is not simply just about money. The strain of job losses and squandered economic dreams also has a profound impact on mental health in addition, another silent and invisible killer that similarly affects every country.

Spain, while in the depths of dealing with its novel coronavirus outbreak, is already calling out to the European Union for a 21st century "Marshall Plan", a reference to the roughly $15 billion (about $160 billion in today's money) of aid the United States gave to rebuild Europe after the devastation of World War II.

This rhetoric of World War II is by no means an exaggerated comparison of what medical workers on the front line in Europe are experiencing right now. For many countries in Europe, this will be the biggest threat to their nations in living memory.

Schools are shut, offices closed, workers desperately trying to do their best job remotely, but millions of self-employed people and people with jobs that are impossible to do from home are up in the air.

In the US, several states are now also in lockdown with unemployment rates threatening to rival those of the Great Depression around 100 years ago, a rate that saw as much as 25 percent of the labor force out of work.

Governments are acting fast to preserve any sense of normality for when the pandemic is eventually over. The US is about to distribute a potential pay package of $1,000 a month to all citizens who may need it.

The concept of universal basic income, once considered a fringe fantasy of US imaginative liberals such as Andrew Yang, now metamorphosing into a concrete necessity in just a matter of weeks. 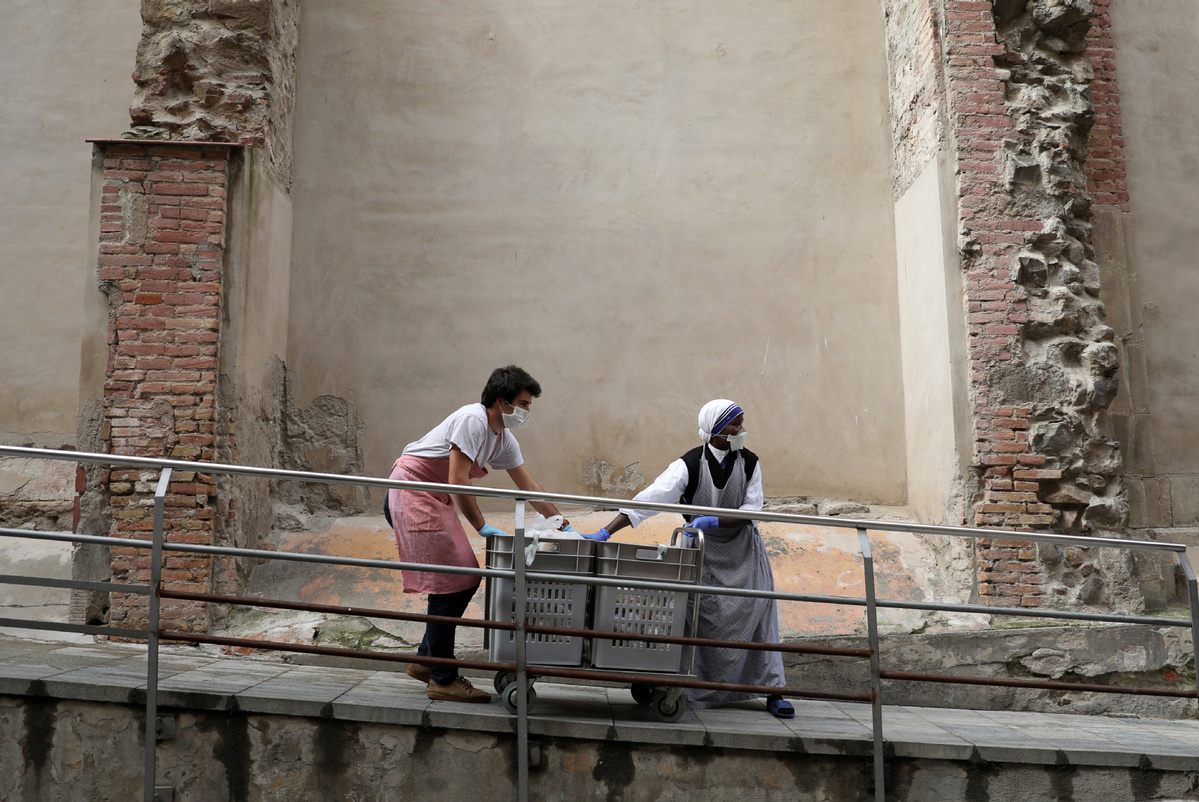 A Sister of Charity of Blessed Teresa of Calcutta and an assistant wear protective face masks as they carry bags of food on a troller for homeless people in the Raval district, as the coronavirus disease (COVID-19) outbreak continues, in Barcelona, Spain, March 25, 2020. (Photo: Agencies)

Countries in the EU, including the UK and France, have pledged unforeseen packages of emergency economic stimulus in the form of loans, grants, and tax breaks, worth hundreds of billions of pounds. Denmark has pledged to pay 75 percent of the salaries of all workers who cannot work due to the virus.

Governments recognize that they must support their citizens throughout this difficult time. Only time will tell how effective these varying, but never-be-foreseen acts of generosity end up proving to be.

This global health crisis has sparked countries all over the world to rethink and revolutionize the steps that governments take to intervene and look after their people. Industries, such as food production and healthcare, as well as video conferencing and home entertainment, are experiencing a huge surge in activity.

As our consumer habits change during this prolonged period of quarantine, it will be interesting to also see what the consumer landscape looks like when this is all over, and whether this may invoke longer-lasting changes in behavior that will affect government attention directed at different sectors of the economy.

Video-streaming websites, such as Netflix, have been working with local authorities across Europe to reduce streaming quality to cope with the increase in bandwidth demand. It is not all doom and gloom economically, however. At the time of writing, the FTSE 100 stock market in the UK also jumped 9 percent in one day, despite British novel coronavirus cases starting to accelerate, highlighting the volatility of our complex economic systems and also the hope of future healthy recovery led by governments that have not been tested like this in a very long time.