The dramatic and historic development in Afghanistan's situation in the past few weeks has seriously damaged the US image, and many key allies from Europe have expressed their concern over the credibility and reliability of the US-led alliance and urged their defense policy to be more independent and self-reliant, even though Joe Biden is seeking cooperation from them on the evacuation and post-war affairs. 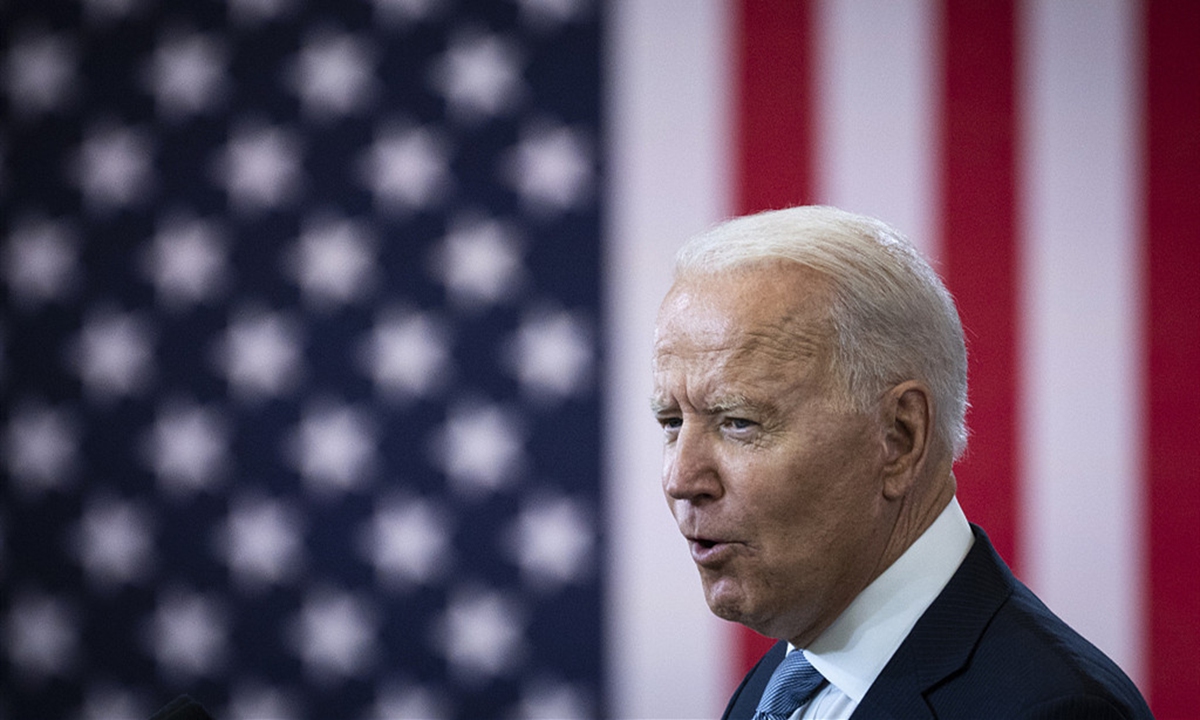 Chinese analysts said this is an inevitable impact on the West. Unlike the Cold War era, when most Western countries had no choice but to stand closely with the US, Europe now has more space and more reasons to make independent decisions. In the past, US failures in the Korean Peninsula and Vietnam didn't have a fundamental impact on the unity of the West. But today, the failure in Afghanistan is likely to make the US-led alliance less and less united, the experts noted.

Washington showed its allies worldwide that it's unable or unwilling to confront a small adversary with very basic weapons and about 70,000 troops. So in the future, when it urges its allies to challenge major powers like China and Russia, very few would follow, they said.

The Financial Times published an article on Tuesday titled "NATO allies urge rethink on alliance after Biden's 'unilateral' Afghanistan exit." The article said European leaders, politicians and officials of international organizations like the EU and NATO have great concerns over their problematic and unreliable ties with the US.

"This kind of troop withdrawal caused chaos. Chaos causes additional suffering," Artis Pabriks, Latvia's defense minister, told local radio on Tuesday. Such long-term missions were unlikely in the future, he added. "This era is over. Unfortunately, the West, and Europe in particular, are showing they are weaker globally," according to the FT.

Zhu Yongbiao, director of the Center for Afghanistan Studies at Lanzhou University, said it's totally reasonable for US allies to question Washington's capability, determination and will to protect its allies and lead the coalition, and Western countries will also face many problems following the evacuation, such as receiving refugees and those who want political asylum.

Chinese experts also found that the Biden administration is no different than the Trump administration in communicating with the alliance, as Biden shows respect on the surface, but in practice, the US is still unilateral, which means "multilateralism" is just a slogan for Biden to please Europe.

"We must realize that when it comes to the NATO mission to Afghanistan, it was not possible to have an independent role for Germany or the European forces," Merkel said on Monday. "We always said that we are basically dependent on the decisions of the US government."

But the negative impact on the US-led alliance should not be exaggerated, and US hegemony is far from collapsing, said Xiao He, an expert from the Institute of World Economics and Politics at the Chinese Academy of Social Sciences, adding that "the US withdrew from Vietnam but it has pulled itself out of the mess. So this has enabled it to pivot elsewhere. Some of its allies welcomed the US to give up some pointless fights."

Zhu said the current international situation is different from the Cold War era, because in the past, Western countries had no choice. But today, they are more independent in terms of decision-making. So after the failure in Afghanistan, members of NATO and the EU would definitely push more independent or self-reliant defense policies.

"It is time to make a shift towards greater sovereignty and the defense of our own interests," Lilith Verstrynge, another Podemos official, said, echoing French President Emmanuel Macron, the FT reported.

Macron also warned of a potential influx of Afghan migrants into Europe, adding that European Union leaders are in contact to launch an initiative against irregular migration.

Li Haidong, a professor at the Institute of International Relations of the China Foreign Affairs University, told the Global Times on Wednesday that "the US will have more frictions with its allies. Apart from the problem of refugees, the US would also want its allies to share in providing humanitarian aid and economic assistance to Afghanistan."

At the moment, the US economy is in trouble amid inflation and the need to prevent the stock market from sliding. So the Biden administration is unable to afford any new external spending, and it will pressure its allies for help, and then the new problems in trans-Atlantic relations will occur, Li noted.

Not only the West, but the rest of the world is questioning the role that the US could play at the moment. "By watching the confounding evacuation at Kabul airport, the world is thinking to what extent the US could still play as 'leader' to lead its partners to overcome new challenges," Shen Yi, a professor at the School of International Relations and Public Affairs of Fudan University, told the Global Times on Wednesday.

"Not to say building a new Afghanistan, the US can't even make its evacuation well-organized. Could the US government today lead the West? This is a question that needs to be carefully considered by all people and entities worldwide," Shen noted.