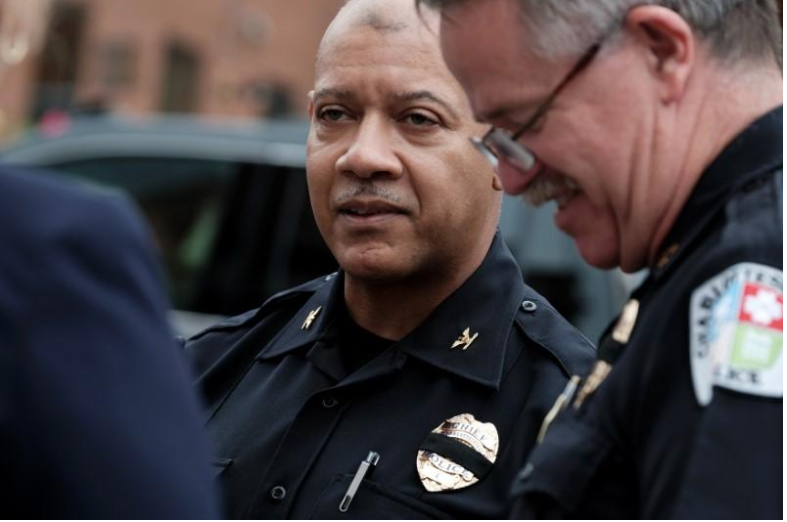 Charlottesville Police Chief Al Thomas (C) speaks to people outside the Charlottesville police headquarters as the city continues to deal with the repercussions of violence that erupted at the white nationalist "Unite the Right" rally in Charlottesville, Virginia, August 14, 2017. Photo: REUTERS/Justin Ide

The police chief of Charlottesville, Virginia, announced his retirement on Monday, about two weeks after a report faulted his department and others for failing to protect public safety during a white nationalist rally in August that turned deadly.

On Dec. 1, a three-month review by former US Attorney Timothy Heaphy blamed law enforcement agencies for breakdowns in planning and coordination, as well as a timid response, that led to “disastrous results.”

Police Chief Al Thomas’ retirement was effective immediately, the city said in a statement. The University of Virginia is located in Charlottesville.

“Nothing in my career has brought me more pride than serving as the police chief for the City of Charlottesville,” Thomas said in the statement, without providing a reason for his departure.

The rally sparked violence between counter-protesters and white nationalists, who were outraged by the city’s plan to remove a statue of Confederate General Robert E. Lee. It marked an eruption in tensions over symbols of the Civil War’s losing side. 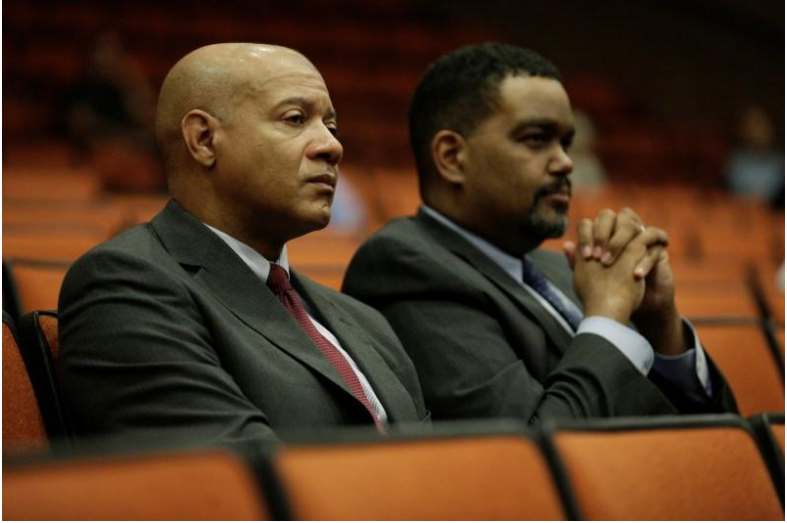 Charlottesville Chief of Police Al Thomas (L) and Charlottesville City Manager Maurice Jones listen to speakers during a public forum hosted by the Department of Justice Community Relations Service after a rally by far-right demonstrators led to the death of a counter protester in Charlottesville, Virginia, US, August 27, 2017. Photo: REUTERS/Joshua Roberts

A 32-year-old woman was killed when a car plowed into a group of counter-demonstrators. A white supremacist is in custody for the death and facing a first-degree murder charge.

Heaphy’s report on the violence said Thomas sought to limit information requested by an investigation team and deleted text messages relevant to the review. Thomas denied efforts to hide information, the report added.

Officers were not properly trained or deployed, the report said. State and city police used different radio systems during the rally, preventing them from communicating effectively.

The report said Charlottesville wrongly believed it could not ban protesters from carrying items such as clubs and shields, and city and state police took too passive an approach when clashes broke out.

Charlottesville City Manager Maurice Jones on Monday called Thomas “a man of integrity” and said the city will appoint an interim police chief within the next week.