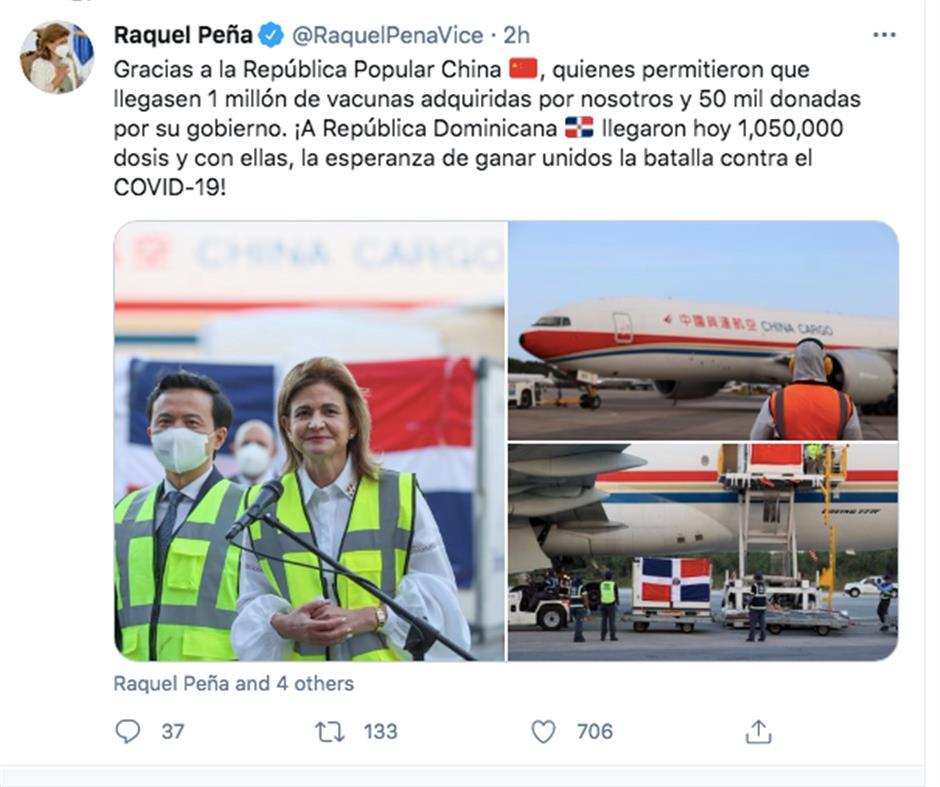 The flight, operated by Shanghai-based China Eastern Airlines, delivered 1.05 million doses of vaccines and injectors, including 50,000 shots donated by the Chinese government, to Santo Domingo, the Dominican capital, on Thursday morning Beijing time.

The flight took off from Beijing and reached the Caribbean country after flying for over 17 hours and about 16,000 kilometers. Since there is no existing air route between China and the Dominican Republic, the Eastern Air Logistics had to fly to Chicago, United States, first and then apply for a temporary flight to the destination.

The company had opened green channels for security checks and vaccine loading process, according to China Eastern.

Dominican Vice President and Head of Health Cabinet Raquel Pena was at Santo Domingo airport to receive the vaccine shipment. Welcoming their arrival, she said the Chinese vaccines had brought hope to the Dominican people.

The Dominican government has already announced its COVID-19 vaccination program. About 7.8 million people over the age 18 will get the shots this year. 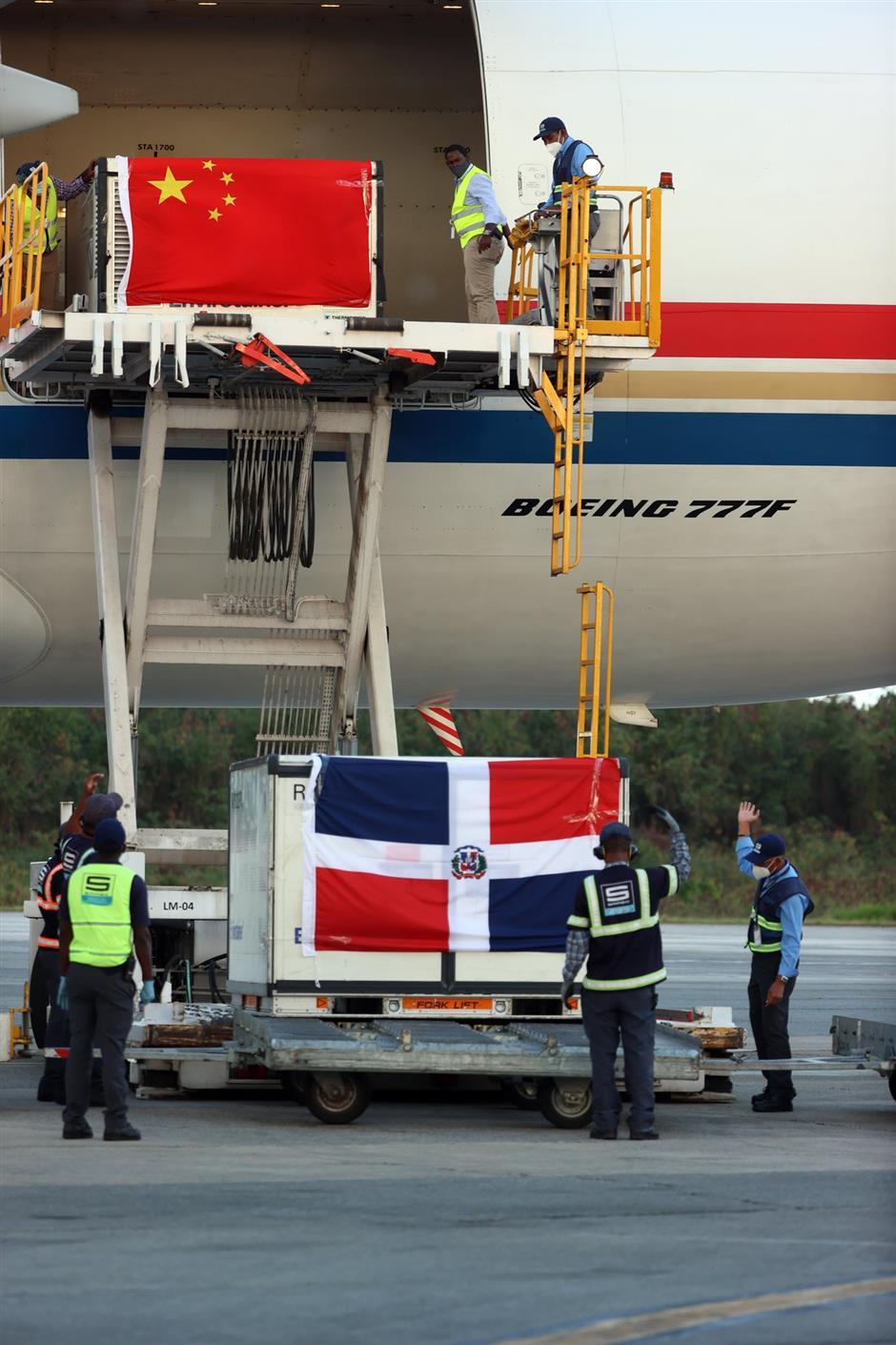