Tens of thousands of flag-waving spectators cheered Japan's new Emperor Naruhito on Sunday during a rare open-top car imperial parade that was rescheduled after a deadly typhoon. 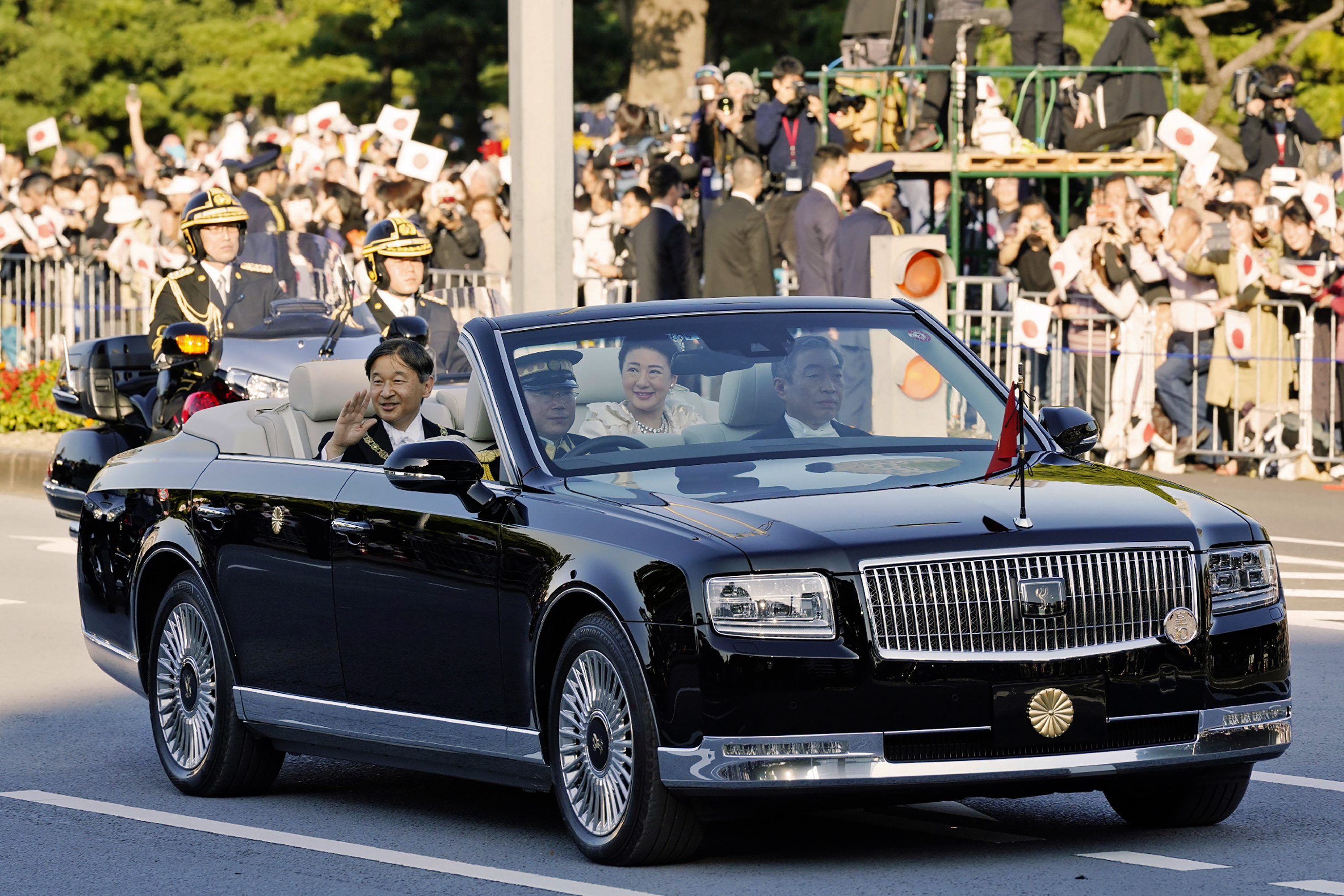 Some in the crowd camped overnight to nab a prime stop by the palace for the 30-minute parade featuring the emperor and his wife Empress Masako.

The event was one of the final events marking Naruhito's ascension to the throne after his father Akihito earlier this year became the first Japanese emperor in two centuries to abdicate.

The royal couple emerged from the palace moments before 3:00 pm (0600 GMT), with the Emperor wearing formal Western clothing and the Empress dressed in a long cream gown and jacket, wearing a tiara passed down by her predecessor.

Security was high for the event, with long lines forming hours ahead of the parade and thousands of police deployed to search bags and move spectators through metal detectors.

Security forces lined the entire length of the route in double rows, keeping close watch as the slow-moving parade passed, flanked by police on motorbikes.

In the minutes before the parade began, police at one checkpoint warned would-be attendees that the area was full.

"We're at Disneyland levels of crowding. The security check won't finish in time for you to see the parade," one policeman with a loudspeaker warned those still in line.

'Once in a lifetime'

Yoko Mori, 64, lined up from 10:00 am to secure a spot, travelling from Saitama outside Tokyo.

"We came here because it's a once in a lifetime opportunity and we wanted to celebrate this event," she told AFP, flanked by her friend Chiyoe Ito, 70.

"But it's regrettable that we just had a glimpse of the car. I concentrated so much on taking a photo, I barely looked with my own eyes."

Yoko Yokota, 84, was in tears with excitement at the chance to spot the emperor up close.

Hours before the parade, Yukari Oshita told AFP she felt a closeness to Naruhito, the first emperor born in post-war Japan.

"The Emperor is a few years younger than me but belongs to the same generation, and I feel connected with him," she said.

"And Empress Masako is someone who can be a role model for modern women with full-time jobs."

After the national anthem was played, the royal couple boarded a specially made car featuring the chrysanthemum imperial logo on the sides and the royal flag on its bonnet.

The parade of nearly five kilometres (three miles) through central Tokyo was originally scheduled for October 22, but the government postponed it after more than 80 people were killed by Typhoon Hagibis last month.

The royal couple is popular, and so many people gathered to line the route that some were unable to make it through checkpoints.

Shigeko Kawamura, 68, lined up at one checkpoint from noon but couldn't get close.

"I couldn't see the parade at all," she said mournfully, but pronounced it "a memorable moment" nonetheless.

"I came here to celebrate and particularly to have a look at Ms Masako, a great woman."

Educated at Harvard, Masako left behind a promising diplomatic career to marry into the royal family.

She has struggled to adjust to cloistered royal life, suffering an adjustment disorder that led to a scaling back of her public appearances.

But she has appeared confident during the events marking Naruhito's enthronement.

Naruhito officially ascended the throne earlier this year, with an elaborate and ritual-bound ceremony last month proclaiming his rise before dignitaries from around the world.