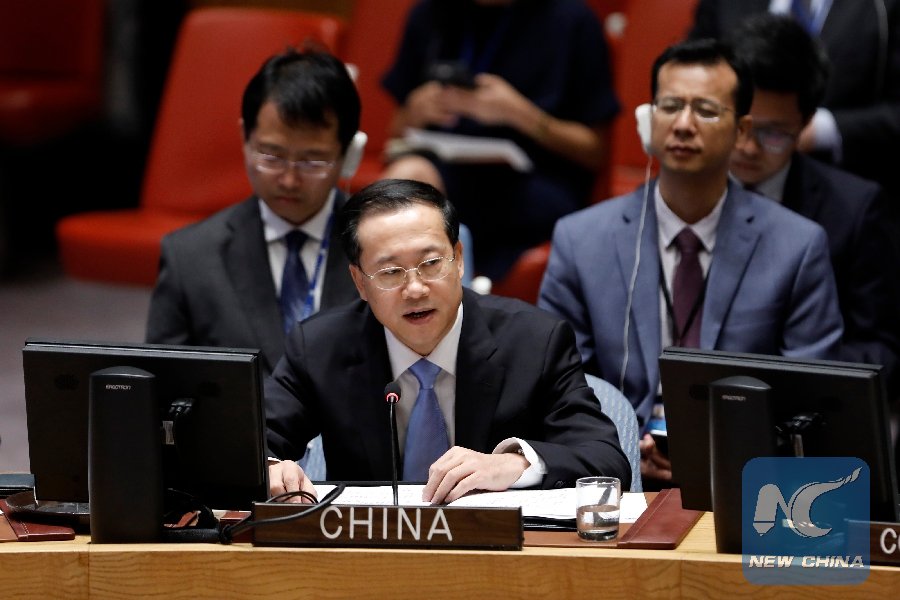 In response to reported possible chemical weapons attacks, Ma Zhaoxu, the Chinese permanent representative to the UN, reiterated "China resolutely opposes the use of chemical weapons by any country, organization or individual under any circumstances or for any purposes and advocates severe punishment of the perpetrators."

He also stressed that all alleged chemical weapons incidents must undergo comprehensive, objective and impartial investigations so as to, based upon conclusive evidence, come up with conclusions that square with facts and can stand the test of time.

"Until then we should not predetermine the outcomes," he said.

He added China consistently advocates respect for the purposes and principles of the UN charter and opposes the willful use or threat of use of force in international affairs, noting Syria's sovereignty and territory integrity should be fully respected.

"Political settlement is the only way out of the Syrian conundrum," Ma said. "We hope that all parties concerned will seek solutions through dialogue and consultation in a constructive manner, preserve the unity of the Security Council and help to push forward efforts to advance the political process in Syria."

Against a backdrop of Syrian government forces' offensive on the northwestern province of Idlib, reports emerged that chemical attacks might happen in the last rebel-held stronghold.

The West has accused the Syrian military of planning such attacks, while Russia has said it was the Syrian rebels who were staging the attacks and blaming them on the government instead.

Cover image: China Ambassador to the United Nations Ma Zhaoxu, speaks during a UN Security Council meeting on the situation in Middle East and Idlib, Syria at the United Nations Headquarters in New York, United States on September 06, 2018. (Photo: VCG)