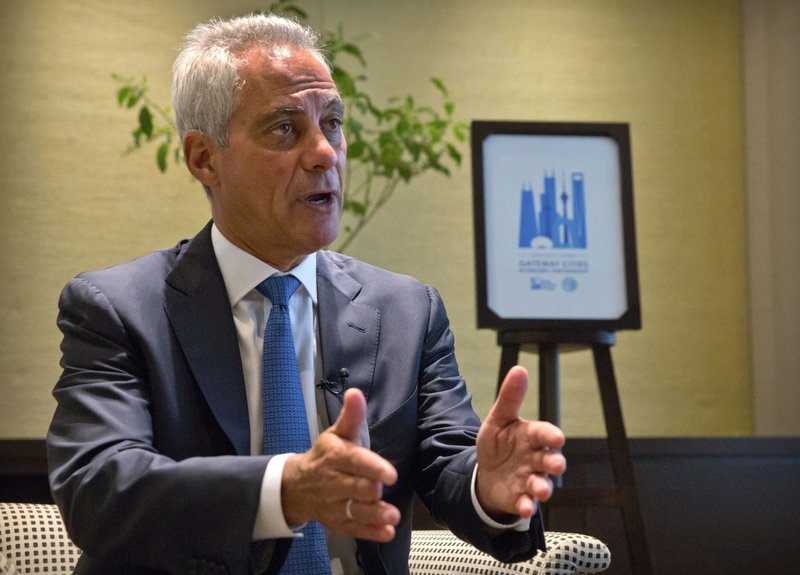 CHICAGO (Xinhua) -- Mayor of Chicago, the third largest US city, on Monday voiced opposition to President Donald Trump's suggestion that Chicago should implement stop-and-frisk to curb its violence.

"The failed policies he's talking about have no place for a city that's working together with communities about how to build -- not only trust, but a collaborative and cooperative relationship," the mayor Rahm Emanuel said during a local event.

Earlier Monday, Trump told a meeting of the International Association of Police Chiefs in Florida that he has ordered Attorney General Jeff Sessions to go to Chicago "to help straighten out the terrible shooting wave," and suggested stop-and-frisk would help fix the crime problem.

The mayor said "while resources are always welcome, the idea of what President Trump is talking about is not only not welcome -- it's antithetical to what we're working on, and that is about a strong, pro-active, professional police department."

"Black and Latino Chicagoans have lived through the decades of excessive force, unconstitutional and harassing stops, and coercive interrogations leading to false confessions," she said.