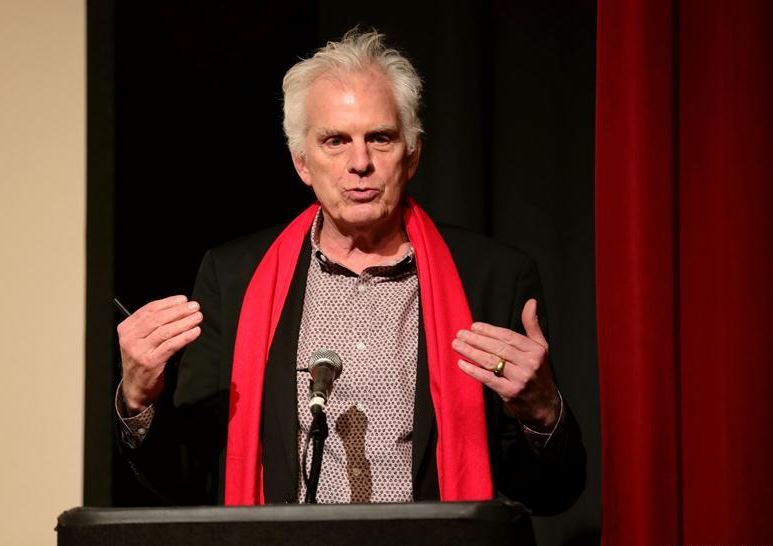 Mark Kelly, commissioner of the Department of Cultural Affairs and Special Events of Chicago, speaks during a press conference about celebration of Chinese New Year in Chicago, the United States, on Jan. 17, 2019. (Photo: Xinhua)

CHICAGO, Jan. 17 (Xinhua) -- The City of Chicago announced Thursday that it will celebrate Chinese New Year, the Year of the Pig, on Feb. 2-17 with performances, parades and special events.

This is Chicago's 6th year to celebrate the festival citywide. "The Millennium Campus, the center of our city, will be in full display of Chinese New Year celebration activities," said Mark Kelly, commissioner of the Department of Cultural Affairs and Special Events of Chicago.

There would be over 20 events citywide, involving organizations such as Choose Chicago, the Art Institute of Chicago, the Chicago Symphony Center, Chicago Bulls, and the Chinese Fine Arts Society.

A signature event of this year will be the centuries-old musical traditions and Peking Opera performance, presented by the Hubei Chime Bells National Chinese Orchestra and the China National Peking Opera Company. The performance will be staged at the Chicago Symphony Center on Feb. 10.

"The program features the exact replicas of the ancient Imperial Bells of China," said James Fahey, programming director with the Symphony Center Presents, who disclosed that besides the performing troupes from China, there will a pre-concert featuring three local Chinese performing groups.

As Chicago is getting ready to celebrate the Chinese New Year, the Chicago Symphony Orchestra (CSO) is on its tour to Asia and will stage two concerts in Shanghai and two in Beijing next week.

Hailing the CSO as a cultural ambassador, David Whitaker, president and CEO of Choose Chicago, said that the City of Chicago is one of the most culturally diverse cities in the United States.

The Art Institute of Chicago will kick off its celebration on Feb. 2 with multiple events featuring art making, storytelling, music, games, and gallery tours in both English and Mandarin.

"We have selected 9 pieces of the most beautiful Chinese art with a mosaic of auspicious themes for a tour during the celebration," said Tao Wang, Chinese Art curator with the Art Institute of Chicago.

"We want to use this opportunity to educate and engage our patrons from Chicago and all over the world about Chinese culture," the curator said.

The Chinese Fine Arts Society, in collaboration with the Art Institute of Chicago, will organize a "Lantern Procession" through Millennium Park to Maggie Daley Park, followed by a lion dance, art making and ice skating.

"It's exciting to see how the City of Chicago embraces the celebration of Chinese New Year," said Julie Ma, president of the Chinese Fine Arts Society.

"Last year, 5,000 people holding lanterns marched to the Maggie Daley Park." Ma said, adding that this year she is expecting a large number of participants as well.

Liu Jun, acting Consul General of the People's Republic of China in Chicago, expressed his appreciation to the City of Chicago and all the organizations for making the 6th-year celebration of Chinese New Year possible.