A rare scene in the American justice system unfolded Friday in a Chicago courthouse: A white officer stood before a mostly white jury and was convicted of killing a black teenager. 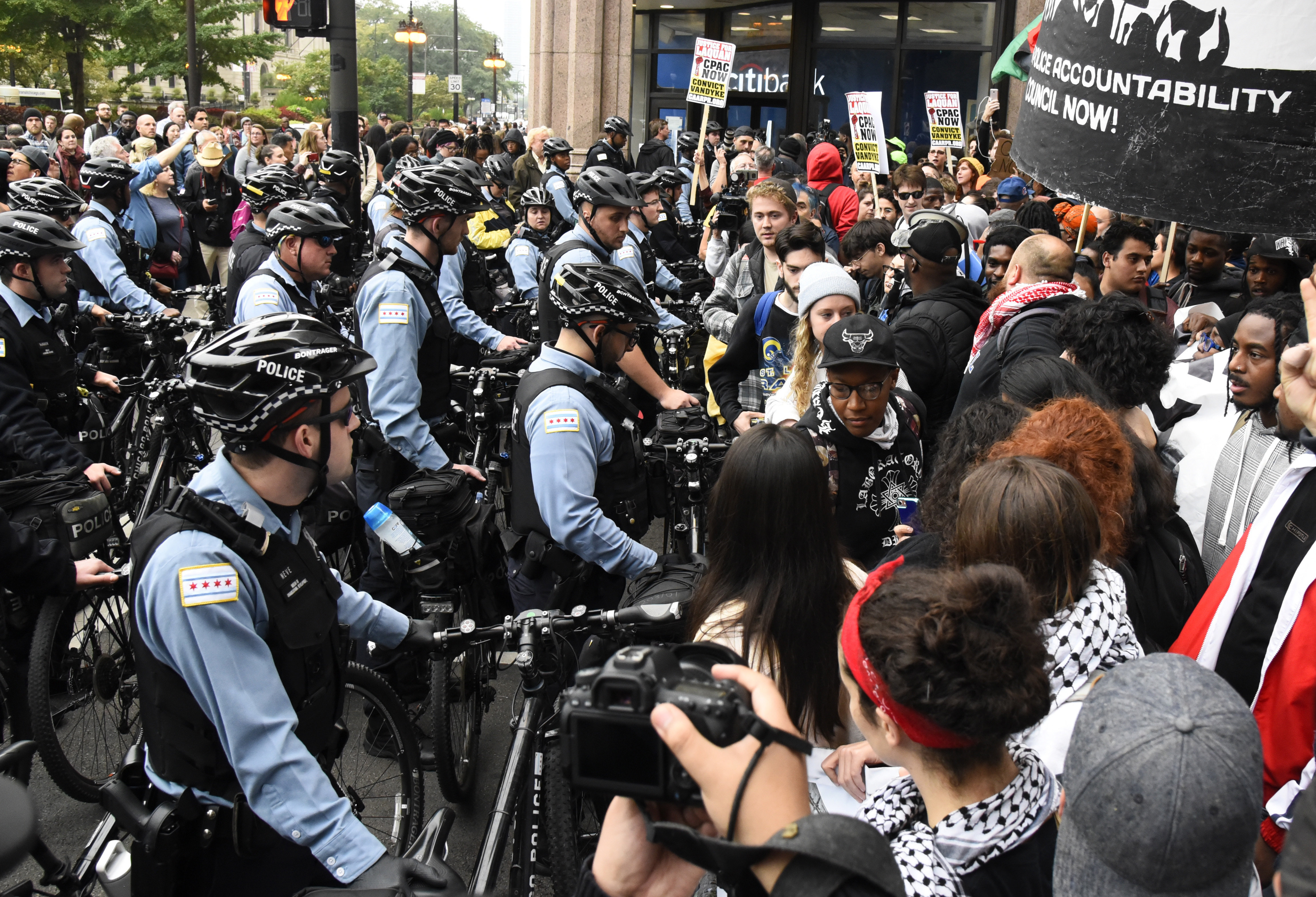 It was the second such verdict nationally in two months. Jason Van Dyke's guilty conviction for second-degree murder and multiple counts of aggravated battery for fatally shooting 17-year-old Laquan McDonald 16 times came two months after a Texas officer was convicted in the killing of a 15-year-old unarmed black boy.

The pair of guilty verdicts could signal a shift in momentum after years of delayed arrests, non-indictments and not guilty verdicts. Activists and advocates say that their efforts, along with the ubiquity of cellphone camera evidence, could be changing the power balance between police and black communities.

"We're starting to see some verdicts that are in line with justice," said Rashad Robinson, executive director of Color of Change, a civil rights group that has supported electing reform-minded district attorneys in cities such as Chicago and Philadelphia. "No verdict is going to bring Laquan back or change the way he was taken from his family, friends or community. But being able to start sending a message to law enforcement that they are not above the law is important."

It was not an outcome some expected, despite evidence including a video of McDonald's shooting. It is extremely rare for police officers to be tried and convicted of murder for shootings that occurred while they were on duty. Before the conviction Friday, only six non-federal police officers had been convicted of murder in such cases — and four of those were overturned — since 2005, according to data compiled by criminologist and Bowling Green State University professor Phil Stinson.

Several cases in the past few years — including the shootings of Michael Brown in Ferguson, Missouri; Eric Garner in New York; Tamir Rice in Cleveland; and Freddie Gray in Baltimore — have ended in disappointment for many in the black community, as white officers have gone unpunished in their deaths.

Black Lives Matter sprung from that outrage after 18-year-old Brown, who was unarmed, was killed by a white Ferguson police officer in August 2013. Fueled by social media and nightly street protests, thousands of young people pressed for change in how police deal with black communities. Protests spread around the country when other African-Americans were killed by police. They demanded arrests, indictments, convictions and police reform. The Justice Department investigated multiple police departments and found patterns of racial discrimination.

The McDonald case fueled a racially charged atmosphere in Chicago, and the city anticipated violence if the verdict had gone the other way. Police officers lined the streets and activists converged downtown in anticipation of the verdict.

"If jurors would not convict a police officer who shot a man ... 16 times, when that man was not threatening the officer in any way, when would they convict?" said Georgetown University law professor and former federal prosecutor Paul Butler. "The concern was that it as a very real possibility, based on the way these cases usually go. If the jurors hadn't convicted Van Dyke, it would have been an outrage, but it would have been a familiar outrage."

Van Dyke, 40, was the first Chicago officer to be convicted of murder for an on-duty shooting in 48 years. He was taken into custody moments after the verdict was read.

It culminated a series of events that convulsed Chicago in the aftermath of the 2014 shooting. City officials resisted for months releasing a dashboard camera video that showed Van Dyke fire 16 shots at the teenager, who was walking away from officers. Police said McDonald was armed only with a small knife.

The city erupted in protest after the video became public. Mayor Rahm Emanuel fired the police superintendent and a Justice Department investigation found a "pervasive cover-up culture" in the Chicago Police Department, which is headed for federal reforms. The Cook County district attorney, Anita Alvarez, was ousted from office in the 2016 primary election for failing to seek timely charges against Van Dyke. This summer, Emanuel announced that he would not seek re-election as strained relations with the black community took its toll on his political prospects.

The verdict marks one step in the fight for racial justice and progress, said Charlene Carruthers, an activist and the founding national director of Black Youth Project 100.

"We still have a lot more work to do," Carruthers said. "This is a moment where people are seeing that the blue wall that exists in Chicago has a crack in it. This is an opportunity to continue our organizing and act on the visionary demands that we have to transform our community."

"The people's cup has run over with these police violations of people's rights," he said. "People were hoping for the best and expecting the worst."

Jackson lamented the lack of diversity on the jury — which had a lone African-American, although blacks make up a third of Chicago's population — and wondered whether Van Dyke's conviction would overshadow the need for overall reform.

"They were killing before, and subsequently," Jackson said. "The system continues unabated."

But activist Robinson says the recent verdict sends a message to police and others in power.

"Those in power know there will be consequences for not valuing black lives."