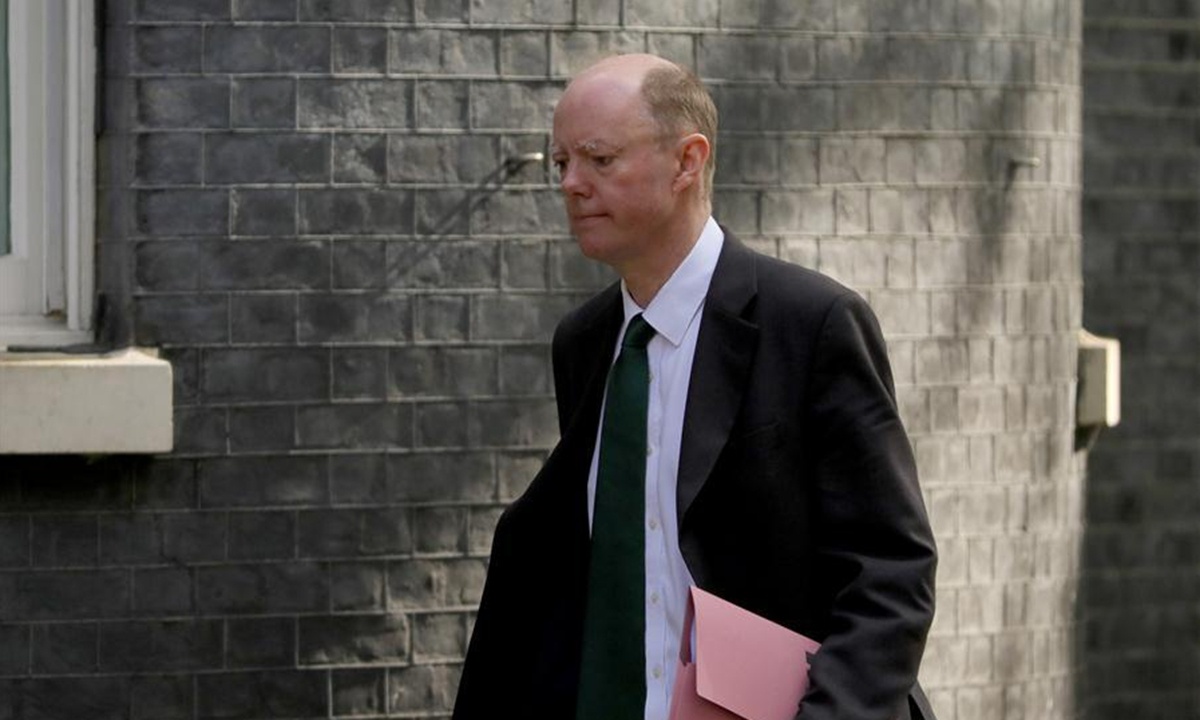 In February, Professor Chris Whitty was catcalled by an unknown young man as the chief medical officer for England walked near Westminster. Downing Street slammed the verbal attack on the scientist as "unacceptable" at the time.

The Metropolitan Police (Met) have opened a probe into an incident involving Professor Chris Whitty, chief medical officer for England, who was manhandled by two unknown men in a London park.

It remains unclear when the developments took place and who captured mobile phone footage of the incident which was posted to Twitter on Monday night.

In the video, the two young men are seen grabbing Witty and asking him to stop for a photo in the park, with a voice heard telling the men to "leave this gentleman alone".

The Met said in a statement on Tuesday that they are "aware of a video being shared online showing an incident in St James's Park".

"Officers spoke to all those involved at the time and their details were taken. We are in contact with the victim and the circumstances continue to be investigated", the statement pointed out.

UK Prime Minister Boris Johnson, for his part, condemned the incident as the "despicable harassment", slamming "the behaviour of these thugs" and saying that public servants "should not have to face this kind of intimidation". He was echoed by British Home Secretary Priti Patel, who said she was "horrified" by the "appalling" incident.

Parliamentary Under-Secretary of State for COVID Vaccine Deployment Nadhim Zahawi, in turn, described the incident as "disgusting", tweeting that "these thugs must be found and charged". He also urged "zero tolerance for harassing a public servant".

This is the second time the chief medical officer for England has been harassed on camera this year. In early February, a video shared on TikTok showed an unidentified young man accusing Whitty of "lying" about the coronavirus as the professor was walking near Westminster in central London.

In the footage, the youth is heard saying, "Liar. You're a liar. Mandem, he's a liar […]. You're a liar. You lie about the COVID-19 cases. Stop lying to the TV, man". Whitty, who did not react to the taunts, later told a Downing Street briefing that the "odd young lad" was "showing off".

Then-Health Secretary Matt Hancock later referred to the incident in an interview with the BBC, saying "the individual concerned is pathetic" and that "it is ridiculous what he is doing".

"Chris Whitty is one of our greatest living scientists and his advice to the government all the way through this, and his advice to all of us in the population, has been incredibly smart and thoughtful, and he is a great asset to this nation", Hancock added.

Sky News has, meanwhile, touted Whitty as a scientist who "has played a key role in the response to the COVID-19 pandemic in the UK".