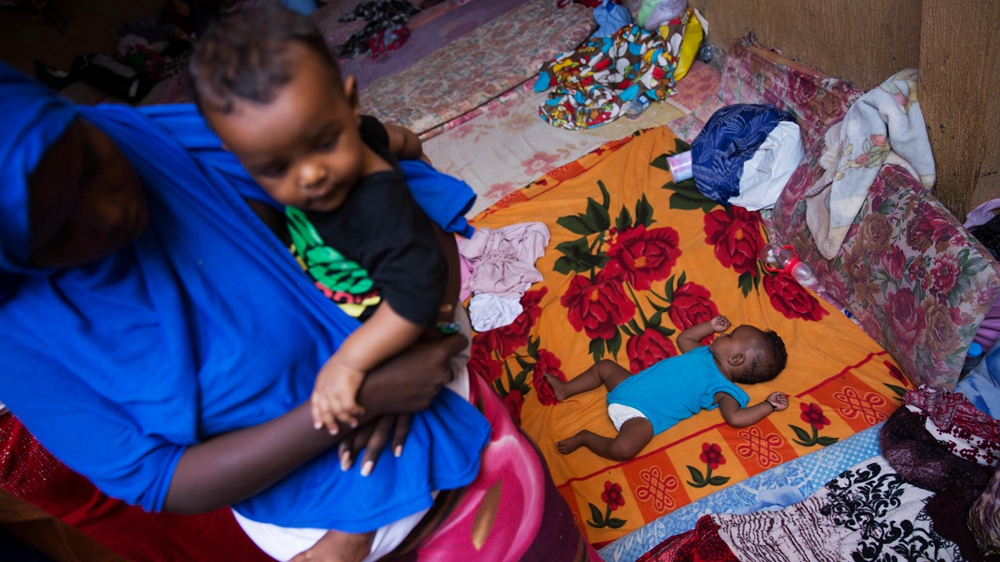 A child sleeps in a detention center, in west Tripoli, September 5, 2018. /AP Photo

Since April 2019, when hostilities broke out in Tripoli and western Libya, conditions for thousands of children and the civilians have deteriorated further, according to Fore.

Indiscriminate attacks in populated areas have caused hundreds of deaths, and UNICEF has received reports of children being maimed or killed. Children are also being recruited to the fighting. Meanwhile, more than 150,000 people, 90,000 of them children, have been forced to flee their homes and are now internally displaced, she noted.

Infrastructure on which children depend for their well-being and survival has also come under attack. Nearly 30 health facilities have been damaged in the fighting, forcing 13 to close. Attacks against schools and the threat of violence have led to closures and left almost 200,000 children out of the classroom. Water systems have been attacked and the waste management system has virtually collapsed, greatly increasing the risk of waterborne diseases including cholera, she said.

The 60,000 refugee and migrant children currently in urban areas are also terribly vulnerable, especially the 15,000 who are unaccompanied and those being held in detention centers, some of which were hit by airstrikes, said Fore.

Today, children in Libya are in a dire and untenable situation that the rest of the world should find unacceptable, she said. "We urgently call on all parties to the conflict and those who have influence over them to protect children, end the recruitment and use of children, cease attacks against civilian infrastructure, and allow for safe and unimpeded humanitarian access to children and people in need. We also call on Libyan authorities to end the detention of migrant and refugee children and to actively pursue safe and dignified alternatives to detention."

UNICEF and partners are on the ground providing affected children and families with support in accessing health care and nutrition, protection, education, water and sanitation. The agency is also reaching refugee and migrant children with assistance.