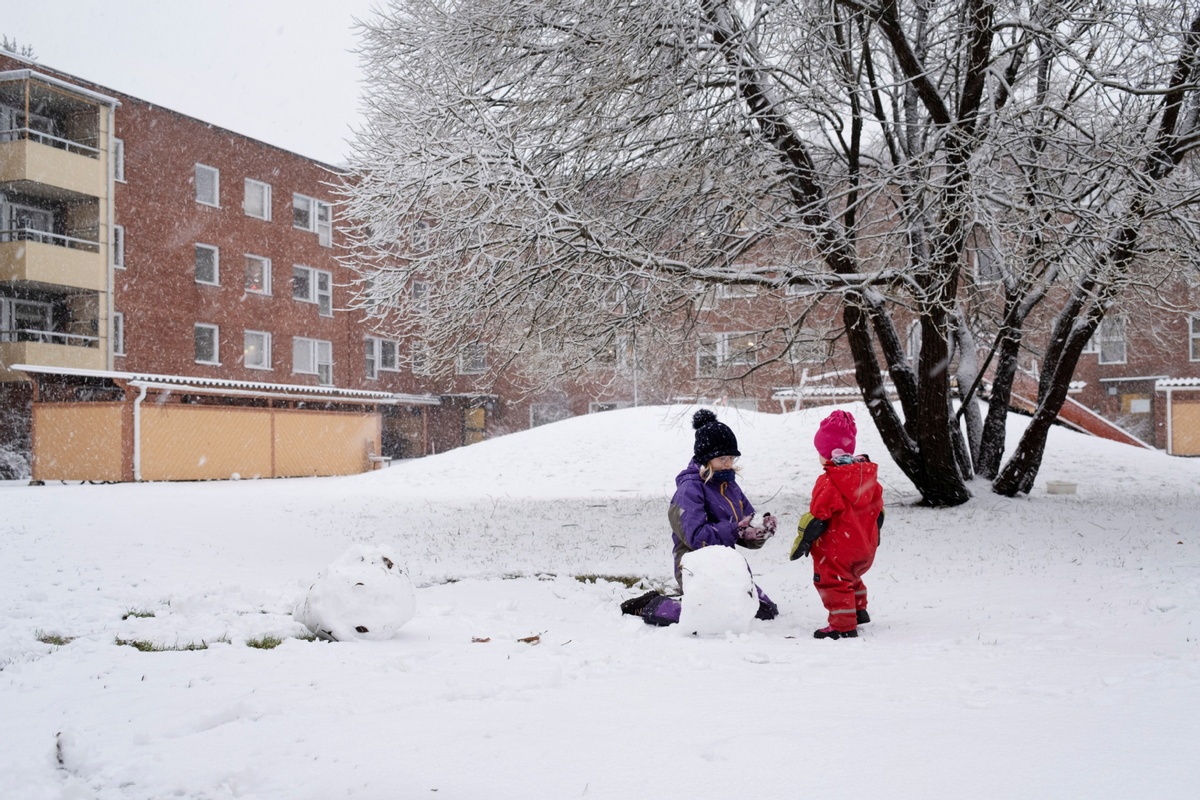 Children play in a park during heavy snowfall in Umea, northern Sweden on Nov 19, 2020. (Photo: Agencies)

Fatigue, a sore throat, headaches and nausea are among the most common symptoms. Concentration problems and memory gaps have also been reported.

The average age is 11-13 and in some cases, the symptoms are debilitating, said Malin Ryd Linder, chief physician at the clinic specialized in long-term disease in children.

"Some go to school, while some are completely bedridden," she told SVT News.

Noting the children's long-term COVID-19 symptoms might be more mild than adults', the physician said that "nevertheless, we must get the resources for these children."

While the latest statistics showed 214 children have been diagnosed in the capital, the severeness of the problem is unknown as there are no figures for the rest of the country.

Having noticed that long-term COVID-19 symptoms are a widespread problem, the Swedish government has decided that there is a need for further research.

"It is not currently known what these remaining symptoms are due to or how they should be treated," the government said last week, when presenting plans to fund research into the issue with 50 million SEK ($6 million).