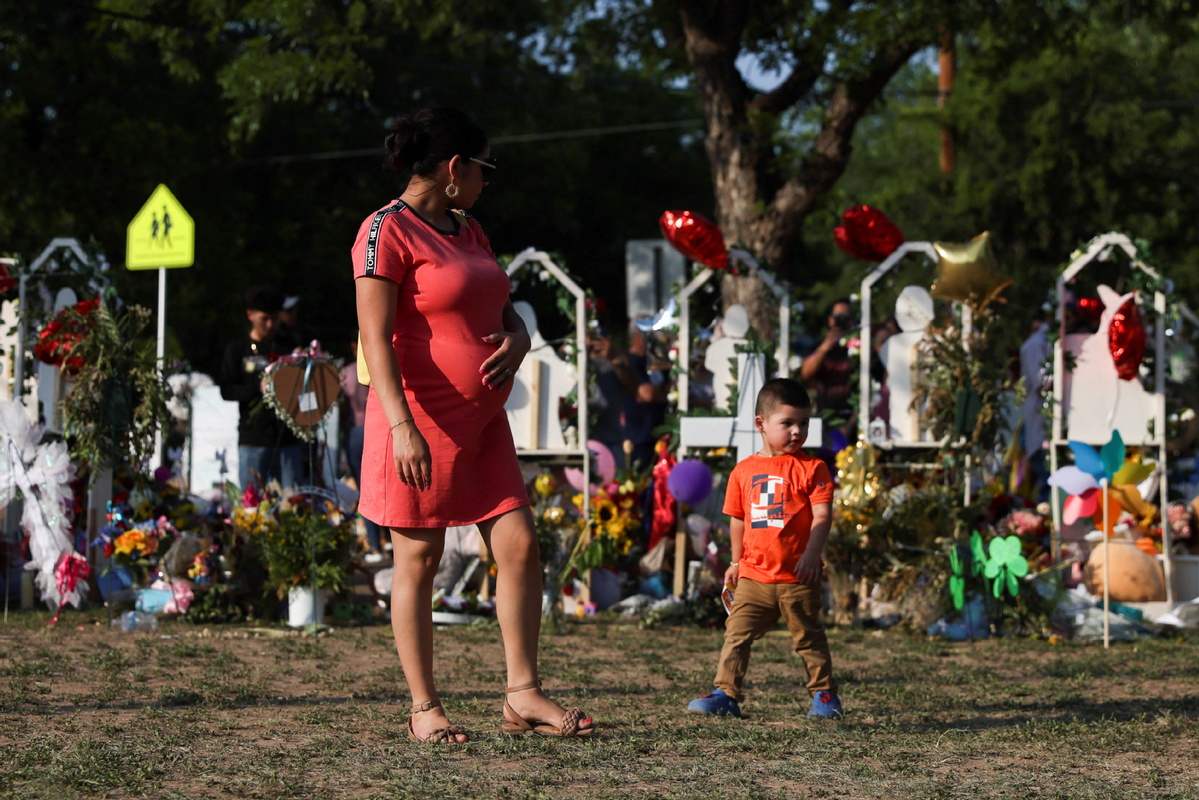 A woman and a child walk near the memorial at Robb Elementary School, where a gunman killed 19 children and two teachers in the deadliest US school shooting in nearly a decade, in Uvalde, Texas, US May 30, 2022. [Photo/Agencies]

American children are more likely to be gun victims than those in other rich countries, said a recent report by the US National Public Radio (NPR), citing the massive ownership of firearms in the United States as one reason.

"The dangers young people face from firearms in America go well beyond school shootings, which account for only a fraction of all gun-related deaths," the NPR said last week following the massacre shooting in Uvalde, Texas.

"Whether it's the gun violence they face in their neighborhoods, or suicide or accidents at home when guns are left unsecured, the threat to the nation's children and teenagers is not only bad, but worsening," it said.

Citing statistics, the NPR said gun violence overtook car accidents to become the No 1 cause of death for US children and adolescents in 2020.

One factor in America's high level of gun deaths is the massive number of guns in the country with Americans owning an estimated 393 million firearms, and this, to some extent, explains why the shooters can pull the trigger so easily, the report said, citing a 2018 study by the Small Arms Survey.

A research published last year and funded by the National Institute of Justice suggests that from 1966 to 2019, over 80 percent of mass shooters at K-12 schools stole guns from family members.