WORLD Chile combs Antarctic for missing plane with 38 aboard

Chile combs Antarctic for missing plane with 38 aboard 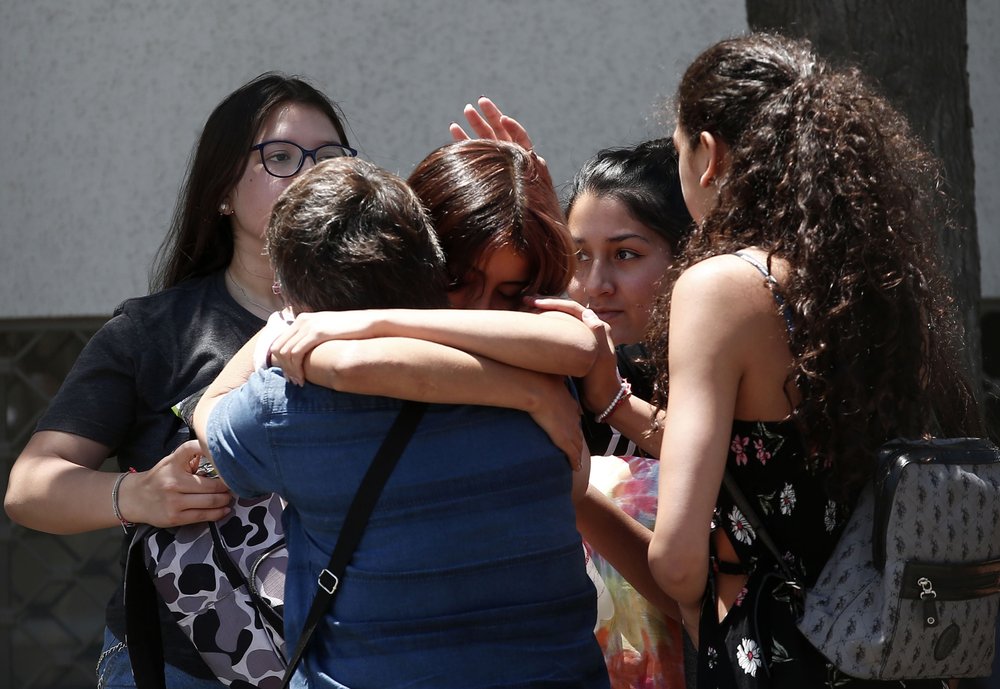 Relatives of passengers of a missing military plane comfort each other as they arrive at the Cerrillos airbase in Santiago, Chile, Tuesday, Dec. 10, 2019. (Photo: AP)

Searchers using planes, ships and satellites were combing Antarctic sea on Tuesday, hunting for a Chilean Air Force transport plane carrying 38 people that vanished en route to a base on the frozen continent.

Seven hours after contact was cut off, the Air Force declared the plane a loss, though there was no sign of what happened to it. The Air Force said two ships, more than a dozen planes and three satellites were being used in the search.

Officials said the plane had taken off in favorable conditions on Monday, though it was flying in an area notorious for rapidly changing conditions, with freezing temperatures and strong winds.

The C-130 Hercules carried 17 crew members and 21 passengers, including three civilians. They were en route to check on a floating fuel supply line and other equipment at the Chilean base.

President Sebastián Piñera said via Twitter that he was with his defense and interior ministers at the air force headquarters monitoring developments.

“My thoughts and prayers are with the families of the 38 crew members and passengers,” Piñera said, adding that he had canceled a planned trip to attend Tuesday’s inauguration in Argentina of President Alberto Fernández.

The three civilian passengers included a 24-year-old who was embarking on a research project and two employees of a private company. One passenger was a woman.

The two pilots had extensive experience, according to the Chilean Air Force, which said that while the plane was built in 1978, it was in good condition. The Air Force said it flies this route monthly.

The plane took off on Monday afternoon from the southern city of Punta Arenas, more than 3,000 kilometers (1,860 miles) from the capital of Santiago. Contact was lost at 6:13 p.m., the initial announcement said.

Drake’s Passage, the sea between the southern tip of South America and Antarctica, is infamous for severe weather conditions, including ferocious storms. But the Air Force said late Monday that the weather was good when the plane began its flight, or the mission would not have been carried out.

Gen. Eduardo Mosqueira of the Fourth Air Brigade told local media that a search was underway and a ship was in the general area where the plane should have been when contact was lost.

“Antarctica is different. It’s hard to fly because of changing conditions,” said Mosqueira, who added that he had personally flown to the continent with one of the missing pilots.

The aircraft would have been about halfway to the Antarctic base when it lost contact, Mosqueira said, adding that no emergency signals had been activated. On Tuesday crews encountered low visibility waves up to 6 meters (20 feet) high.

Holding out hope of survivors, officials said the plane has four rafts that could carry up to 20 passengers each if it went down at sea.

Uruguay, Argentina, and Brazil said they were sending crews to assist in the search. Several airplanes scoured the area with infrared devices.