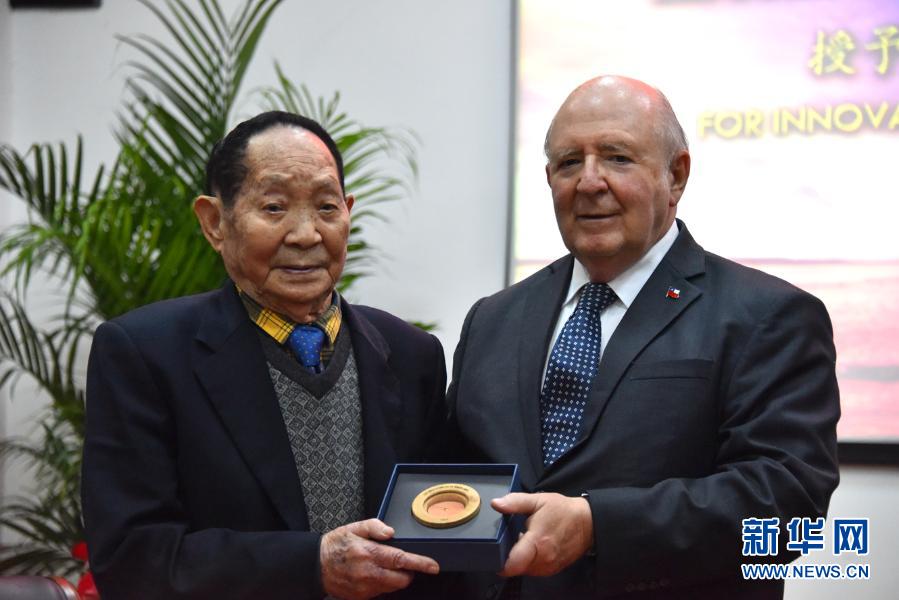 China’s “father of hybrid rice” was honored with the Strait of Magellan Award by the Ambassador of Chile to China on Monday evening at the hybrid rice research center in Changsha, capital of Hunan Province in Central China.

Ambassador Luis Schmidt Montes said that Chile was honoring Yuan Longping for developing a hybrid rice that could increase global yields by 50 percent.

For his contribution, Yuan is consistently called the “father of hybrid rice” by Chinese media.

Yuan accepted the award honoring not only his innovative rice but also his contribution to addressing a worldwide food crisis.

Global food production would see an increase of 400-500 million tons if over half of all paddy fields were planted with hybrid rice, Yuan said. 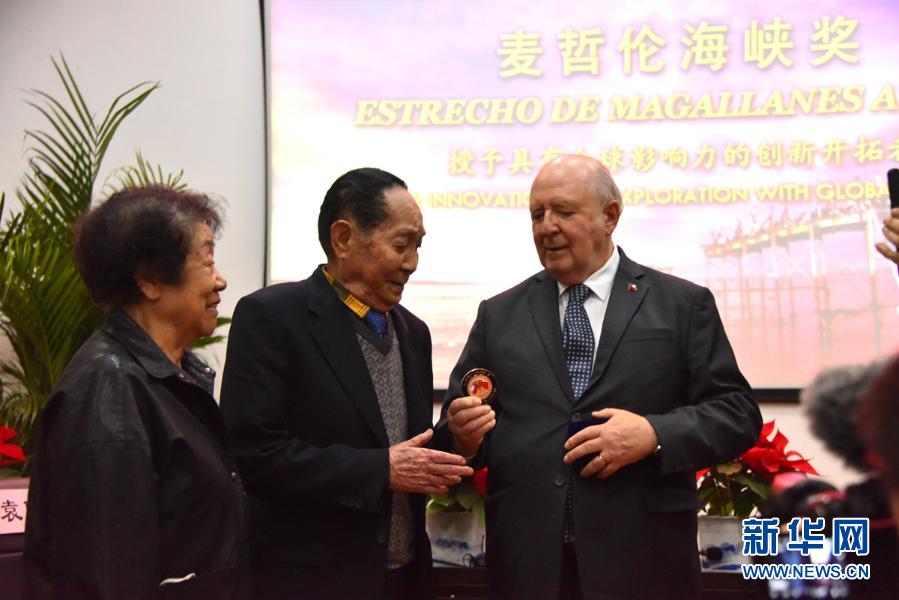 Montes also presented Yuan with a commemorative medal for the 50th anniversary of China-Chile diplomatic relations.

This year marks the 50th anniversary of Chile-China relations and the 500th anniversary of the voyage of the explorer Ferdinand Magellan who discovered a navigable sea route in southern Chile separating mainland South America and Tierra del Fuego while leading the first expedition to successfully circumnavigate the globe.