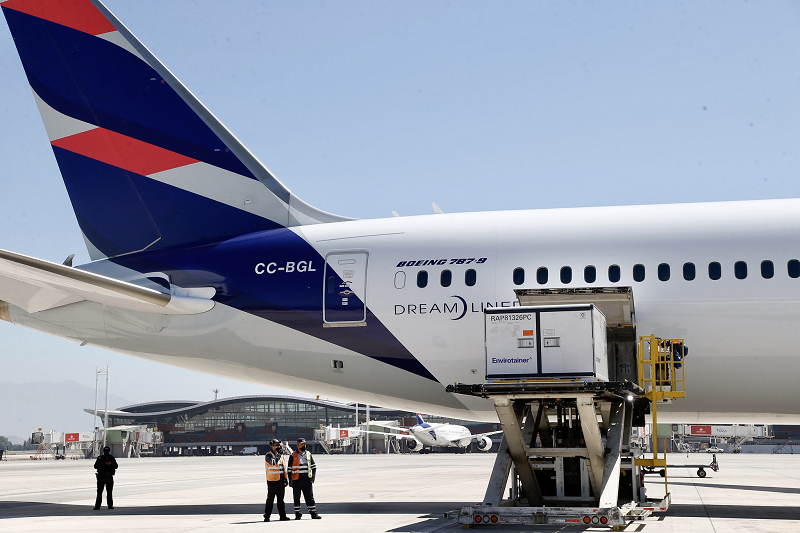 Photo: The Ministry of Health of Chile

Chilean Minister of Health Enrique Paris and other officials were at the airport in Santiago to receive the shipment.

"The population can be sure of the supply and arrival of vaccines," Paris said, highlighting the progress the country has made in its vaccination process.

The Sinovac vaccine was approved for emergency use on Jan. 20 by the Public Health Institute of Chile.

China-developed vaccines have been the basis of the country's mass vaccination campaign against COVID-19, which kicked off on Feb. 3, with the goal of immunizing 5 million people in high-risk groups in the first three months of the year, followed by another 15 million people by midyear.

To date, the South American country has vaccinated 4,176,094 people, with more than half a million having received their second doses.

On Monday, the country reported that 860,533 people have tested positive for COVID-19 and 21,163 people have died from the disease.