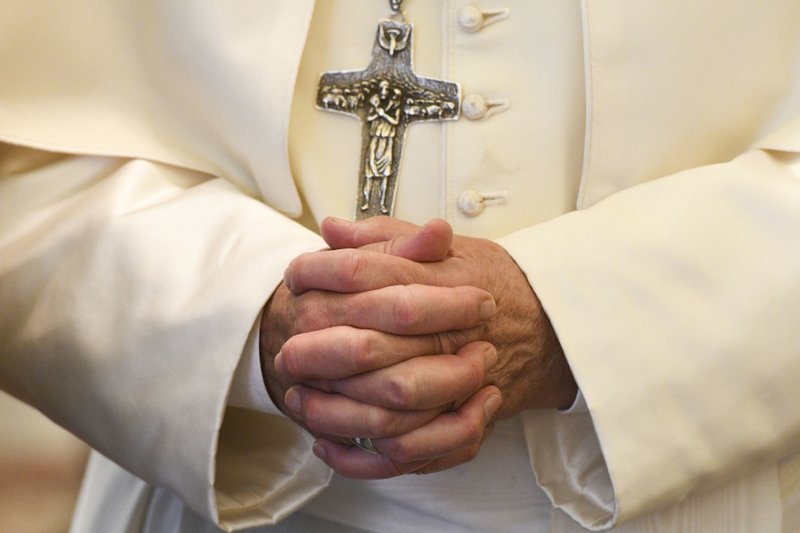 In the biggest shake-up yet in the Catholic Church’s long-running sex abuse scandal, every active Chilean bishop offered to resign Friday over what Pope Francis said was their “grave negligence” in investigating abuse and protecting children.

The bishops announced at the end of an emergency Vatican summit that all 31 active bishops in Rome had signed a document offering to resign.

Francis can accept the resignations, reject them or delay a decision, and the bishops remain in place until he acts. But the symbolic significance of an entire national bishops’ conference resigning en masse because they covered-up for pedophiles marked a historic moment in the decades-long saga.

“We want to ask forgiveness for the pain we caused victims, the pope, the people of God and our country for the grave errors and omissions that we committed,” the bishops said in a statement.

They thanked victims for their “perseverance and courage,” for having continued to denounce crimes and cover-up by the church despite “the incomprehension and attacks from the same church community.”

It marked the first known time that an entire national bishops conference had offered to step down over a scandal, and laid bare the devastation the abuse crisis has caused the Catholic Church in Chile and beyond.

“They didn’t know how to protect the weakest, exposed them to abuse and then impeded justice,” said Jose Andres Murillo, one of those abused and one of the main whistleblowers in the case. “For this, they deserve only to go.”

Calls for mass resignations had mounted after details emerged of the contents of a 2,300-page Vatican report into the Chilean scandal leaked early Friday. Francis had cited the report in footnotes of a 10-page document that he handed over to each Chilean bishop at the start of the summit.

In those footnotes, Francis accused the bishops of destroying evidence of sex crimes, pressuring church investigators to minimize abuse accusations and showing “grave negligence” in protecting children from pedophile priests.

“No one can exempt himself and place the problem on the shoulders of the others,” Francis wrote in the document, which was published by Chilean T13 television and confirmed as accurate Friday by the Vatican.

In a statement in response, the Chilean bishops said the contents of the document were “absolutely deplorable” and showed an “unacceptable abuse of power and conscience,” as well as sexual abuse.

“We want to re-establish justice and contribute to the reparation of the damage we caused,” they said.

Francis had summoned the 34 bishops to Rome after admitting that he had made “grave errors in judgment” in the case of Bishop Juan Barros, who is accused by victims of Chilean priest, the Rev. Fernando Karadima, of witnessing and ignoring their abuse.

But the scandal grew after Francis received the report written by two Vatican sex crimes experts sent to Chile to get a handle on the problem.

The whole report hasn’t been made public, but even the highlights Francis included in his footnotes were astonishing. The gravity of the accusations appeared to lay the foundation for a full-scale Vatican investigation of Chilean dioceses, seminaries and religious orders. Such an investigation was ordered up after a similar 2010 summit that Pope Benedict XVI called for Irish bishops over their dismal record dealing with abuse.

Barros and two other Karadima-trained bishops were among the 31 who offered to resign. It wasn’t immediately clear if Cardinal Javier Errazuriz and two other retired bishops in Rome did as well; Victims have accused Errazuriz of covering up for Karadima.

In other cases, there was “grave negligence” in protecting children from pedophiles by bishops and religious superiors — a reference to the many cases of sexual abuse that have arisen in recent years within Chilean religious orders, including the Salesians, Franciscans and the Marist Brothers community.

While some guilty priests were kicked out of their orders, those same people “were then welcomed into other dioceses, in an obviously imprudent way, and given diocesan or parish jobs that gave them daily contact with minors,” he said.

Francis said he was also “perplexed and ashamed” by evidence that there were “pressures exercised” on church officials tasked with investigating sex crimes “including the destruction of compromising documents.”

He said the problem can be traced to the training Chilean priests receive in seminary. He said there were “grave accusations against some bishops and superiors who sent to these educational institutions priests suspected of active homosexuality.”

For years, sex abuse victims have blasted the Chilean hierarchy for discrediting their claims, protecting abusers and moving them around rather than reporting them to police and then handing out light sentences when church sanctions were imposed.

Francis, though, has also been implicated in the scandal and he took responsibility for his role as well.

Francis first drew scorn from victims, ordinary Chileans and even members of his sex abuse advisory board by appointing Barros bishop of Osorno, Chile, in 2015.

The Associated Press reported earlier this year that Francis did so over the objections of other Chilean bishops who knew Barros’ past was problematic and had recommended he and other Karadima-trained bishops resign and take a sabbatical.

The AP subsequently reported that Francis had received a letter in 2015 from one of Karadima’s accusers detailing Barros’ misdeeds. That letter undercut Francis’ claim to have never heard from victims about Barros.

Francis further drew rebuke when, during a January trip to Chile, he said the accusations against Barros were “calumny” and said he was “certain” he was innocent.

After receiving the report, though, Francis did an about-face. Blaming a “lack of truthful and balanced information” for his missteps, Francis invited the three main whistleblowers to the Vatican so he could apologize in person.