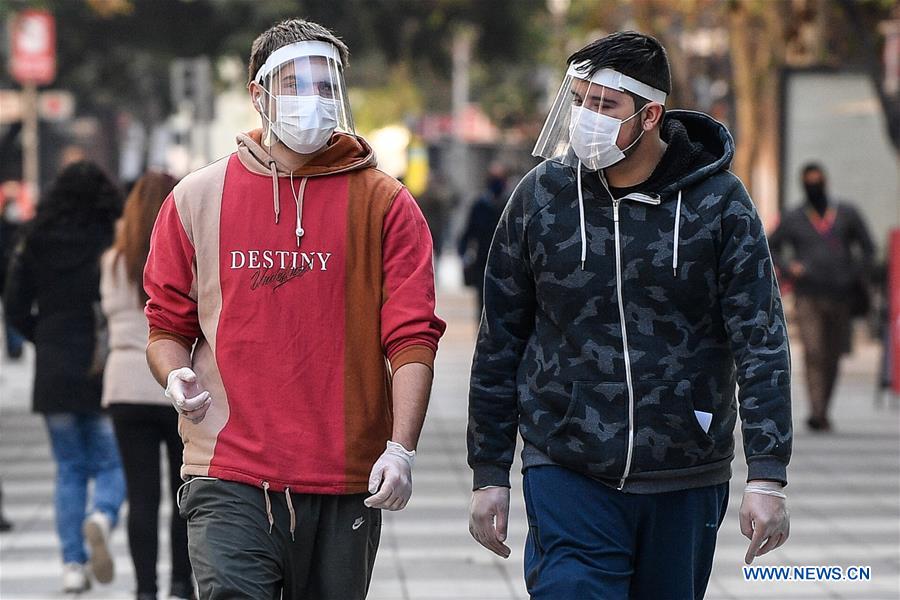 SANTIAGO, May 29 (Xinhua) -- The Chilean Ministry of Health announced on Friday that the number of confirmed cases of the novel coronavirus in the country had risen to 90,638, with 944 deaths.

The ministry reported that 1,143 coronavirus patients are currently on ventilators, with 306 in critical condition. Authorities stated that there are another 345 ventilators available to the nation's private and public health networks.

Health authorities said that 16,333 PCR tests were performed in the last 24 hours for a total of 546,506 tests administered since screening for the disease first began in March.

Minister of Health Jaime Manalich said that the government has arranged for the construction of 85 sanitary residences equipped with 4,157 beds so that those diagnosed with the disease can be easily isolated.

Manalich added that "all those who do not comply with the quarantine can be transferred, using public force, to a health residence."

Additionally, the Chilean government announced that it has decided to extend the quarantine in Santiago and 38 nearby towns until June 5 due to an increase in cases in recent weeks.