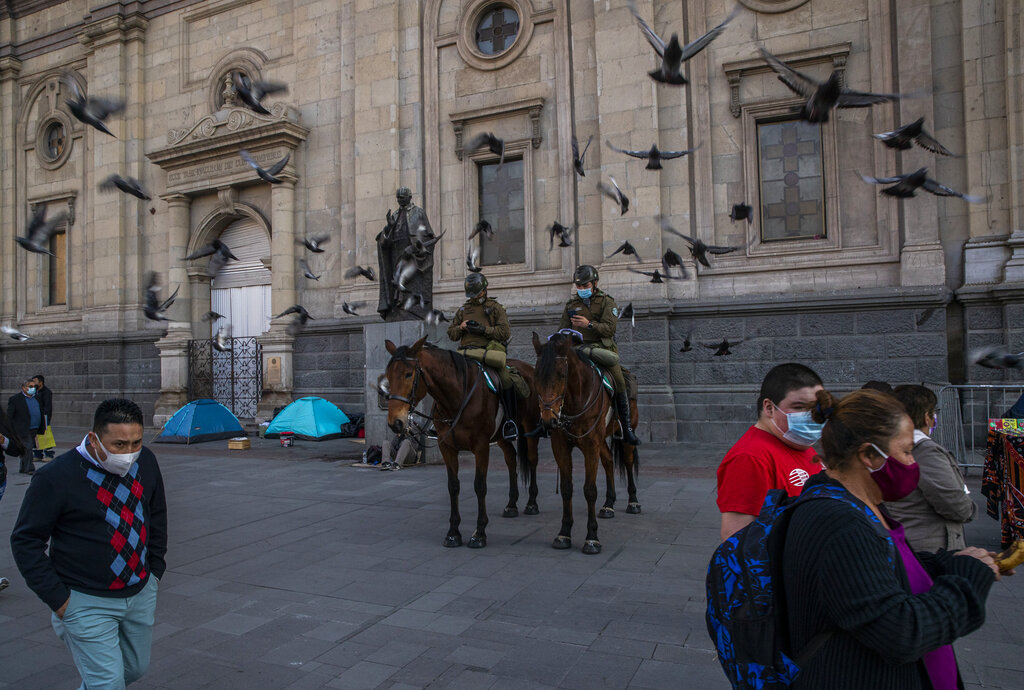 SANTIAGO, June 10 (Xinhua) -- The Santiago Metropolitan Region in Chile, where the capital is located, will go into total lockdown on Saturday due to the spread of COVID-19 infections in the country, the Health Ministry said on Thursday.

"Despite the fact that in the region the increase (in cases) came down to 4 percent from 10 percent last week, the Metropolitan Region is home to more than 8 million Chileans, which greatly worries us," Deputy Health Minister Paula Daza said during a press conference.

In addition to the 52 communes of the Metropolitan Region, seven other localities in other regions will also go under lockdown.

In addition, 11 more communes were placed under lockdown on Thursday, while the government announced the country's border closure will be extended until the end of June.

Chile is facing a critical health situation due to the spread of the virus, after reporting peaks of over 8,000 daily cases last week.