Chile tests floating solar panels to power mine, save water 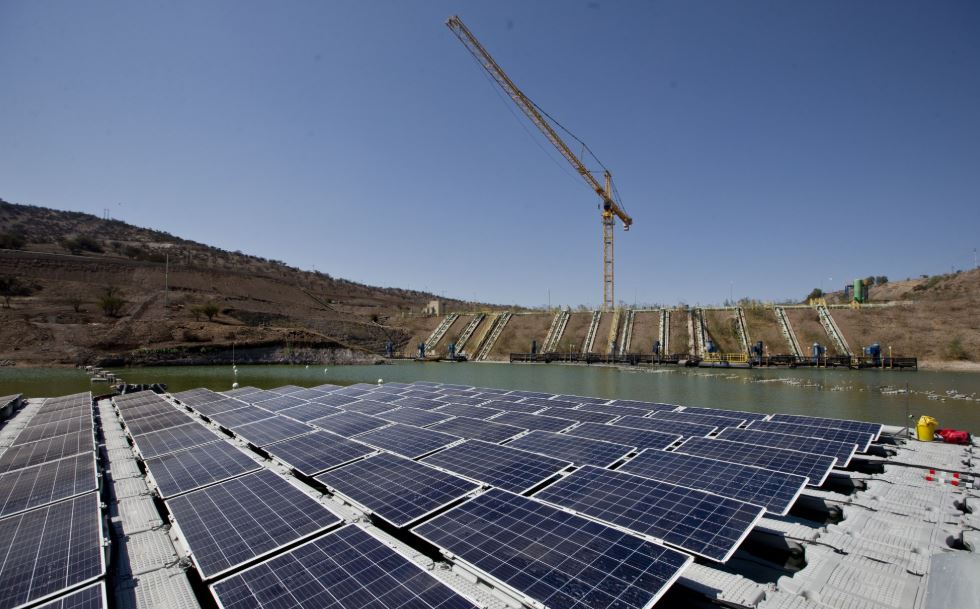 An island of solar panels floats in a pond at the Los Bronces mining plant, about 65 kilometers (approximately 40 miles) from Santiago, Chile, Thursday, March 14, 2019. (Photo: AP)

A floating island of solar panels is being tested in Chile as a way to generate clean energy and reduce water loss at mine operations, a cornerstone of the Andean country’s economy that uses huge amounts of electricity and water.

The experimental “Las Tortolas” power-generating island is being run by the giant Anglo American mining company at its Los Bronces mine, and the initiative comes as the government pushes to put Chile at the forefront of renewable energy use in Latin America and the world.

The 1,200-square-foot array of solar panels was inaugurated Thursday by Chilean Mining Minister Baldo Prokurica. Officials said that if the test is successful, the $250,000 plant could be expanded to cover 40 hectares, or nearly 100 acres.

The array floats in the middle of a pond that is used to contain the refuse from mining, known as tailings, and it is expected that its shadow will lower the water temperature and reduce evaporation by 80 percent. Thus, the mine would retain more of that water for its operations and could reduce the amount of fresh water it pumps in the dry mountainous region where water is a scarce commodity.

If the yearlong experiment works as planned, the solar panel island could be expanded and new ones could be installed at other mining ponds. Experts say there are approximately 800 such ponds in Chile.

“It is an excellent idea for the traceability of the mining industry and especially in terms of more efficient use of water. This is a company that recycles 76 percent of the water it uses in its processes,” the mining minister said at the unveiling and he encouraged other mining companies to follow suit.

In addition, Prokurica said the Mining Ministry is working on a plan to improve the safety of the mine holding ponds, to guard against failures such as one at an iron ore mine recently in Brazil that unleashed a wall of mud that killed at least 186 people and polluted hundreds of miles of river. Many of the tailing ponds in the north of the country are near urban centers.

Almost 20 percent of the energy currently produced and used in Chile comes from renewable sources, up from 6 percent in 2013.