WORLD Chile to amend constitution, a key demand of protesters

Chile to amend constitution, a key demand of protesters

Chile has announced it will move to draft a new constitution and replace one dating back to the Augusto Pinochet dictatorship -- a key demand of protesters who have rocked the country for three weeks. 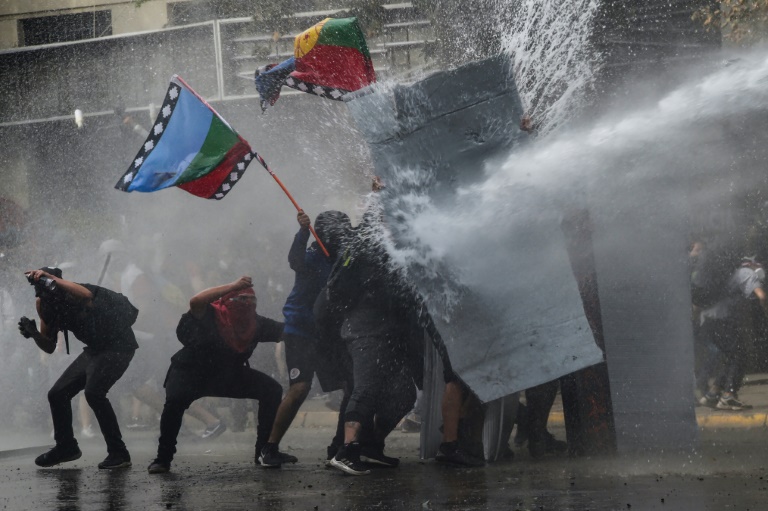 The new constitution will be drafted by a body called a constituent assembly and then put to a referendum for ratification, Interior Minister Gonzalo Blumel said Sunday.

Blumel made the announcement after meeting a coalition of center-right and right-wing parties, which until now had been the most reluctant to change the constitution inherited from the era of the US-backed general Pinochet, from 1973 to 1990.

The government was in the process of preparing "a draft amendment of the constitution", President Sebastian Pinera said in an interview published Saturday by the daily El Mercurio.

Among the proposed changes are "a better definition of human rights" and their means of enforcement, plus clarification on "the obligations of the state" and "better mechanisms of participation" for citizens, added the president.

The current constitution, in force since 1980, has already undergone more than 200 changes in more than 40 articles, Pinera said.

A general public sector strike has been called on Monday, in the midst of the biggest crisis since Chile's return to democracy in 1990, which has left 20 dead -- five at the hands of state forces -- and more than 1,000 injured.

The unrest that began on October 18 with protests against a rise in rush-hour metro fares has mushroomed into a broader outcry against the status quo, with burning, looting and daily clashes between demonstrators and police.

Protesters cite low wages, high costs for education and healthcare and a yawning gap between rich and poor in a country dominated politically and economically by a few old, elite families.

After weeks of sometimes violent and deadly demonstrations, most polls show the protest movement is supported by 75 percent of Chileans.

A similar number -- 87 percent, according to a survey by pollster Cadem published early this month -- also say they favour the protesters' demand for constitutional reforms.

A few days after Pinera became president in March 2018, his government announced it would not allow the consideration of a bill to amend the constitution that the previous president, the socialist Michelle Bachelet (2014-2018), had submitted to congress.