WORLD Chile to vote on new constitution in response to protests

Chile announced Friday it will stage a referendum to replace the country's dictatorship-era constitution next year -- a key demand of protesters after nearly a month of sometimes violent civil unrest. 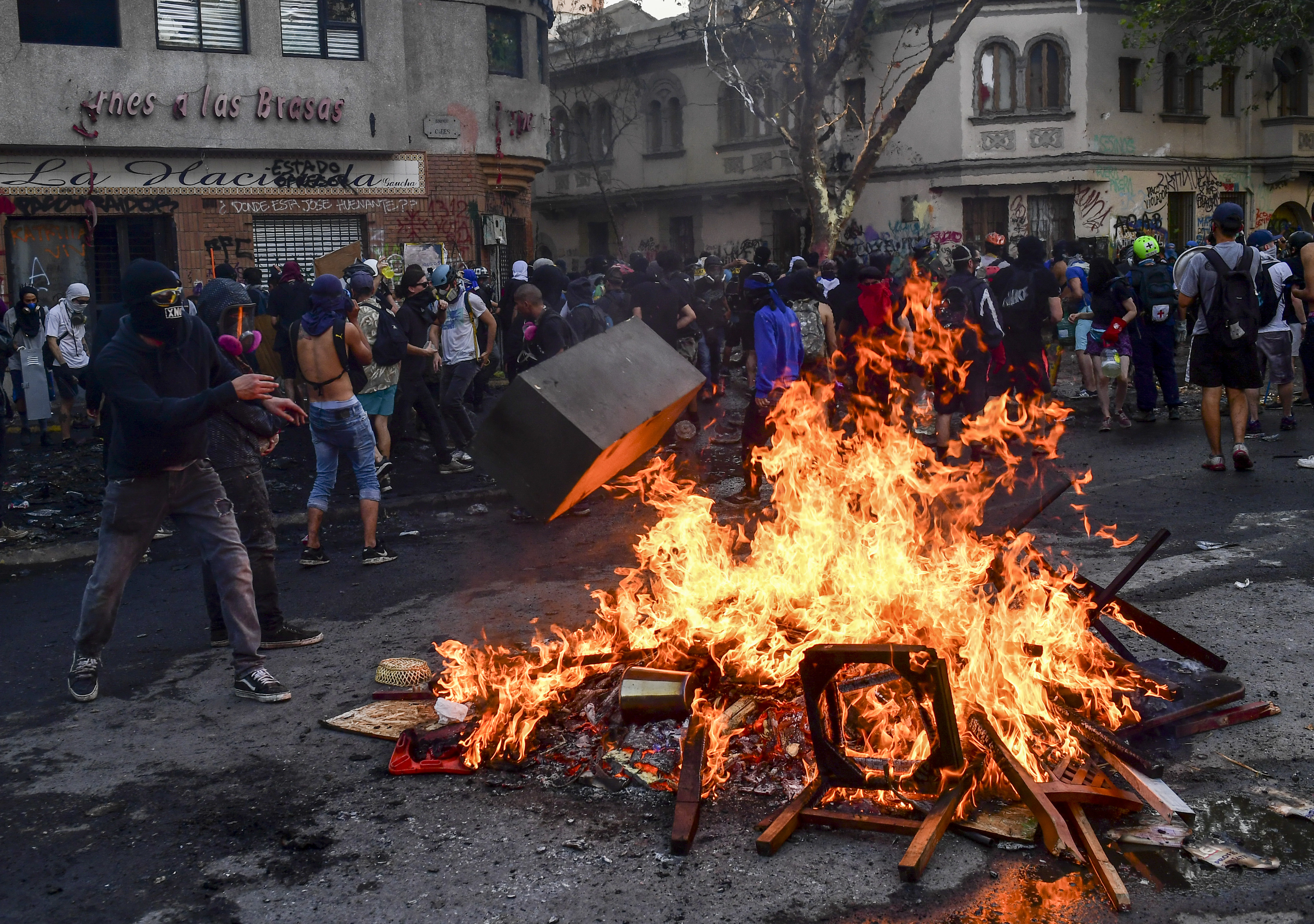 The current charter, in force since 1980 and enacted by the former military junta of Augusto Pinochet, has been changed numerous times in the years since.

Lawmakers in Chile's National Congress agreed early Friday to hold the plebiscite in April 2020 after hours of negotiations between the governing coalition and opposition parties.

The referendum will ask voters whether the constitution should be replaced and if so, how a new charter should be drafted, Senate president Jaime Quintana said.

The unrest that began on October 18 with protests against a rise in rush-hour metro fares has mushroomed into a broader outcry against the status quo, with burning, looting and daily confrontations between demonstrators and police.

Protesters cite low wages, high costs for education and healthcare and a yawning gap between rich and poor in a country dominated politically and economically by a few elite families.

Demonstrators have demanded greater social reform from President Sebastian Pinera, who has announced several measures in a bid to appease the public mood.

After weeks of sometimes violent demonstrations, most polls show the protest movement is supported by 75 percent of Chileans.

A slightly larger number -- 87 percent, according to a survey by pollster Cadem published this month -- say they favor the protesters' demand for constitutional reforms.

A few days after Pinera became president last year, his government announced it would not allow the consideration of a bill to amend the constitution that his socialist predecessor Michelle Bachelet had submitted to congress.