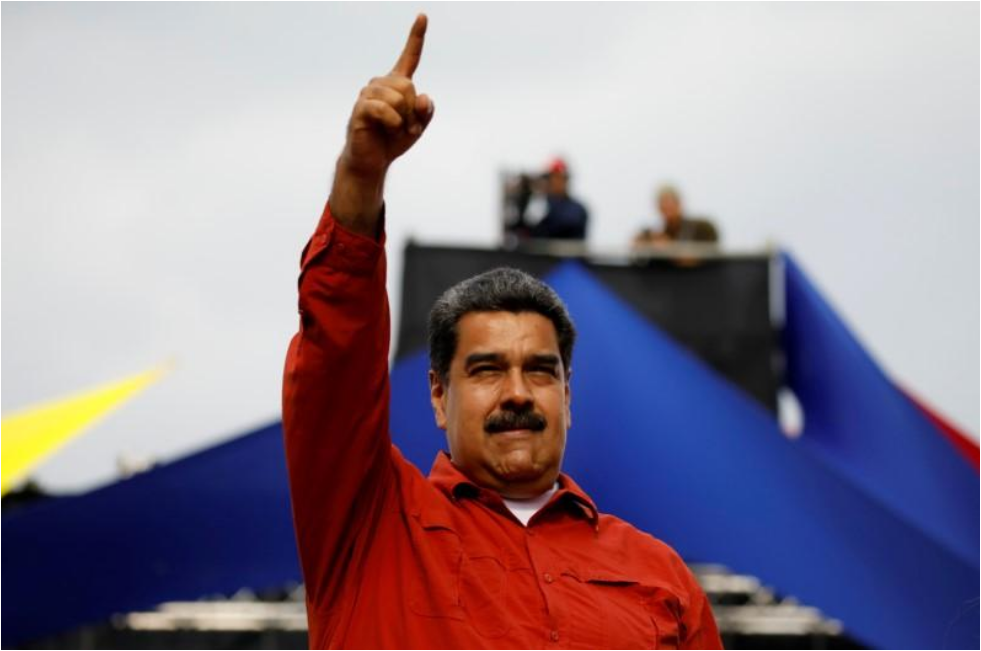 The Lima Group of mostly Latin American countries should raise its pressure on Venezuelan President Nicolas Maduro to a “new level” when it meets this week in Mexico City, Chile’s foreign minister said in a newspaper interview published on Saturday.

Roberto Ampuero, who is in the United States before attending the last Lima Group meeting planned ahead of Venezuela’s May 20 presidential vote that many countries have said they will not recognize, added that Chile may not fill its empty ambassador seat in Caracas to send a “clear” signal.

“If there is a Lima Group statement ... it cannot be just another statement,” Ampuero told Chilean newspaper La Tercera. “It has to be a statement of a new quality, of a new level.”

Maduro is widely expected to win re-election in a vote which the mainstream opposition is boycotting as two of its most popular figures have been barred from standing, the election board and courts lean toward the government, and state giveaways to voters and a formidable party machine benefit Maduro.

Ampuero’s comments come after US Vice President Mike Pence told a regional body this week that its members needed to do more to isolate Maduro, who the United States blames for Venezuela’s recession and hyperinflation that have caused food shortages and sent an exodus of migrants into neighboring countries.

Maduro says Washington and its “lackeys” in the region are bent on toppling socialism in Venezuela via a coup in order to take control of the OPEC nation’s oil riches.

Ampuero said one of the measures the bloc’s member countries could take could be stricter controls on the ability of Venezuelan officials to enter their territory, but he said the measures should not cause more suffering for the Venezuelan population.

The United States and the European Union have already enacted financial sanctions on members of the Maduro administration.