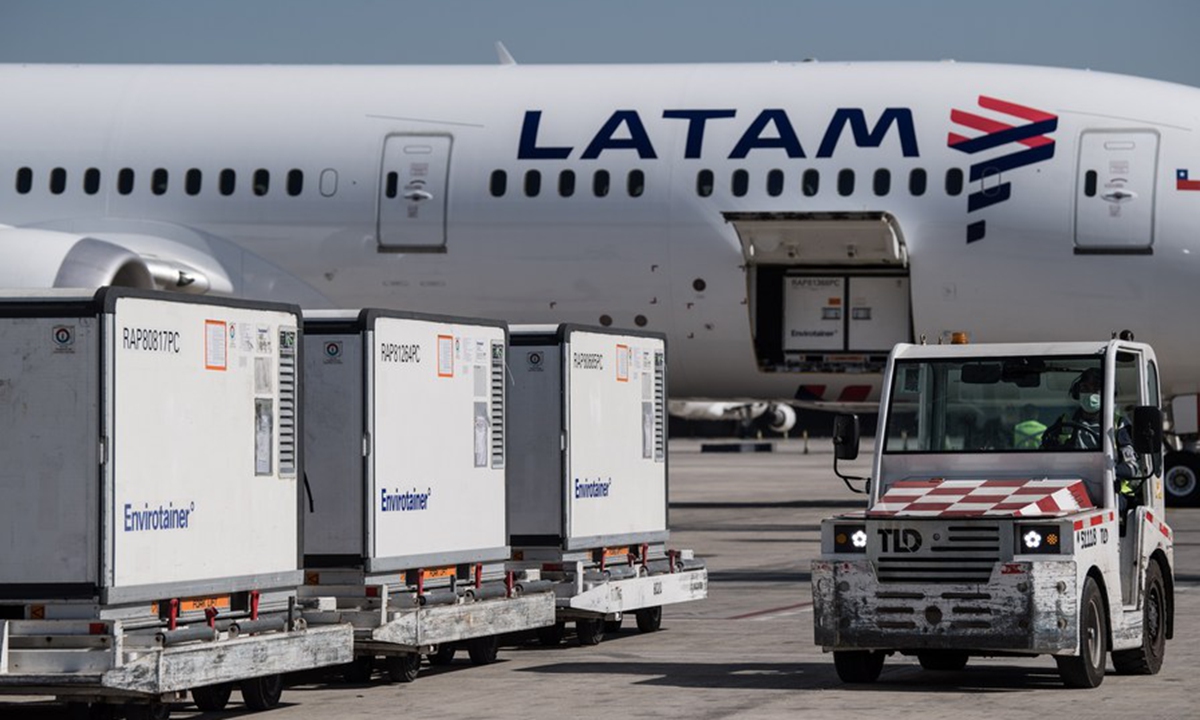 SANTIAGO, July 24 (Xinhua) -- Chilean government ministers have met with executives from Chinese company Sinovac in the northern region of Antofagasta over the pharmaceutical firm's plan to create a presence in Chile.

The group visited a plot of land 28 km north of the city of Antofagasta on Friday, which could be the site of a future production plant for COVID-19 vaccines, said the Chilean Ministry of Health.

It is estimated that the construction of the plant would be completed by the end of 2022, allowing the plant to be put into operation in 2023, said the ministry, adding it would require an investment of about 60 million U.S. dollars.

The plant could "produce vaccines not only for Chile, but also for the rest of Latin America," Health Minister Enrique Paris said.

Sinovac Vice President Meng Weining said that the company had "achieved a production of 4 billion doses (of vaccine) per year."

"We have carried out clinical studies in this country, which have reaffirmed the excellence of Chilean medical and scientific teams," Meng added.