Forty-six Chinese medical teams sent to assist Africa have worked with local people to fight the COVID-19 pandemic, practicing the concept of building a China-Africa community of common health. 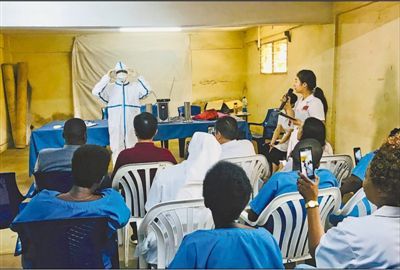 Not long ago, Azida Zahara had a tumor removed from her body by Chinese medics stationed in the city of Taza in northern Morocco.

Due to the difficulty of the surgery and the limited medical resources in the city, many local hospitals refused to admit Zahara until the Chinese medical team came to her aid.

After the medics from China made a detailed and meticulous treatment plan for her, Zahara’s successful surgery gradually improved her situation. 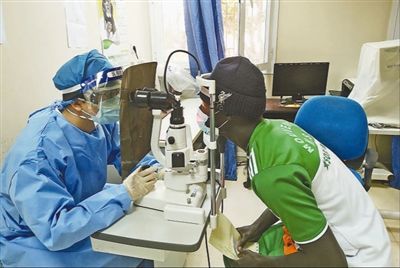 Since the onset of the pandemic in Africa, Chinese medical teams aiding Africa have conducted nearly 400 training sessions for local medical workers. They also issued guidance and handbooks, renovated intensive care units at local hospitals and donated materials and money to help the local communities cope with the pandemic.

Pikine National Hospital in a suburb of Dakar, Senegal, follows strict procedures to prevent the pandemic that have proven effective in China. Xu Wensheng, head of the medical team sent to assist Senegal, said his team had put forward 35 pieces of proposals for the Senegalese side.

Chinese medical teams have established nine branches in Morocco, mostly of which are stationed in small and medium-sized cities, as well as remote areas in the country.

According to Liu Huachi, head of the Chinese medical team assisting Morocco, taking the suggestions of Chinese medics, many local hospitals have opened fever clinics to test for COVID-19. The hospitals have also strengthened protection of medical workers and built a registration system so that patients are traceable.

Aziz, 55, dean of a school in Taza, is an old friend of the Chinese medics assisting Morocco. Every Thursday over the past 12 years, Aziz teaches Chinese doctors French and Arabic for free.

“The Chinese doctors cured my eye disease and helped me become confident about my life,” he said, expressing hope to come to China to visit doctors who have helped him.