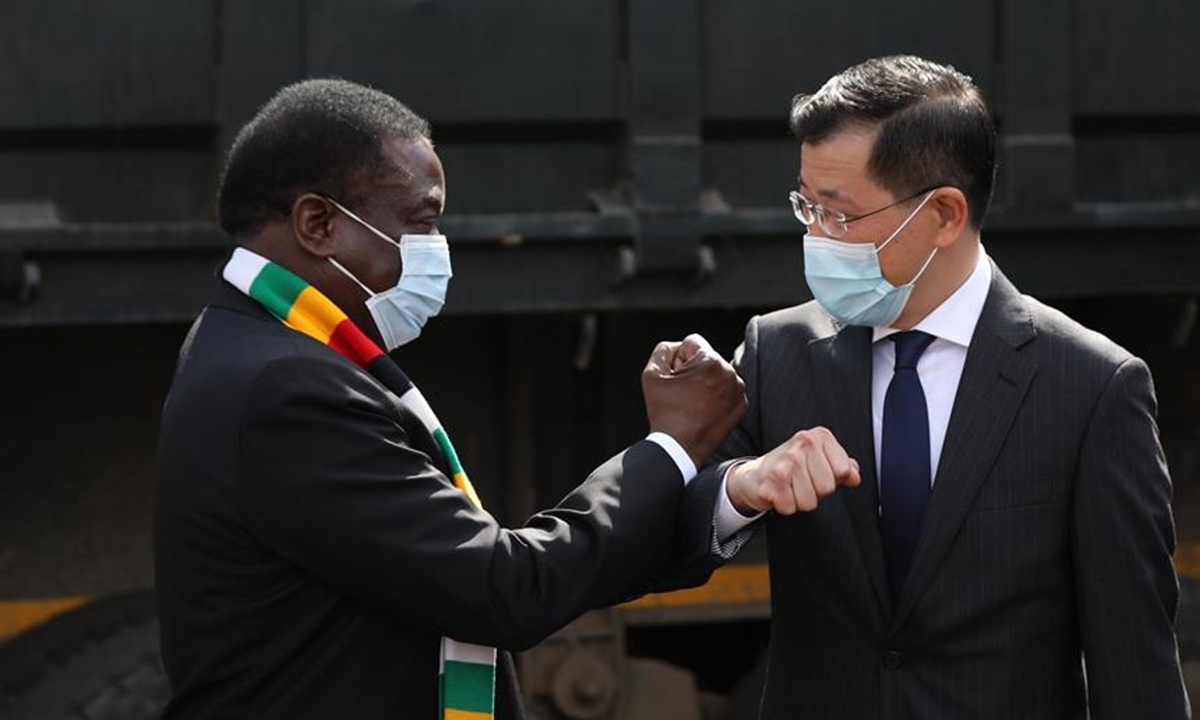 The China-Africa summit on solidarity against COVID-19 to be chaired by Chinese President Xi Jinping will be held in Beijing via video link on Wednesday, Chinese foreign ministry announced Tuesday.

The conference will serve as a channel to strengthen international cooperation and aid to African countries, as they are still facing a great threat from the virus, and cement China-African ties amid US attempts to sow discord, analysts said Tuesday.

Chinese President Xi Jinping will preside over the summit and deliver a keynote speech, foreign ministry spokesperson Hua Chunying announced Tuesday. The summit was jointly proposed by China, South Africa - the rotating chair of the African Union (AU) - and Senegal, co-chair country of the Forum on China-Africa Cooperation (FCAC).

The summit will be held in video form, and will be attended by leaders of African countries, including members of the AU Assembly of Heads of State and Government and rotating chairs of major African subregional organizations; and the chairperson of the AU Commission will attend the summit upon invitation.

The Secretary General of the United Nations and the Director-General of the World Health Organization will attend the meeting as special guests, according to Hua.

"The summit could center on several major topics, one of which is aid to Africa in fighting against COVID-19. China has aided African countries over the past months and carried on doing this to share its international responsibility,"Li Wentao, deputy director of the African Center with the China Institutes of Contemporary International Relations, told the Global Times on Tuesday.

The international community, including the WHO, had been concerned that Africa's vulnerable and undeveloped medical systems may be overwhelmed by the spread of COVID-19. However, the continent has so far remained stable with death tolls and infection rates that are not too high, experts said.

Li said that unlike members of the EU and other developed countries, Africa has a younger population and fewer basic diseases, which may lead to a lower fatality rate. African countries have implemented strict measures in dealing with the epidemic and implemented lockdowns at an early stage, and also gained much experience from previous battles against diseases, including the deadly Ebola.

However, slight lapses would result in a wider spread of COVID-19 in African countries, considering the current lack of large-scale nucleic acid testing and the large numbers of poor people living in slums, Li warned, noting that this makes the China-Africa summit necessary so that more humanitarian aid can be offered to the continent.

According to data from the Africa Center for Disease Control and Prevention under the African Union, 251,866 confirmed COVID-19 cases have been reported as of press time on Tuesday, with 6,769 deaths.

More than 8 million cases of novel coronavirus have been confirmed worldwide, with more than half in the US and Europe, and the global death toll exceeded 435,000, data showed.

China's support for African countries has helped the continent in previous battles against infectious diseases.

In 2014, when West Africa was plagued by Ebola, China took the lead in donating medical supplies and food, and dispatched medical staff, the People's Daily reported.

As early as in March, China started offering supplies, including test kits and medical protective gear to African countries and the African Union to help Africa fight against the COVID-19 pandemic. Medical teams have been deployed to many African countries to share experience and provide training to local medical staff.

Ambassador Rahamtalla Mohamed Osman, the Permanent Representative of the African Union to China, told the Global Times that he would like to express his thanks and appreciation for all the help extended by China to Africa in order to contain this coronavirus.

"The cooperation between China and Africa in fighting the coronavirus is definitely remarkable. We are very closely coordinating and this is not only limited to the level of providing medicines and equipment. There are also Chinese medical teams visiting Africa to exchange ideas and views on how to tackle the coronavirus. Chinese scientists are also working together with African scientists," he said.

African countries are still facing shortage of medicines, medical supplies as well as weak management systems, and the Wednesday summit will help China and Africa bring about more cooperation in urgently needed fields and boost coordination among African countries in curbing the spread of the virus, Song Wei, associate research fellow at the Chinese Academy of International Trade and Economic Cooperation told the Global Times on Tuesday.

2020 marks the 20th anniversary of the establishment of the FCAC.

Against this backdrop, the summit is important for China and Africa in their joint fight against COVID-19, cementing ties and building a China-Africa community with a shared future, Song said.

China-Africa ties have experienced twist and turns over the past weeks due to the alleged "discrimination" against Africans in South China's Guangdong Province, anti-China sentiment in some African countries and the murder of three Chinese nationals in Zambia, but the governments from the two sides have a consensus that the China-African friendship will not be shaken, experts said.

They also noted that the US is behind the hyping of the sudden bump in China-Africa ties, and is trying hard to sow discord between China and African countries.

"The US has made so many empty promises of aid to Africa since the outbreak of the pandemic, and because of the strain in China-US ties, it is now putting more pressure on African countries to pick a side. We believe that justice lives in people's hearts and African countries know better than to choose unilateralism and hegemony. The China-Africa friendship will not change no matter how hard the US tries to smear it," Li said.

Li said that the Wednesday China-Africa summit will also likely discuss two other topics - debt relief and work resumption in the continent.

China has announced the suspension of debt repayments for 77 developing countries and regions, as the nation is working with other G20 members to implement the G20 debt relief initiative for low-income countries, Chinese officials said at a press briefing at the State Council Information Office on June 7.

"There are many Chinese enterprises in Africa, and pushing for the resumption of work as well as taking virus prevention into consideration to realize win-win will be a topic of focus for leaders from China and African countries to discuss at the forum," Li said.