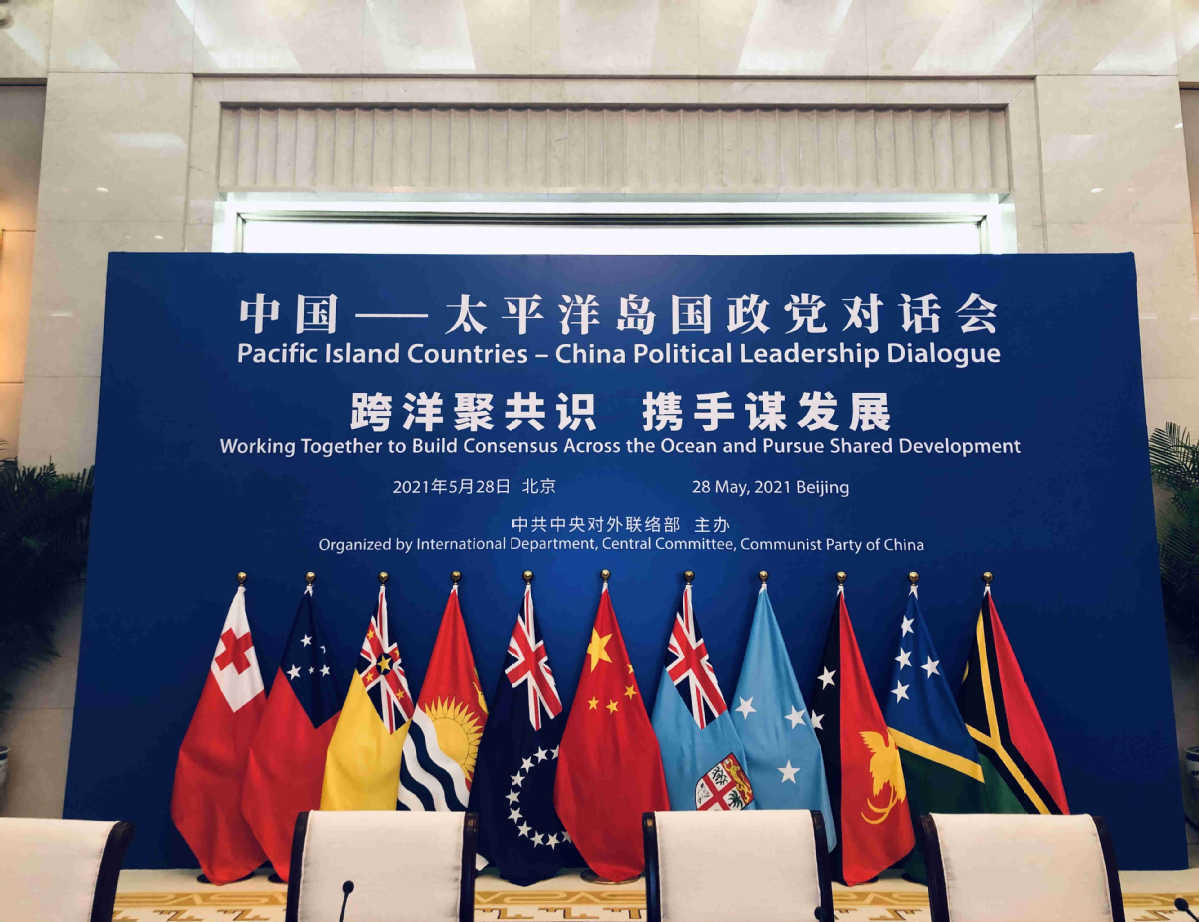 China would offer more programs for the members of political parties of Pacific Island countries to visit the nation in the coming five years, a senior official said on Friday.

Song Tao, Minister of the International Department of the Communist Party of China Central Committee, made the pledge while delivering a speech at Pacific Island Countries-China Political Leadership Dialogue.

The online dialogue, which aimed at working together to build consensus across the ocean and pursue shared development, was the first of its kind between the two sides.

Song said China is ready to deepen mutual political trust with the Pacific Island countries and step up mutual beneficial cooperation to secure a common development.

He also noted the CPC gained a lot through mutual learning and believed the dialogue could provide a new platform for mutual exchanges of bilateral parties.

In their congratulatory messages to the dialogue, leaders of Pacific Island countries hailed the CPC's role in China's progress and development, vowing to enhance intraparty mutual learning and exchanges.

They also applauded the Belt and Road Initiative and championed the vision of building a shared community of China and Pacific Island countries.

Dalton Tagelagi, premier of Niue, said it were the extraordinary leadership of the CPC and relentless efforts of Chinese people that brought about one victory after another.

Pohiva Tu'i'onetoa, prime minister of the Kingdom of Tonga, held that the fundamental reason underlying China's miracle is that China has explored and followed a path with Chinese characteristics that suits its national reality.

"The CPC takes a people-centered approach," he said, adding eliminating absolute poverty and responding to the COVID-19 in a swift and effective manner are fine examples.

In the face of changes unseen once-in-a-century, which were compounded by the devastating pandemic, participants in the dialogue lashed at the resurgence of unilateralism and were firmly against the headwinds of power politics.

And they called for solidarity over divide, openness over isolation and cooperation over confrontation in a bid to jointly tackle global problems, including coping with climate change and fighting against COVID-19.

Manasseh Sogavare, leader of the OUR Party and prime minister of the Solomon Islands, commended the Belt and Road Initiative as a tool of promoting mutual connectivity and contributing to regional development and prosperity,

And he hoped that parties in the two countries could enhance strategic communication and experience sharing to inspire each other.

As the first Pacific island country to start a nationwide rollout of a China-made vaccine, he especially expressed gratitude for China's aid, saying he completely trusted the safety and efficacy of Chinese vaccine.

Bob Loughman, president of the Vanua'aku Party and prime minister of the Republic of Vanuatu, said his country staunchly supported the one-China principle and was grateful for China's assistance without any political conditions attached.

He noted the Republic of Vanuatu would be deeply engaged in the BRI and strengthen cooperation in various areas such as infrastructure to promote an economic revival and obtain more practical and sustainable development.