ISTANBUL, Aug. 10 (Xinhua) -- As China and Turkey are celebrating 50 years of diplomatic relations, their partnership has gained momentum especially in trade and economy, experts have said. 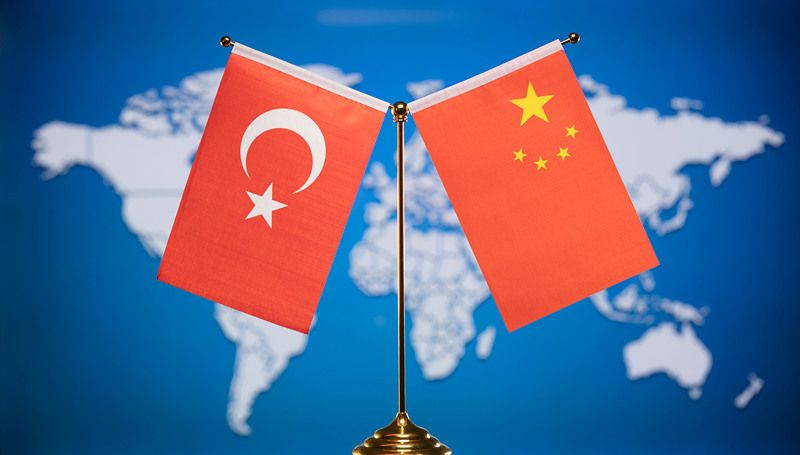 "There has been a steady improvement in bilateral ties, which have gained momentum in the last decade since the establishment of the China-Turkey strategic cooperative relationship in 2010," Selcuk Colakoglu, director of the Turkish Center of Asia Pacific Studies, told Xinhua.

"With exchanges and cooperation in various fields, especially in the past five years, China has become an indispensable trade partner for Turkey," he said.

Colakoglu, author of the book "Turkey and China: Political, Economic, and Strategic Aspects of the Relationship" published in January, noted that both nations have sought to coordinate efforts in reaching out to countries in Africa and the Middle East.

"There is serious work done by China and Turkey to develop a common strategy with G20 nations to help and contribute to the development of African and Middle Eastern countries," Colakoglu said.

China-Turkey trade volume has reached some 24 billion U.S. dollars as of 2020 and has been increasing even during the COVID-19 pandemic.

In recent years, Chinese smartphone-makers such as Xiaomi, Oppo, and Vivo have made direct investments in Istanbul, Turkey's largest city and financial hub, and neighboring towns, generating thousands of jobs.

Mustafa Aydogan, a researcher at the Ankara-based think-tank Bosphorus Centre for Asian Studies, said the resilience and shared values of bilateral relations have been clearly demonstrated during the pandemic.

"We should see the anti-pandemic cooperation as an example of what is in store regarding the Belt and Road Initiative (BRI). It gives us a glimpse of how bilateral and multilateral cooperation is moving on within this ambitious project," he said.

China shared its knowledge with Turkish scientists regarding the deadly virus at the outset of the pandemic. Turkey launched its vaccine drive using the Chinese Sinovac vaccine and expanded the drive with the BioNTech jab.

The BRI implies a "give and take cooperation" and countries investing the most in infrastructure are those going to benefit the most from the initiative, Aydogan added.

Echoing this sentiment, Colakoglu said it would be beneficial for Ankara to increase its national infrastructure investment within the BRI.

As part of a shared vision, the first export cargo train service from Turkey to China was initiated in December 2020 and the number of freight trains has increased in 2021.

Akkan Suver, head of the Istanbul-based Marmara Group Strategic and Social Research Foundation, expressed confidence that the BRI would promote the development of China-Turkey relations.

"The BRI stands as a beacon of opportunity and hope for the future of our ties," Suver told a meeting on the 50th anniversary of China-Turkey ties.

The current world situation has revealed how China's commitment to fostering a community with a shared future for mankind is accurate, Suver said.

No state could survive by itself nowadays, he noted, adding that nations must work together for a better and conflict-free future.