China and US double weekly flights

A tussle over passenger flight services between China and the US that poses serious hurdles for travel between the two countries and exacerbates fears of decoupling between the world's two biggest economies has shown signs of easing, as the US on Tuesday moved to double the number of flights. 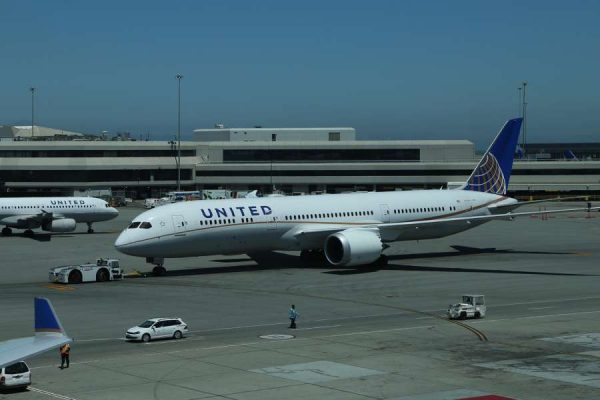 Although increasing weekly flights to eight still falls far short of the number before the COVID-19 pandemic and the two countries remain entangled in a wide range of disputes from trade to aviation, the US' decision underscored the deep economic ties and people-to-people exchange between the two countries that no arbitrary move can disrupt without paying a heavy price, experts noted.

The US Department of Transportation on Tuesday announced it will double its flights to China to eight a week, equivalent to the total number of flights now permitted by Chinese aviation authorities for US carriers, which means international flights between China and the US are expected to increase from the current total of eight flights to a total of 16 flights per week.

According to the statement, the two US carriers currently operating passenger flights to China - United Airlines and Delta Air Lines - were granted operating permission by the Civil Aviation Administration of China (CAAC) to increase their service frequency from two times a week to four.

United Airlines said that its flights from San Francisco to Shanghai will increase to four times per week from September 4. Delta Air Lines told the Global Times that as early as Monday, it will add one more flight each week between Detroit-Shanghai and Seattle-Shanghai.

"The push for increased flights between China and the US demonstrate the immense commercial connections between the two countries, and the ongoing needs of both to integrate into the global economy. Neither wants to be left out of the international market order," Zheng Hongfeng, CEO of VariFlight told the Global Times on Wednesday.

A guideline released by the State Council earlier this month said that the government will increase the total number of international passenger flights in stages, and moderately increase the number of passenger flights with China's main source of investment, which is widely regarded as China welcoming more flights from countries such as the US, as China returns as the US' largest trade partner.

Information provider VariFlight said in September there will be 72 routes planning to depart from 14 cities in the US, compared with 70 routes in 17 cities in China, which means the carriers in the two countries have submitted a total of 142 flight plans, much more than the number of flights approved by the two countries' regulators, although insiders said most of the plans would not be realized.

There are around 100 flights a week between the two countries that are allowed before the virus, according to the aviation agreement between China and the US.

The US Department of Transportation said the decision to inform the CAAC is due on August 12, allowing two carriers - United and Delta to qualify for additional numbers of flights, both can increase flights from twice a week to four, and the CAAC further said four Chinese carriers are also currently increasing their numbers from one per week to two.

Reading from numbers, it seems that there are positive signs for an increase of flights between the two countries, but insiders warned that it is just a quantitative change, and the tussle between China and the US in the aviation market has not changed and will continue.

Chinese carriers have already met the reward condition to fly more flights to the US in June, but the US side did not accept China's conditions, citing the excuse of equivalent principle, Lin Zhijie, a market watcher from Aviation Think Tank under the CAAC told the Global Times on Wednesday.

Meanwhile, the US government in June advising US citizens not to travel to China also puzzled the public, as China having the most effective control against the virus in the world.

The real reason behind this increase is that US carriers in July met China's reward condition of flying two to four times per week, then the US approved more numbers of flights from the Chinese side, Lin added.

"The core dispute is the US refuses to accept the circuit-breaker and rewards mechanism from the Chinese side, but only accepts the equivalent principle," Lin said.

The zigzaging dispute between China and the US has lasted for months. As early as January, the US government had advised its citizens not to travel to China due to the virus, and in June, the US only allowed two flights per week by Chinese carriers departing from the Chinese mainland to the US.

The Chinese regulator launched the circuit-breaker and rewards mechanism for the carriers on June 4, in a bid to control the imported COVID-19 cases to China.

However, the US Department of Transportation said on Tuesday that the US government still hopes that China will agree to fully restore US flight rights, saying "the goal is not the perpetuation of this situation, but rather an improved environment where in the carriers of both parties will be able to exercise fully their bilateral rights".

Whether there will be more flights mostly depend on the airlines being able to take effective measures to prevent passengers with the virus onboard coming to China, Qi Qi, an industry watcher told the Global Times. "It is impossible to resume all flights between the two countries in the short term."