The 2019 ASEAN New Media & New Technology Workshop training was recently held by People’s Daily in Chengdu and Beijing. During the training, journalists from ASEAN countries visited Chengdu International Railway Port Exhibition Center, People’s Daily, Ministry of Foreign Affairs of the People’s Republic of China, Confucius Institute Headquarters and JD.com to gain an insight into the development of the Belt and Road initiative (BRI) and the positive results that Chinese major media agencies and internet technology companies have achieved through the application of technology. 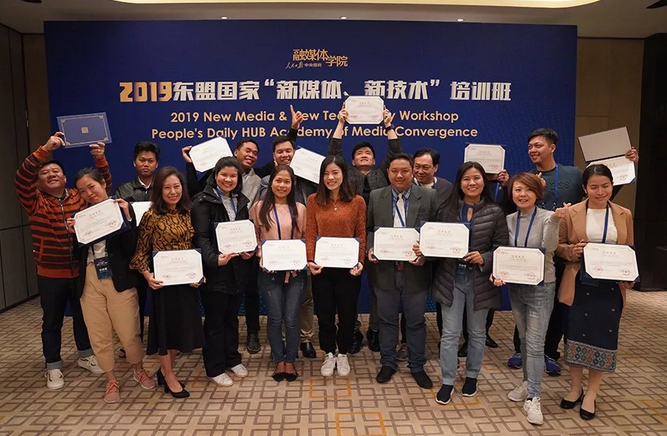 During their visit, foreign journalists engaged in a lively discussion with the staff of Chengdu International Railway Port Exhibition Center in front of the route map of China-Europe Railway Express.

The activity also focused on sharing China’s experiences in the development of its new media technologies. Various technologies including big data, cloud storage and AI have been widely applied in China’s new media industry, actively promoting the diverse spread of news reports.