WORLD China asks US to stop unilateral sanctions on Iran

China asks US to stop unilateral sanctions on Iran 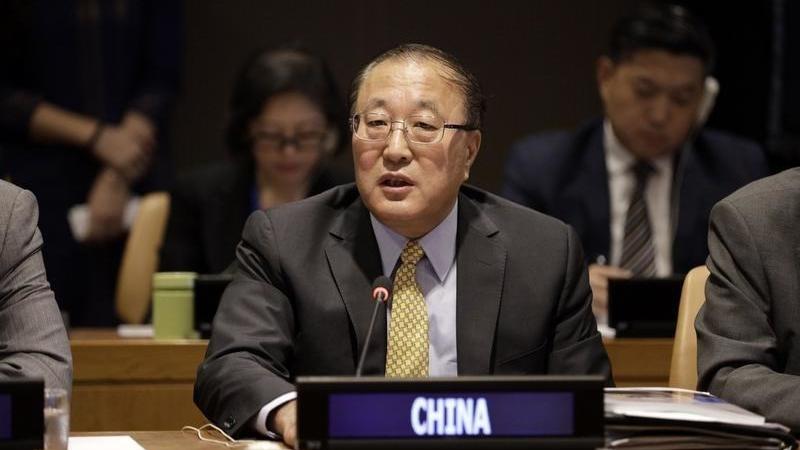 UNITED NATIONS, June 30 (Xinhua) -- A Chinese envoy on Tuesday asked the United States to stop its illegal unilateral sanctions on Iran, and voiced opposition to U.S. push for an extension of the UN arms embargo against Iran.

The root cause of the current crisis is the U.S. withdrawal from the Iran nuclear deal in May 2018 and the re-imposition of unilateral sanctions against Iran, said Zhang Jun, China's permanent representative to the United Nations.

The United States has decided to end the sanctions waiver to nuclear projects under the nuclear deal, and pushed for the extension of the UN arms embargo on Iran, which expires in October. This has again undermined the joint efforts to preserve the nuclear deal, Zhang told the Security Council.

The Iran nuclear deal, officially known as the Joint Comprehensive Plan of Action (JCPOA), is an important multilateral agreement endorsed by Security Council Resolution 2231. It is legally binding and should be effectively implemented, he said.

"We urge the United States to stop its illegal unilateral sanctions and 'long-arm jurisdiction,' and return to the right track of observing the JCPOA and Resolution 2231," he said.

All provisions of Resolution 2231 should be implemented, including arrangements on arms-related restrictive measures. Having quit the JCPOA, the United States is no longer a participant, and has no right to trigger the snapback mechanism at the Security Council, he said.

Iran's reduction of its commitment under the JCPOA is a result of the U.S. maximum pressure. Relevant parties should exercise restraint, resolve differences through consultations in the JCPOA Joint Commission, and refrain from taking steps that might complicate the situation, he said.