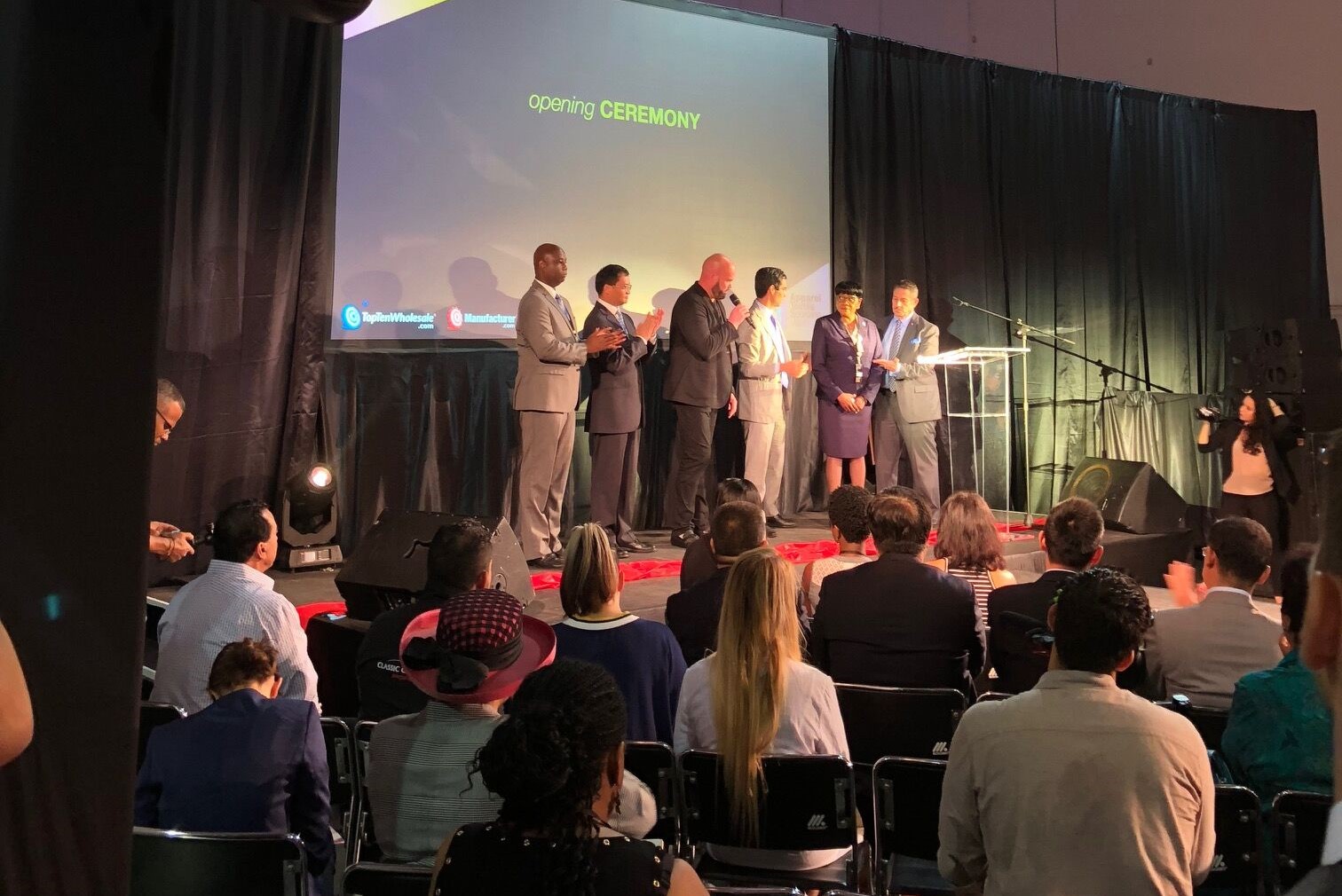 The three-day international trade show ATSC is to begin Monday at the International Center in Toronto where China Brand Show occupies roughly one third of space with a range of high-quality and environmentally-friendly "Made in China" goods. Chinese models provide a wonderful fashion show at the center Tuesday

China Brand Show made its Canadian debut as part of the Apparel Textile Sourcing Canada (ATSC) exhibition last year, drawing thousands of visitors from a wide variety of industries. China Brand Show has also seen huge success in the United States after launching in 2002.

2018 ATSCT show will double in size from 2017 to include additional categories such as accessories, giftware, home electronics, footwear, luggage and housewares and general merchandise.

Almost 600 booths, including will line the show floor, featuring the latest and greatest trends and unique offerings in apparel and textile from more than 20 countries, including Canada, China, Bangladesh, India, Pakistan, the US, the UK, Turkey, Switzerland, Spain, Nepal and Ukraine.

The event provides the thousands of expected attendees with unprecedented networking and business opportunities with international suppliers on Canadian turf.

It is also a major feat for local businesses that are poised to benefit from making unprecedented connections and securing deals with top-rate international suppliers.

During the exhibition, more than 20 lectures and forums will be held, and world-renowned industry experts expected to explain business knowledge, fashion trends and trade trends to the audience.

In a good will gesture, ATSC has teamed up with leading Chinese clothing manufacturer Changshu Garment Town to donate at least 500 pieces of winter outwear to Brands for Canada - a national organization that provides new, donated clothing, personal care and houseware items at no cost to Canadians living in poverty - during the show.

Show managers have also announced their involvement in the first China Import EXPO, which takes place November 5-10 in Shanghai.

"This event provides an unprecedented opportunity for Canadians to introduce their brands into the Chinese market," said Jason Prescott, CEO of JP Communications, ATSC producer and North America's leading publisher.

ATSC is supported by many international governments and associations, headed by the China Chamber of Commerce for Import and Export of Textile and Apparel (CCCT).