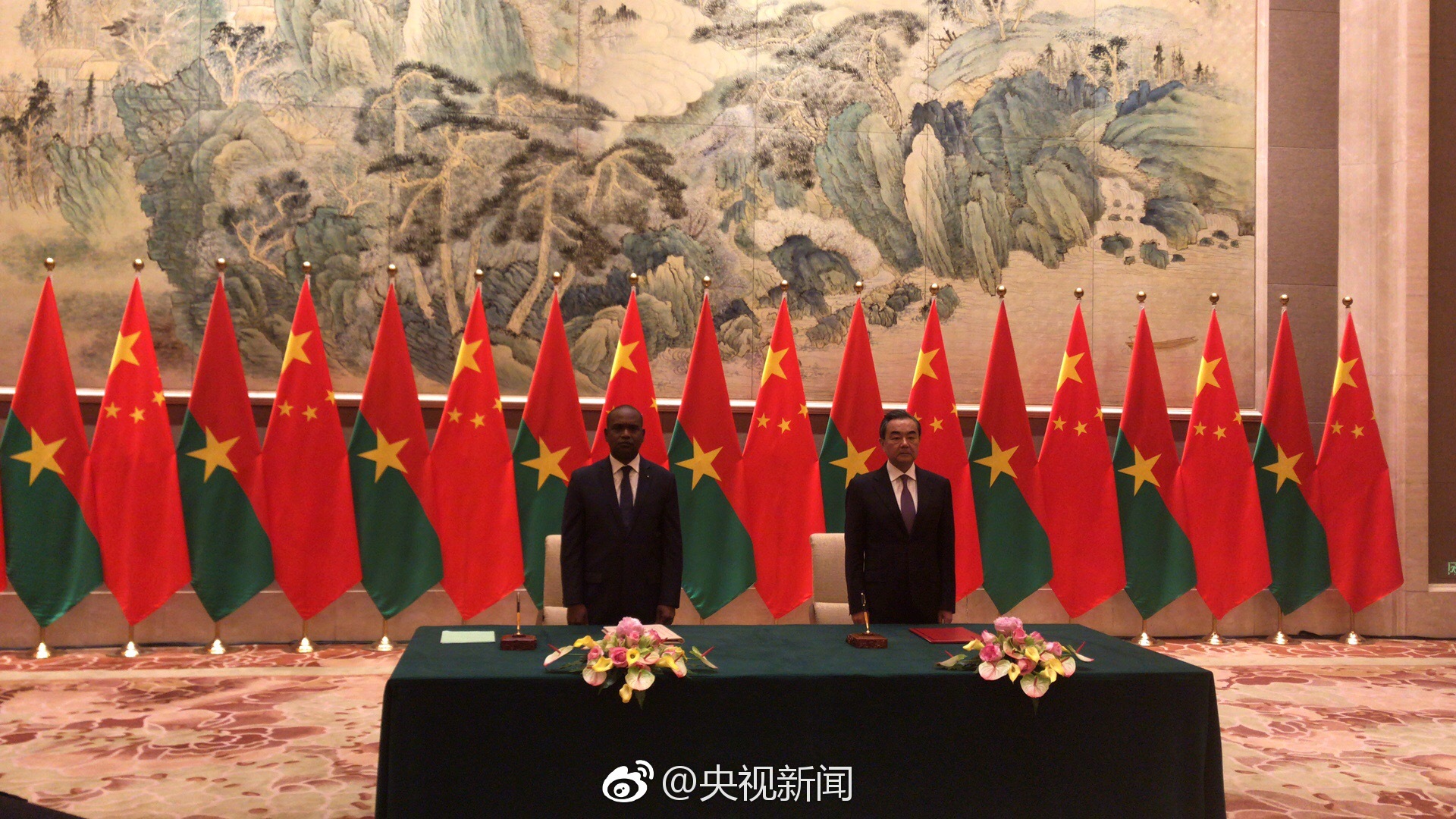 The communique said the resumption of the ties was in line with the interests and wishes of the people in the two countries.

The two governments agree to develop friendly relations based on the principles of mutual respect of sovereignty and territorial integrity, non-aggression, non-interference in each other's internal affairs, equality, mutual benefit and peaceful coexistence, the communique said.

The government of Burkina Faso recognizes that there is but one China in the world, that the government of the People's Republic of China is the sole legal government representing the whole of China, and that Taiwan is an inalienable part of China's territory.

The government of Burkina Faso promises it will have neither official relations nor official exchanges with Taiwan, it said.

The African nation announced a decision to sever its "diplomatic" relationship with Taiwan on Thursday.