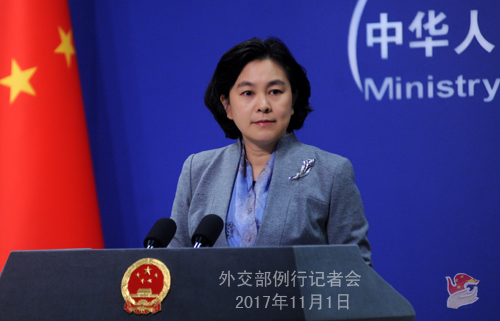 At least eight people have been killed and over a dozen more wounded after a truck mowed down pedestrians in New York City on Tuesday evening. Speaking at a press conference on Wednesday, Chinese Foreign Ministry spokesperson Hua Chunying said China condemned the attack. She reiterated China's stance against terrorism and called for the enhancement of international anti-terror cooperation.

Hua Chunying says:" We condemn the terror attack in the city and send our condolences to the families of the victims. We've noticed the mayor of New York has already described the incident as a terrorist attack. China's position on terrorism is always consistent. We oppose all forms of terrorism and call for the enhancement of international cooperation against it."