China made a call on Monday to the Association of Southeast Asian Nations, China, Japan and the Republic of Korea (ASEAN Plus Three or 10+3) to oppose political manipulation, jointly fight the epidemic, and accelerate regional economic recovery amid a complex and severe epidemic situation. 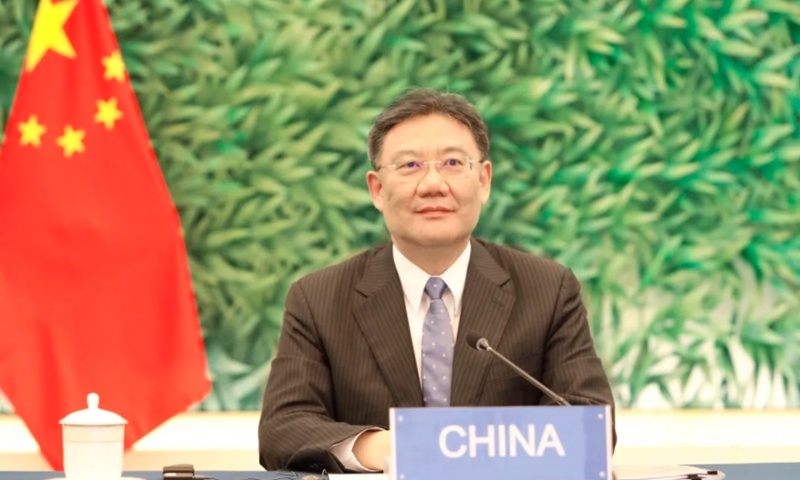 On Monday, Wang Wentao, China's Minister of Commerce, attended through video conference the 20th China-ASEAN (10+1) Trade Ministers' Meeting and the 24th ASEAN Plus Three Trade Ministers' Meeting to talk with his counterparts about efforts to fight the epidemic, seek common development and exchange in-depth views on regional economic and trade issues.

Faced with a complex and severe epidemic situation, the countries of the region should oppose political manipulation, jointly fight the epidemic and accelerate regional economic recovery, Wang said, according to a statement from China's Ministry of Commerce.

China, Japan and the ROK should jointly increase investment in ASEAN and join hands to help build the ASEAN community, Wang added.

Trade ministers also emphasized that cooperation and coordination should be strengthened to promote the fair acquisition and distribution of drugs and medical supplies like the COVID-19 vaccine, alleviate the impact of the epidemic, and promote economic recovery.

The ministers highlighted that the signing of the Regional Comprehensive Economic Partnership Agreement (RCEP) is of great significance, reiterated the maintenance of the multilateral trading system and the support to the WTO for necessary reforms. They also emphasized the urgency of restoring the dispute settlement mechanism and supported the development of small, medium and micro enterprises while vowing to promote the deepening of cooperation in the fields of finance, information technologies and supply chains.

The 20th China-ASEAN (10+1) Trade Ministers' Meeting made a joint statement on further enhancing the level of economic and trade cooperation, and a report on the implementation of the China-ASEAN Free Trade Agreement.

Participants at the 24th ASEAN Plus Three Trade Ministers' Meeting reviewed a progress report of an action plan for mitigating the economic impact of epidemic and an economic cooperation work plan (2021-2022).