Chinese State Councilor and Foreign Minister Wang Yi on Saturday called for consolidation of political foundation and mutual trust between China and Japan for a smooth improvement of bilateral ties ahead of a planned visit to Japan by President Xi Jinping next spring.

Wang made the remarks while addressing the opening ceremony of the Tokyo-Beijing Forum held in Beijing. He said Xi's visit to Japan next year will serve as an important milestone for China-Japan relations to usher in a new era of development. The two nations should work together to create a suitable environment for such a cause, he added.

In order to enhance political trust, Wang urged Japan to keep its promise of correctly dealing with issues of major concerns to China, especially regarding history and over Taiwan, by strictly sticking to the "one-China" principle and respecting Beijing's position on historical issues. 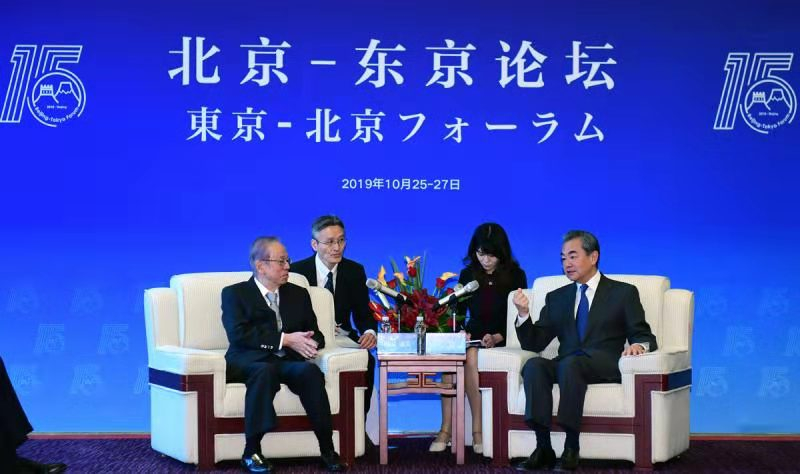 During the Group of 20 (G20) summit held in Osaka this summer, President Xi met with Japanese Prime Minister Shinzo Abe during which both leaders reached 10 important consensuses on key issues between China and Japan, injecting a new impetus into the bilateral relations.

Wang, hailing the importance of the meeting, called for better implementation of the consensuses reached between two leaders in light of a bright prospect for future development of ties.

He called on both countries to enhance political mutual trust and boost mutually beneficial exchanges in trade, security, culture, and between the two peoples.

China and Japan should strengthen strategic cooperation in promoting multilateralism and free trade in the East Asia, play leading roles in safeguarding security and peace in Northeast Asia, so as to push forward regional peace and development in the Asia Pacific and together combat global challenges, Wang urged. 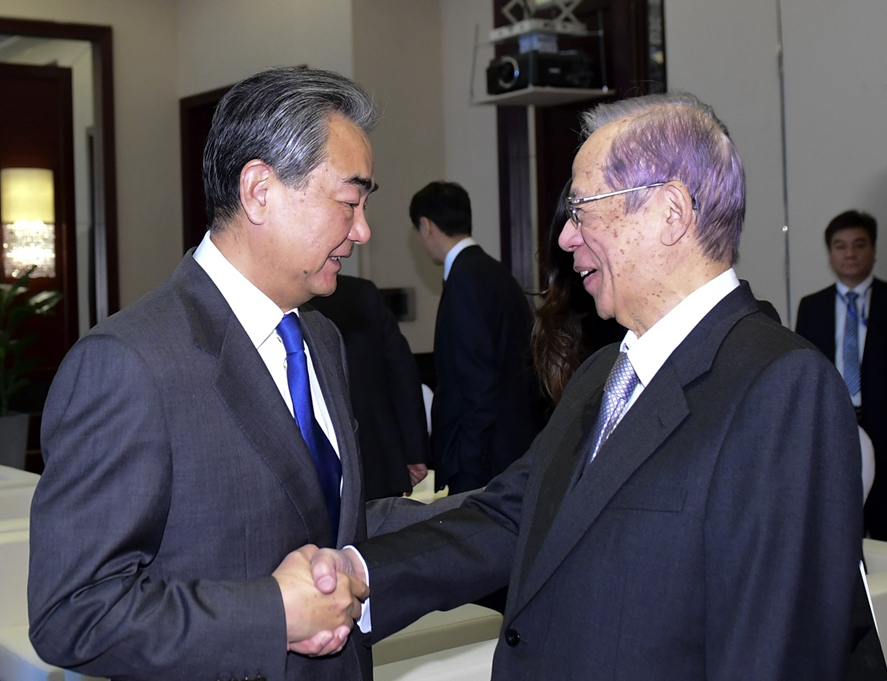 During his meeting with former Japanese Prime Minister Yasuo Fukuda, who also delivered a speech at the opening ceremony, Wang urged the two sides to make use of more non-government channels like the forum to enhance cultural communication, hailing in-depth people-to-people dialogues and exchanges as a key driving force of China-Japan friendship.

This year's Tokyo-Beijing Forum, themed "new era, new hope: responsibilities China and Japan shoulder to maintain the peace and development of Asia and the world," is held in the Chinese capital from October 26 to 27.

As an annual event representing the highest public diplomatic communication platform between China and Japan, more than 500 guests from political, business, academic and media circles of the two countries gather to discuss major issues of common concerns.