China calls on US to maintain healthy, stable bilateral ties 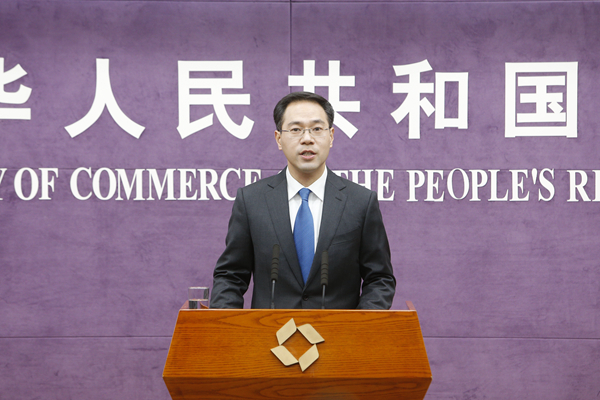 The spokeman of China's Ministry of Commerce Gao Feng on December 21,2017. (File photo)

China's Ministry of Commerce said Thursday that the US should work with China to maintain healthy and stable bilateral ties.
"Abandoning the Cold War mentality and hegemony, the world's two largest economies would maintain win-win cooperation and mutual development, and together could push prosperity in the global economy," the ministry spokesman Gao Feng told a press briefing.
Commenting on the newly released US national security strategy report, Gao said the report had raised global concerns about the stability of the world's economy.
The report, released by US President Donald Trump Monday, refers to China and Russia as "revisionist powers," and lists them as "competitors" seeking to alter the status quo that favors the US.
"As the world's economic recovery remained sluggish, a stable expectation would be crucial for maintaining the recovery momentum," Gao said.
He said the new type of international relationship should not be one of zero-sum competition, and China had always viewed the US and other economic and trade partners as ooperators, but not competitors.
"China has never engaged in, and will never pursue so-called economic aggression policies," the spokesman said.