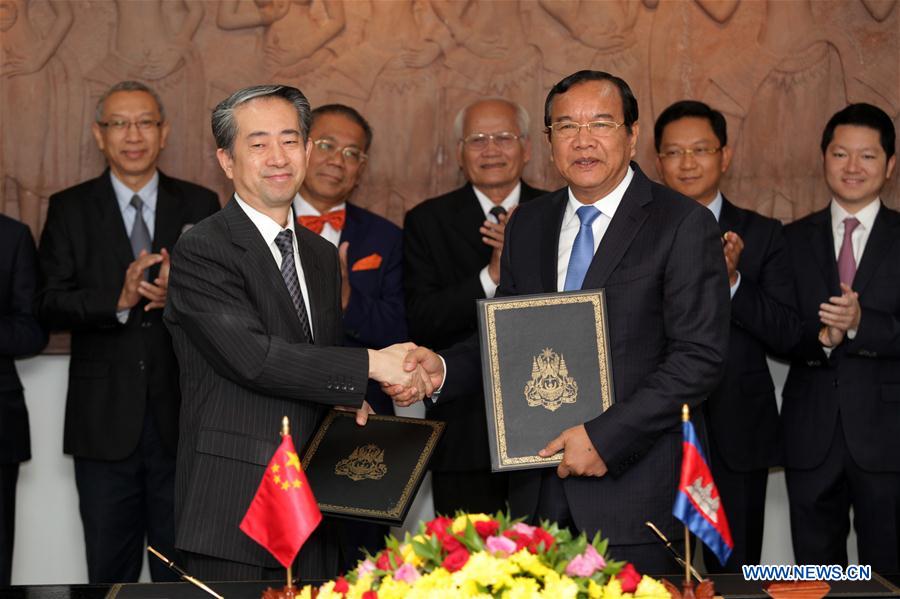 Bangkok (People’s Daily) - China and Cambodia signed the Agreement of Cooperation on Projects of the Lancang-Mekong Cooperation (LMC) Special Fund at the Cambodian Ministry of Foreign Affairs and International Cooperation on December 21.

Xiong Bo, Chinese Ambassador to Cambodia, and Prak Sokhonn, Cambodian Minister of Foreign Affairs and International Cooperation, signed the agreement on behalf of both sides.

With a total budget of more than $7.3 million, the agreement was signed implementing 16 Cambodian projects for the first batch under the LMC framework including agriculture, tourism, education and cultural exchanges.

The LMC Special Fund was initiated by China at the Sanya meeting, with the aim of supporting small and medium-sized cooperative projects put forward by the six countries.

Xiong delivered a speech at the signing ceremony, saying that the LMC framework is a new sub-regional cooperation mechanism jointly built and shared by six Lancang-Mekong countries.

He also mentioned that Cambodia declared and approved most of the first batch of projects of the LMC Special Fund, reflecting Cambodian government’s enthusiasm for the LMC framework.

Xiong added that the smooth implementation of these projects will certainly help Cambodia speed up its development and improve the livelihood of Cambodians, and that it will also benefit the cooperation and common development of the Lancang-Mekong countries.