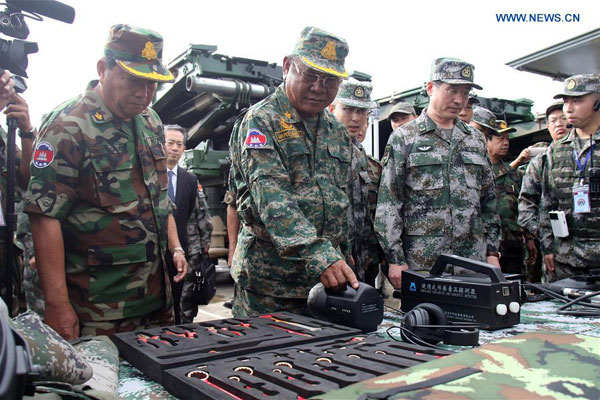 BEIJING, Feb. 29 (Xinhua) -- The Chinese and Cambodian armies will hold a joint military training in Cambodia from March 2 to April 10, a Chinese military spokesperson has said.

Code-named "Golden Dragon-2020," this year's event will focus on joint counter-terrorism combats, said Wu Qian, a spokesperson for the Ministry of National Defense.

The joint training, the fourth of its kind, is expected to strengthen strategic mutual trust, cooperation and exchanges between the two armed forces, and enhance their capability in jointly tackling international security threats.

China will dispatch 265 military personnel for the joint training, according to Wu.