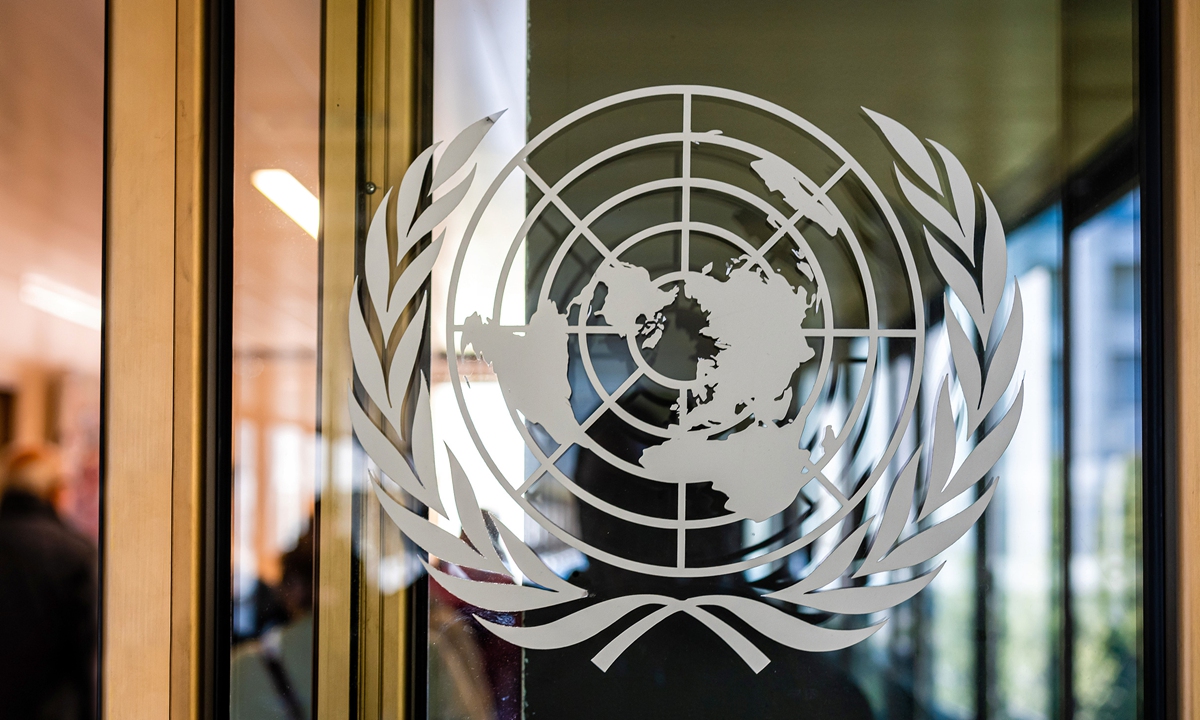 This year marks the 50th Anniversary of the restoration of the lawful seat of the People's Republic of China in the United Nations. Over the past half century, China has been proactively embracing and integrating into the world, promoting multilateralism, major-power cooperation as well as global peace and stability, the positive characteristics designed for the UN since its establishment, which have been betrayed and abandoned by the US.

The name "United Nations" was coined by former US president Franklin D. Roosevelt. It was designed as an international organization and structure to maintain world peace, and to carry forward the logic of collective security. Its strength is based on efficient major-power cooperation - joint efforts among the five permanent members of the UN Security Council. If they are united, share the same stance, and concentrate all their powers, they can effectively deal with various challenges the world confronts.

In the early days when the UN was founded, the US was, compared with what it is today, a relatively reasonable hegemon. The hegemony it pursued at that time was US-led major-power collaboration. To some extent, Roosevelt can be viewed as an idealist with realistic considerations. His vision of the UN soon faced obstacles during the Cold War. Given the rivalry between the US and the former Soviet Union, the two sides casted their vetoes against one another, paralyzing the UN.

Since the end of the Cold War, the UN has encountered a new puzzle - contradictions between US national security and foreign strategies, and the UN's nature, functions, and operating mechanisms. To be more precise, the US is going after infinite hegemonic power, asymmetrical freedom of actions across the world, as well as US exceptionalism. All those conflict with the universal international rules pursued by the UN.

That's why we are witnessing a paradox - the UN was established after the end of the World War II with the aim to prevent another world war, but the US has launched the most wars globally ever since.

In many cases, the US' abuse of unilateral freedom of action, be it military interference, willful definition of human rights, political intervention in other countries' domestic politics under the banner of so-called human rights, has jeopardized the UN's function as a fair multilateral platform.

The US wishes it could be totally free of restrictions from UN rules. Worse, it hopes to turn the UN into its tool to maintain hegemony. How can this be possible?

Since the US is storming ahead on its path of unilateralism, and has found that the UN can hardly meet its needs, plus as US domestic politics and economy undergo changes, Washington is no longer willing to shoulder its legitimate international responsibilities as a major power. It divorced multilateral organizations and deals one after another.

But at the end of the day, people realize that even though the US is the only superpower in the world, it is not capable to reinvent the wheel. The truth is, the US could still enjoy some of the advantages in favor of itself accumulated throughout history in system design in the UN, if it stays in it. Once the US really quits the UN, it will be utterly isolated.

All the withdrawals of the US from multilateral platforms will sooner or later prove to be a useless struggle of the US in pursuit of hegemony and unilateral freedom of action. The US will have to come back after wasting its hegemonic resources and accelerating its decline.

On the other half of the planet, a different story is unfolding. After China's return to the UN, all the positive UN elements the US once acknowledged yet now betrayed - multilateralism, major-power cooperation, the responsibility to maintain world peace and stability - have been shouldered and carried forward by China. Under the UN's framework, China has continuously improved and promoted its duties to ensure that the UN can be brought into full play in today's world as its designers wished.

China has vetoed resolutions that favor placing sanctions on or even launching unilateral military intervention toward other countries, such as on Syrian issues. Because China firmly believes that the use of sanctions or threats in the international arena will not help solve any problem - only create more, larger ones.

What China promotes - multilateralism - is an unstoppable trend in human development. Forging small circles or hailing military alliances as so-called multilateralism is a false proposition. The fact that the UN has arrived at where it is today has proved that the significance of wider collective security transcends that of alliances. Creating alliances to provoke certain countries, leaving them with no alternative but to unite against provokers, will only trigger new major-power wars. This has already been proven repeatedly by history. It is hoped this is remembered by the US.

The article is compiled by Global Times reporter based on an interview with Shen Yi, professor at the School of International Relations and Public Affairs of Fudan University.