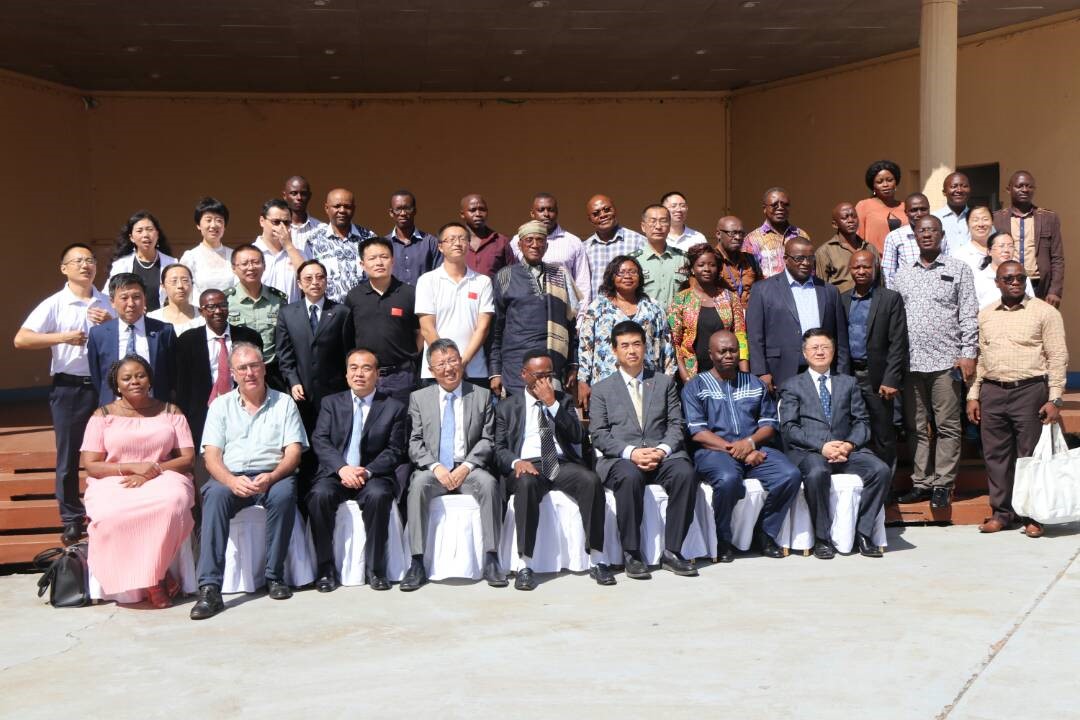 Chinese Center for Disease Control and Prevention (CDC) in Sierra Leone together with Ministry of Health & Sanitation has unveiled the second phase of the fixed biological safety laboratory technical cooperation project at the Bintumani hotel in Freetown, Sierra Leone’s capital.

The general objective of the project is to enhance Sierra Leone’s capacity for infectious diseases prevention and control by supporting the development of disease surveillance and laboratory system.

Dr. Dong Xiaoping, the Director of China CDC noted at the launching ceremony that the project would support national surveillance and early warning of emerging and re-emerging infectious diseases in Sierra Leone by detecting Ebola, Dengue Fever, Yellow Fever, Zika and Lassa Fever and other similar diseases. He said they would ensure this by providing technical support on disease surveillance system establishment with preparedness and response to public health emergency event.

He said that the expected outcomes of the project was to recognize epidemic and pathogenic feature of the fatal infectious diseases in Western Area District and to enhance the capacity of the local staffs both in clinical and public health in the identification, diagnosis, treatment and prevention of infectious diseases in the country.

In line with the capacity building for local staffs in the area of laboratory practice and disease surveillance, Dr. Dong revealed that, China has already sent 60 Chinese experts to Sierra Leone and that, there would a training opportunity for 30 Sierra Leoneans public health professionals and they would further recommend outstanding local staff to further study in China.

The World Health Organization (WHO) representative Dr. Charles Njuguna commended the Chinese CDC team's project noting that the result of the project was seen at China-Sierra Leone Friendship Hospital at Jui. He pointed out that laboratory at Jui was offering treatment that were not available in the country and that the lab has given a resilience to lab system in the country. He said WHO has been challenged with the prevalence of malaria and Hepatitis B in the country but that they were happy that the Chinese CDC was now helping in that direction. He noted the water surveillance system also captured under the project was very helpful for environmental health.

Ambassador Wu Peng highlighted at the launching ceremony that disease control was very much important as the recent Ebola outbreak in Democratic Republic of Congo has posed a serious threat to not Congo economic development as a country, but also the entire Africa continent. Ambassador Wu said keeping Ebola out of Sierra Leone was able to reserve thriving and stable economic growth to a complete breakdown and that the disease was only defeated through a collaborated effort from the international community and Sierra Leone. He said disease control was very good for socioeconomic development and that he has confidence in the new administration of president Bio that they would continue to prioritize the issue disease control and win in that direction.

The ambassador noted that the medical lab at Jui belongs to Sierra Leone because it has been handed over to the Ministry of Health. He said that they would continue to support capacity improvement of local staff for the future operation of the lab at Jui and that he hoped by 2020 Sierra Leone would be able to run the laboratory system by allocating fund to it operation.

He concluded by saying that China always has the health of Sierra Leoneans in mind and they would continue to stand ready to help the country build excellent medical team.

In his statement, the Deputy Minister of Health & Sanitation said that the friendship between Sierra Leone and China is a relationship that benefits both nations and that China has made significant contribution to improving Sierra Leone's health sector. He said the management of the Jui hospital and flying in health experts to work with the local staff and also providing medical scholarship in various field has been very visible.

He noted that the project resonate with president Bio’s agenda on health under the new direction. He noted that president Bio's inaugural speech emphasized on the need for improving the surveillance system for the prevention of viral diseases outbreak.