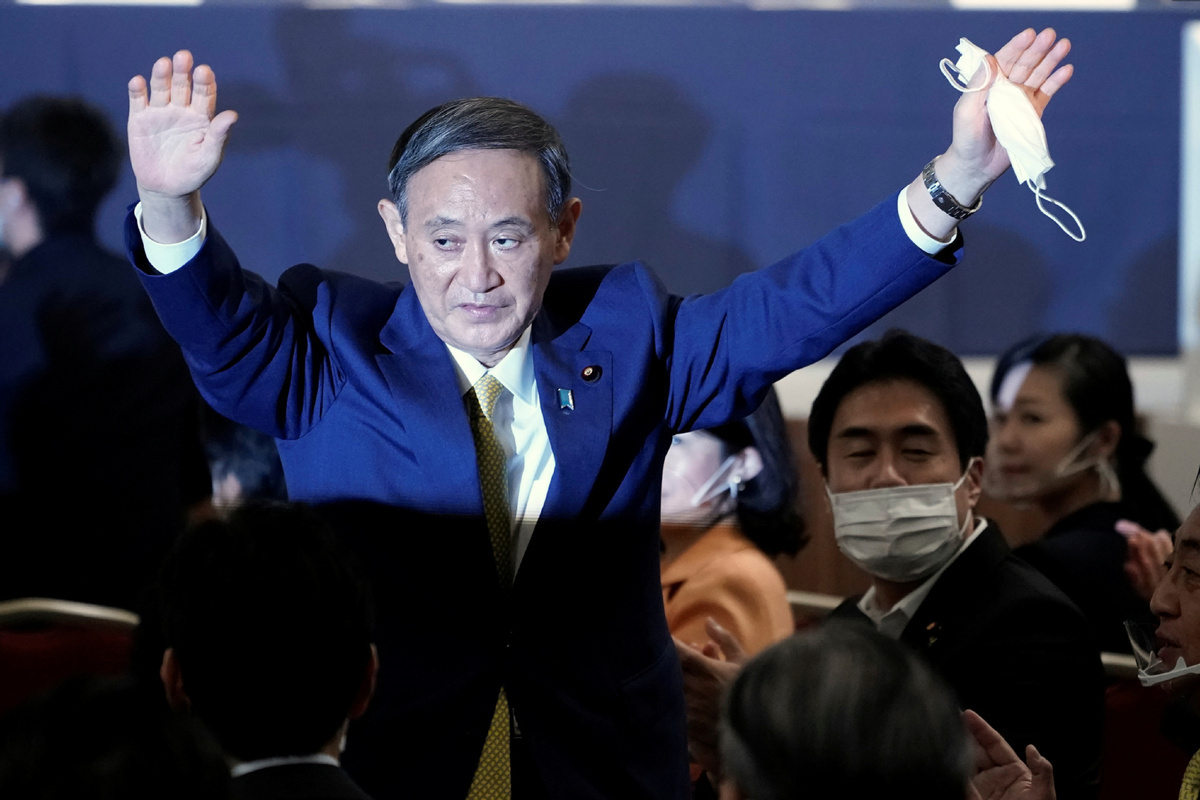 Yoshihide Suga, Japan's chief cabinet secretary, was on Monday elected as the new president of the LDP to take over from outgoing Prime Minister Shinzo Abe.

"China stands ready to work with Japan's new leader to continue to abide by the principles and spirit set in the four political documents between the two countries, deepen cooperation in fighting the COVID-19 pandemic as well as economic and social development, and promote the continuous improvement and development of China-Japan relations," said Wang.