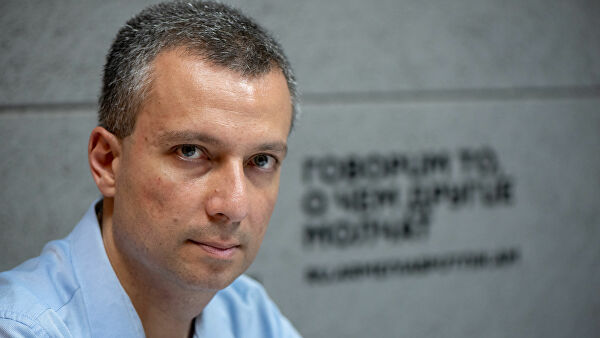 In an interview with People’s Daily, Benyamin Poghosyan, chairman of the Center for Political and Economic Strategic Studies in Yerevan, Armenia shares his opinions on the US government actions on the Taiwan question and his support for the Chinese mainland position.

1. What do you think of the recent actions by the US government on the Taiwan question?

The visit of the US Speaker of the House of Representatives, Nancy Pelosi, violated the “one China” policy, which is recognized not only by the US but also by the entire international community. It is another attempt by the US to use Taiwan to limit China's rise and can be characterized by no other term than provocation.

The US actions only add tensions in the region, jeopardizing all regional states' stability and prosperity. The peaceful reunification of China has no alternatives, and any actions toward so-called “Taiwan independence” will only bring suffering to the Asia-Pacific. As the world faces multiple challenges such as COVID-19, rising inflation and crisis in Europe, every responsible member of the international community should make efforts to stabilize the situation and not create additional crisis points.

2. Please talk about your impression of China. How do you understand the concept of building a community with a shared future for mankind?

The millennia-long history of China is full of episodes of success and development. As one of the world's ancient civilizations, China has always been the focus of other nations which admire Chinese culture, traditions and development.

Chinese President Xi Jinping's concept of building a community with a shared future for mankind is the only alternative to the predatory policies of the great powers. China calls on the international community to promote partnerships, security, economic growth and build a sound ecosystem. Armenian people value the responsible Chinese position in its commitment to uphold world peace, pursue joint development and foster partnerships. The generous support of China to the developing world during the COVID-19 pandemic including the supply of vaccines, is another manifestation of the new foreign policy principles advocated by China.

3. Do you have unforgettable stories from your visit to China? In the past 10 years, what areas of development in China impressed you the most?

My first visit to China took place in the autumn 2016. I participated in the Seventh Xiangshan Forum, which was held October 2016 in Beijing. I was impressed by the modern infrastructure of Beijing: airports, highways, residential and commercial buildings. However, I was most impressed by the friendly attitude of the Chinese people. As a scholar of international relations, I have visited many countries such as Russia, the US, Eastern, Western Europe and Central Asia. However, almost nowhere did I feel at home, a feeling which was present throughout my first journey to China. The contacts with Chinese experts in foreign policy and international relations revealed their deep knowledge of contemporary issues and their readiness to establish and facilitate contacts with their counterparts.

Since my first visit in 2016, I have been to China four more times. I want to emphasize my lasting impressions from my visits to Guangzhou, Shenzhen and Chongqing. The unique digital technologies in those cities proved that China has cutting-edge advantages in 5G networks, artificial intelligence, big data and robotics. The transformation of Shenzhen from a small fishing village into one of the global centers of the digital world is awe-inspiring.

I remember my visit to the Shenzhen history museum, which was a vivid example of the successes of the Chinese policy of reform and opening-up. The modern infrastructure and authorities’ efforts to take every possible step to make the life of a resident as convenient as possible were a reminder of the Chinese government's focus on improving the everyday life of Chinese residents. The technological innovations of modern Chinese cities were impressive, but I was touched most by ordinary Chinese people's support and friendly attitude. Everyone was ready to support foreigners regardless of their nationality and gender.

Summarizing what I knew about China before my first visit to the country and adding the first-hand information which I gained during my five visits, I may emphasize the incredible economic development of China during the past decades, which resulted in lifting hundreds of millions of people from poverty. Chinese economic growth significantly contributed to the world economy. Chinese foreign aid and investments in many areas helped boost the economic growth of those countries, helping them reduce the gap between developing and developed countries.

4. What do you think of the relationship between China's development achievements and the leadership of the Communist Party of China?

In this uninterrupted journey towards realizing national dreams, the last century of Chinese history stood alone, marked by the tremendous efforts to push China further ahead. Many factors contributed to these achievements, but the key driver behind the Chinese miracle was the Communist Party of China. Since its founding in 1921, the Party has made seeking happiness for the Chinese people and rejuvenation for the Chinese nation its mission.

Based on the achievements of the past years, the Communist Party of China launched a new era of reform and opening-up. The historic decision was made to shift the focus of the Party and the country’s work into economic development and launch the reform and opening-up era. This new policy achieved tremendous success, raising hundreds of millions of people from poverty and transforming China into one of the world's economic powerhouses.

Under the wise leadership of the Communist Party of China, the Chinese people continued their efforts to advance practical, theoretical and institutional innovation while building a moderately prosperous society in all respects. The Communist Party of China effectively answered a series of basic questions regarding socialism with Chinese characteristics including development path, development drivers and strategies, national reunification, diplomacy and international strategy. The tremendous success of China in raising the living standards of hundreds of millions of Chinese people brought about world attention to the phenomenon of China. Given the growing social and political tensions in developed countries and the increasing income gap between different layers of society, more and more experts and academicians started to look to China, seeking to understand the core reasons behind its astonishing success and trying to study the Chinese experience.

As China, led by the Communist Party of China, continues its impressive growth and developments, many countries look toward China as a model of successful efforts to use the resources and power of the state to support the daily lives of ordinary people. As humanity seeks to overcome the negative implications of COVID-19, the financial crisis, and embraces the battle with climate change, it needs new methods and new answers. In this context, the Chinese example sends a clear message to the people of different countries that hard work, honesty and the ability to concentrate potential on solving the most pressing issues, will bring results.