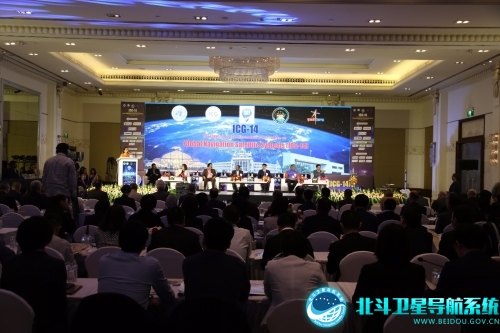 Bangalore (People's Daily)-The 14th Meeting of the International Committee on Global Navigation Satellite Systems (ICG) of the United Nations kicked off in Bangalore, India on December 8.

The meeting will last for six days. Led by Yang Changfeng, the Chief Architect of the BeiDou Navigation Satellite System (BDS), the Chinese delegation with more than 50 representatives attended the meeting. A BDS system update report was presented at the meeting.

The meeting was hosted by the Indian Space Research Organization, and attended by representatives of the global and regional satellite navigation system providers, including China, the United States, Russia, European Union, Japan and India, and other ICG members from Italy, the United Arab Emirates and Australia.

Delegates will exchange deep views on compatibility and interoperability, high-precision applications, and other hot topics in the satellite navigation field.

The Chinese delegation will participate in discussions focusing on construction and operation, application promotion, international cooperation since the time when BDS started providing global services.

The Chinese appeals and solutions, aiming at mid-orbit satellite search and rescue, space debris disposal, precise point positioning, and expanding application areas will be presented. These will positively contribute Chinese wisdom to the development of satellite navigation systems, and provide the Chinese plans for information and intelligent development in countries worldwide.

As BDS plays an increasingly important role in the field of satellite navigation in the world, substantial progress has been achieved on the cooperation and exchanges with other navigation satellite systems. The agreement on cooperation between the governments of China and Russia has formally taken effect. The compatibility and interoperability of signals between BDS and GPS, and the frequency coordination between China and Europe have been continuously pushed forward.

By the end of this year, the launch of all BDS-3 MEO satellites as well as the core constellation deployment of the BDS global system will be completed. Next year, BDS will possess full operational capability.