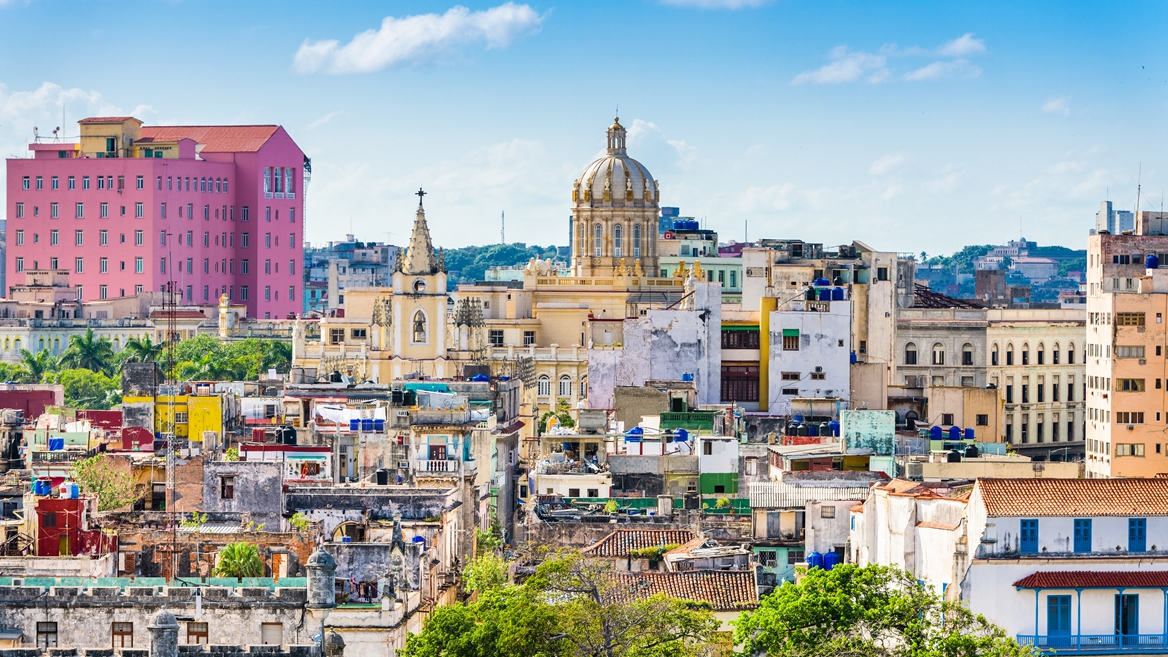 China-Cuba ties, a time-honored friendship, face a new chapter, with the state visit of Miguel Diaz-Canel Bermudez, first secretary of the Central Committee of the Communist Party of Cuba and Cuban president, to China from Thursday to Saturday.

The trip of the 62-year-old Cuban leader made him the first head of state from Latin America and the Caribbean to visit China since the 20th National Congress of the Communist Party of China, which concluded weeks ago and the first foreign leader Chinese President Xi received after returning from Southeast Asia tour.

Noting Cuba is the first Latin American and Caribbean country of the Western Hemisphere to establish diplomatic relations with China in 1960, Mao Ning, spokesperson for the Chinese Foreign Ministry, told a press briefing Monday afternoon that China and Cuba are "good friends, good comrades and good brothers who trust each other and share a common destiny."

Over the past 62 years, China and Cuba, in the face of international changes, have worked hand in hand in the building of socialism with their own national characteristics, supported each other on issues concerning their core interests, and coordinated closely on international and regional issues, Mao said.

China and Cuba have always trusted each other and stood together through thick and thin, Chinese Ambassador to Cuba Ma Hui said in an interview with Xinhua.

China strongly supports the Cuban people in defending the country's sovereignty while respecting Cuba's decision of building a socialist system in keeping with its national context, and China firmly opposes the six-decade-long U.S. embargo against Cuba, Ma added.

China's deputy permanent representative to the United Nations Dai Bing said that a series of unilateral coercive sanctions that the U.S. has continuously imposed on Cuba must be ended immediately, as they have seriously violated the international consensus on the 2030 Agenda and damaged people's living and development rights at the 77th session of the UN General Assembly on November 2.

Speaking of Diaz-Canel's visit to China, Pereira said both countries have maintained close dialogue and exchanges at the highest levels of leadership to chart a course for deepening bilateral cooperation.

Since 2021, President Xi and Diaz-Canel have had phone calls and exchanged letters and messages. On August 30, 2021, President Xi said China is willing to work together with Cuba in building socialism and be good partners in pursuing common development in a phone conversation with Cuban President Diaz-Canel.

The governments of both countries share a common vision of upholding international law, upholding multilateralism and upholding the just claims of developing countries, Pereira said.

As for Diaz-Canel's visit, Han Han, secretary general of the Cuban research center with the Institute of Latin American Studies, Chinese Academy of Social Sciences, said that the face-to-face exchanges between both leaders will undoubtedly enhance political mutual trust and strengthen strategic guidance, which is of great significance to the development of bilateral relations.

Due to the U.S. economic embargo since 1962, Cuba has been struggling with shortages of food, medicines and fuel. Hours-long daily blackouts have occurred in Cuba's largest cities, sparking protests.

In late September, Hurricane Ian tore through western Cuba and caused an island-wide blackout, leaving the government grappling with a deepening energy crisis and simmering discontent among Cubans.

In face of the worldwide economic downturn and energy crisis, Diaz-Canel's visit is widely seen as part of an effort to secure support from a longtime trade and energy partner.

Under the guidance of leaders of the two sides, bilateral cooperation has been significantly strengthened over the past decade, Ma said.

In 2021, the total trade volume between the two countries reached $1.02 billion, surging 7.2 percent year-on-year. China's exports to Cuba stood at $576 million, greater than the import volume of $446 million, showed the Commerce Ministry data.

The data also showed China's imports from Cuba during the first three quarters of this year increased by 18.1 percent year-on-year.

"The flourishing economic and trade ties between Cuba and China are reflected in the effective implementation of the Memorandum of Understanding on Belt and Road cooperation signed between the two countries," Pereira said.

Pereira added that the two countries have maintained close cooperation in energy, e-commerce, biotechnology and medical services, which have broad development prospects.

Despite the COVID-19 epidemic, trade between China and Cuba has remained relatively stable, Han said, adding that the two sides are willing to expand cooperation areas and enjoy broad prospects for cooperation in green energy, digital economy and biotechnology.

E-commerce is a platform for China and Cuba to continue to deepen bilateral cooperation, the Chinese ambassador said at the 38th International Fair of Havana, where Chinese e-commerce platform JD.com presented Cuban products.