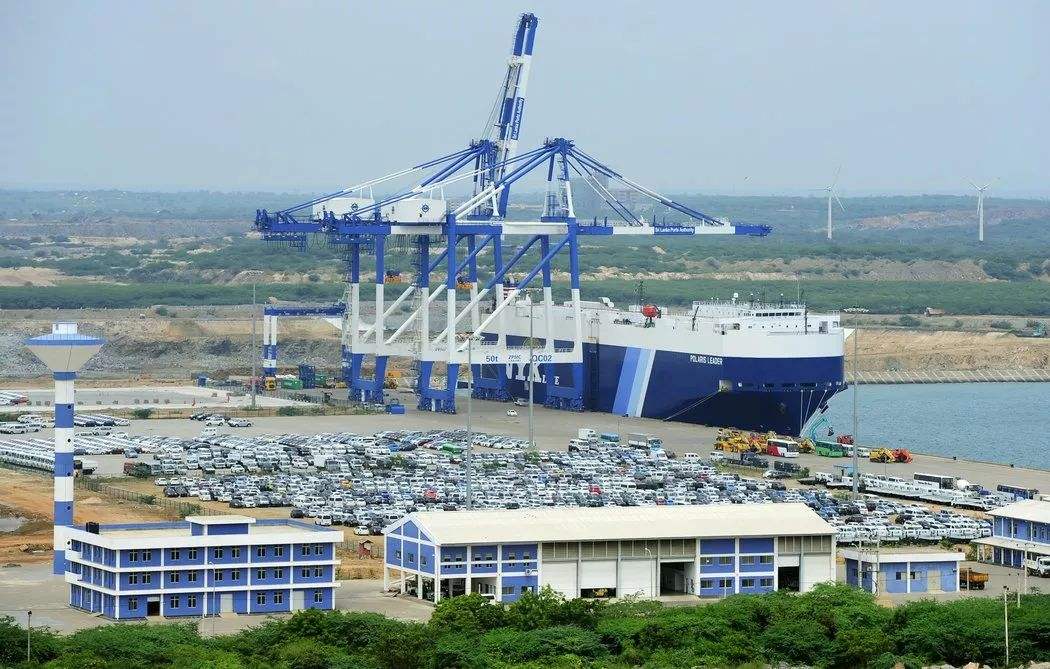 The Chinese Embassy in Sri Lanka on Friday slammed the “debt trap” report on Sri Lanka's Hambantota port project as a false proposition as China is confident in the future relationship of the two countries.

The following is the statement of the Chinese Embassy in Sri Lanka:

I. As a most important development partner of Sri Lanka, China has provided great support including financial assistance to Sri Lanka for its post-war reconstruction and national development at its most needed and crucial moments.

II. Chinese loans are not the main part of Sri Lanka's foreign debt. According to the Annual Report 2017 of the Central Bank of Sri Lanka, the total external debt of the Island country counts US dollars 51.824 billion, among which outstanding Chinese loans takes up only about 10.6% with the amount of USD 5.5 billion. Besides, 61.5% the Chinese loans (USD 3.38 billion) are concessional ones with a much lower interest rate than the international market. The commercial loans from China are also negotiated at an appropriate rate by the two sides according to then international market.

III. The Chinese projects in Sri Lanka adhere to the golden rules of "extensive consultation, joint contribution and shared benefits". Most of the major projects related to the national economy and people's livelihood such as ports, roads, airports, power stations, and water conservancy. They are based on the urgent needs of the economic and social development of Sri Lanka, and proposed by the successive governments on the basis of sufficient feasibility studies. However, Sri Lanka itself lacks relevant funds, experience and technicians to meet the difficulties of large capital requirements, low returns, high risks, long return times, and high technical thresholds of these projects. As a result, Sri Lanka turns to request cooperation from the international community including China.

From the friendly bilateral relations, the Chinese government has made special arrangements in terms of funds, while Chinese companies work hard to overcome the difficulties and actively participate in projects construction. This has greatly stimulated Sri Lanka's economic growth, largely provided employment opportunities, and well improved people's livelihood, which completely renewed the economic and social outlook of the country.

IV. China is pleased to see that the major projects and technical talents built and trained with the support of the Chinese side have become valuable assets of the Sri Lankan nation and people, and will provide a continuous momentum for the all-round development of the future. China is full of confidence in the future development of Sri Lanka

V. Just as the construction of the Hambantota Port project, the transfer of operation of the port was also proposed by the Sri Lankan government to the Chinese side, and finally agreed through rounds of friendly and equal commercial negotiations. The purpose was to fully exploit the geographical advantages of Hambantota, improve operational efficiency and revitalize good assets, so as to further develop the port economy of Sri Lanka. At present, the port business is operated by Sino-Sri Lankan joint ventures, the port revenue is shared by both sides, and the port security is entirely under the responsibility of the Sri Lankan government. The so-called Chinese taking advantage of the debt for its hiden agenda and other attempts are simply untenable.

VI. In summary, the so-called "Debt Trap" is a false proposition created by the Western media, with a direct attempt to obstruct the joint development of China and other developing countries including Sri Lanka, while the fundamental purpose is to maintain the Western world's "traditional" superior position in the international and regional politics and economics. China will continue to provide selfless support including much-needed funds for the development of Sri Lanka, and would like to work together with Sri Lankan governments, business community, media and the general public to eliminate interference, strengthen confidence, and jointly promote the pragmatic cooperation for the benefit of the two countries and the two peoples.