UNITED NATIONS, April 5 (Xinhua) -- China is strongly committed to de-escalating and ending the conflict in Ukraine as soon as possible, an envoy said on Tuesday. 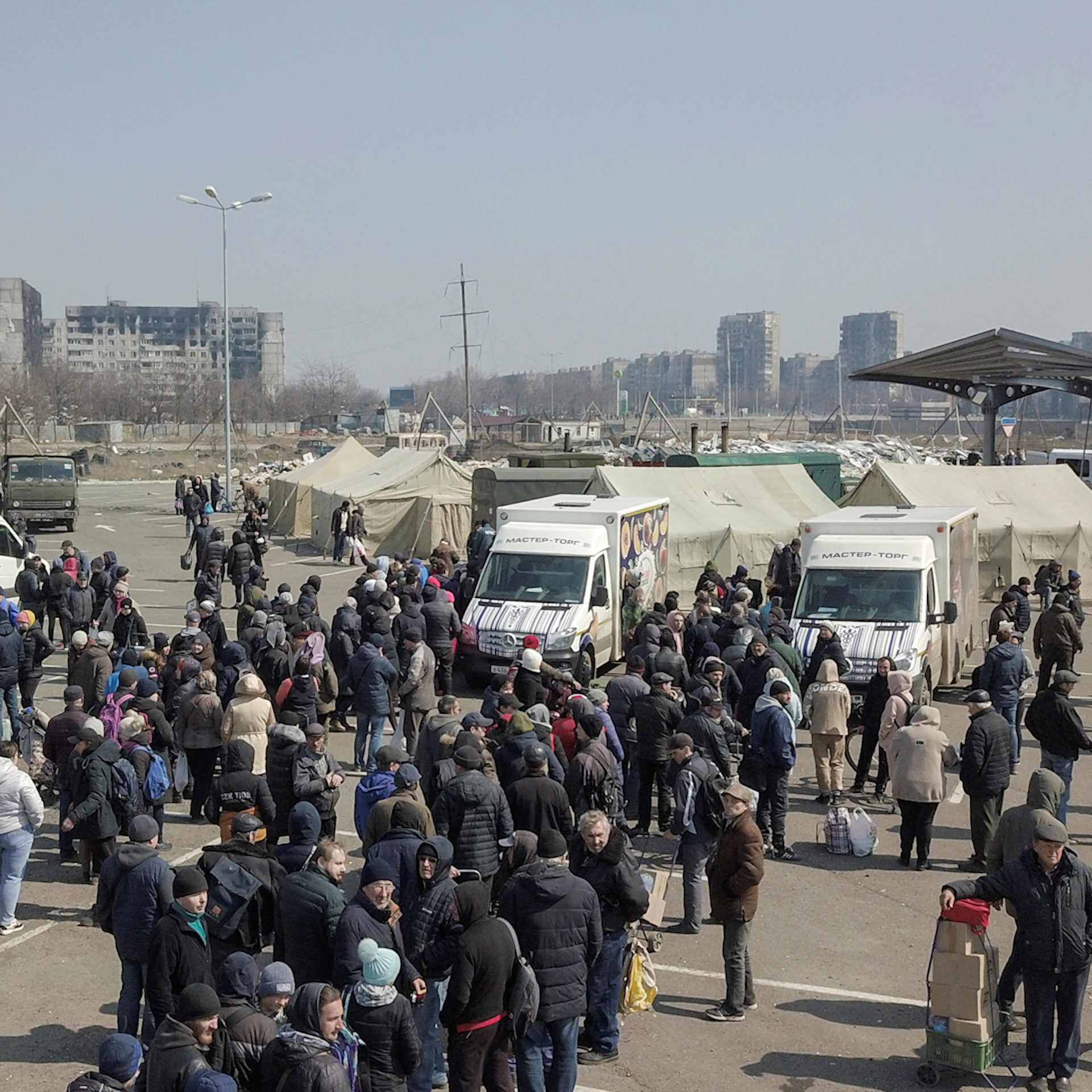 "De-escalation and putting an early end to the conflict in Ukraine is the earnest expectation of the international community and the strong desire of China," China's permanent representative to the United Nations Zhang Jun told the UN Security Council's briefing on Ukraine.

Zhang said that the Russian Federation and Ukraine have had rounds of negotiations and China welcomes the two sides to stick to the general direction of peace negotiations, overcome difficulties and differences, and continue to build conditions for a comprehensive settlement of the crisis.

"The international community should create favorable conditions and environment for negotiations between the two sides, open up space for political settlement, and should not set up obstacles for peace, let alone add fuel to the fire in aggravation of confrontations. Every effort should be made to prevent the escalation of the local conflict," Zhang said.

"As the conflict continues, we call on the parties to abide by international humanitarian law, protect the safety of civilians and civilian facilities, minimize civilian casualties, ensure safe and smooth humanitarian corridors for evacuees and humanitarian assistance, and guarantee the basic rights of women, children, and wounded and detained fighters. Humanitarian issues should not be politicized," he said.

On the protection of civilians, the ambassador said that "civilians should be spared of any forms of violence in armed conflicts."

"Attacks against civilians are unacceptable and should not occur," he said, noting that "the reports and images of civilian deaths in Bucha are deeply disturbing."

"The relevant circumstances and specific causes of the incident should be verified and established. Any accusations should be based on facts. Before the full picture is clear, all sides should exercise restraint and avoid unfounded accusations," he stressed.

Echoing the views of UN Secretary-General Antonio Guterres, Zhang said that "the spillover effects of the Ukraine crisis is having a major impact on the world, developing countries in particular."

Referring to sanctions imposed, the ambassador said that "sanctions are not an effective means to solve the problem, but will instead accelerate the spillover of the crisis, and bring new and complex problems."

"Today, with the deep development of globalization and the closely linked community of mankind, the implementation of all-dimensional and indiscriminate sanctions is tantamount to politicizing, instrumentalizing and weaponizing the world economy, triggering a serious crisis in the fields of global economy and trade, finance, energy, food, industrial chain, and supply chain, endangering decades of development gains of the international community, and making people of all countries pay a hefty price," he said.

Zhang underscored the fact that the vast number of developing countries are not parties to the conflict, and should not be involved in this confrontation, let alone be forced to bear the consequences of geopolitical conflicts and great power competition.

"The world's major economies should be responsible for managing the risk of spillover of the crisis, and maintaining the stability of global markets and the momentum of global economic recovery," said the envoy.

Talking about sovereignty and territorial integrity, Zhang said that more than 30 years after the end of the Cold War, such a geopolitical tragedy taking place in Europe now "deserves our profound reflection."

"The security of all countries is indivisible, and the security of one country cannot be achieved at the expense of the security of others. We call upon the United States, NATO, and the European Union to engage in comprehensive dialogues with Russia to face head on their differences accumulated over the years, find solutions to the problem, and promote the building of a balanced, effective and sustainable regional security framework," added the ambassador.

Zhang pointed out that on the issue of Ukraine, China does not seek geopolitical self-interest.

"It is not our mindset to watch the situation indifferently from the side line, let alone do anything to add fuel to the fire. There is only one goal we sincerely look forward to, and that is peace. China will continue to promote peace talks and play a constructive and responsible role in helping resolve the crisis in Ukraine," he concluded.

Britain, April's Security Council president, initiated this meeting with the aim of providing a comprehensive update on the political and humanitarian aspects of the conflict in Ukraine.

The speakers called for an immediate end to the conflict and expressed deep concerns over the humanitarian crisis caused by it. They stressed the importance of dialogue and negotiation in resolving the crisis.

They also addressed a number of other issues, such as food and energy shortages and price hikes, while calling for the protection of civilians, especially women and children, as well as humanitarian workers and the protection of the basic rights of prisoners of war, civilian infrastructure and cultural relics.

Griffiths urged council members and all powerful member states to work together for peace and to alleviate the humanitarian disaster.