Chinese President Xi Jinping, also the General Secretary of the Central Committee of the Communist Party of China (CPC), will pay a state visit to the Democratic People’s Republic of Korea (DPRK) from June 20 to 21 at the invitation of Kim Jong-un, Chairman of the Workers’ Party of Korea (WPK) and Chairman of the State Affairs Commission of the DPRK. 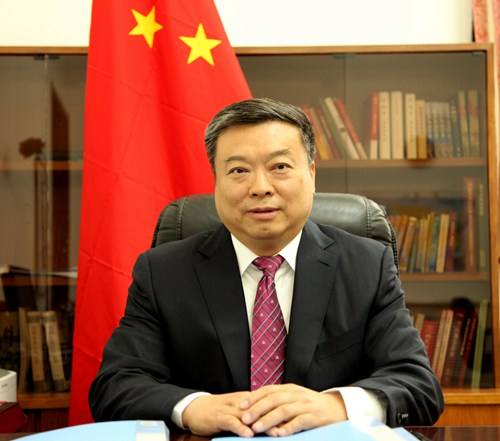 President Xi’s visit is of special significance as it comes at a time when the two countries celebrate the 70th anniversary of the establishment of diplomatic relations. It will open a new chapter of bilateral friendship, and become a major and pleasant event of the year for the two parties, two countries and two peoples, as well as a new milestone for the relations between the two countries.

At present, the DPRK is preparing for the reception work. Pyongyang, capital of the DPRK, is filled with a festive atmosphere, and expectations for President Xi’s visit are running high across the country.

China and the DPRK are friendly neighbors linked by mountains and rivers. Over the past 70 years, the two parties and countries have always treated each other with sincerity and trust, helped each other, and made concerted efforts no matter in the period of striving for national independence and national liberation, or during the period of socialist revolution and construction.

Over the past 70 years, generations of leaders of both countries maintained close exchanges, and the people of the two countries always supported and trusted each other through hardships.

Over the past 70 years, the two parties, two countries and two peoples worked hard and collaborated with each other with sincerity to safeguard independence and sovereignty and maintain regional peace and stability.

Practices have proven that the friendship between China and the DPRK has withstood the test of the ever-changing international landscape. The friendship has been deeply rooted in the hearts of the two peoples and will remain strong and unbreakable.

Since late March last year, President Xi has held four meetings with Kim in less than 10 months. Both sides exchanged views on bilateral relations, the tensions on the Korean Peninsula and other issues of common concern in a comprehensive and in-depth manner. A series of important consensuses were reached, pointing a direction for the development of China-DPRK relations in the new era and writing a new chapter of the traditional friendship.

Furthermore, both heads of state of the two countries agreed that regardless of any changes in the international situation, both sides will firmly grasp the general trend and the big picture of China-DPRK relations, strengthen high-level exchanges, deepen strategic communication, expand friendly exchanges, and benefit the people in the two countries and beyond.

Under the promotion and guidance of the two leaders, bilateral exchanges and cooperation especially in culture and sports have made steady progress with more dynamism.

Since April 2018, multiple Chinese delegations including an art troupe, a delegation of celebrities and an athlete delegation have visited the DPRK, bringing the Chinese people’s friendship to the DPRK. In January this year, an art troupe from the DPRK paid a visit to China, and was well-received by Chinese audience. Such exchanges have strengthened the bond between two countries and built closer relationship between two peoples.

This year marks the 70th anniversary of the founding of the People's Republic of China. The country has entered a new era of socialism with Chinese characteristics. The entire Chinese people are rallying closely around the CPC Central Committee with Comrade Xi Jinping as the core and striving to realize the two centenary goals and the Chinese dream of achieving the great rejuvenation of the Chinese nation.

The DPRK people, under the leadership of the WPK headed by Kim Jong-un, are actively implementing the strategic line of the WPK to concentrate all efforts of the whole party and the country on the socialist economic construction, and advancing the socialist construction into a new phase.

It’s believed that President Xi’s historical visit to the DPRK will continue the friendship between two countries and further the bilateral relationship so as to benefit the two countries and the two peoples, and make positive contributions to the peace, stability, development and prosperity of the region and even the world at large.

China and the DPRK are good neighbors, good friends and good comrades. Serving as the Chinese Ambassador to the DPRK for over four years, I have a deep feeling of the profound and close friendship between the two countries, and also the strong aspirations and expectations from two parties, countries and peoples on maintaining and further developing the traditional friendly relationship.

I firmly believe that the traditional friendly and cooperative relationship between China and the DPRK will be further enhanced with joint efforts under the care and guidance of the top leadership of both parties and countries, and President Xi’s state visit to the DPRK will create an opportunity to usher the relationship into a brighter future.

(Li Jinjun is the Chinese Ambassador to the DPRK.)