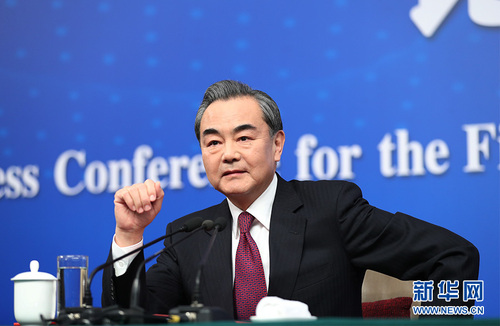 Chinese Foreign Minister Wang Yi is welcoming and expressing his support for the meeting between US President Donald Trump and North Korean leader Kim Jong-un in Singapore.

Wang has made the comments while meeting with ASEAN Secretary General Lim Jock Hoi in Beijing.

He says the Singapore meeting marks a new page in history after half a century of tensions between the US and North Korea.

Chinese authorities had been calling for conversations on equal terms between Trump and Kim, encouraging the two countries to take concrete steps toward peace.

The Chinese Foreign Minister also says China will continue to do its part in helping denuclearize the Korean Peninsula.